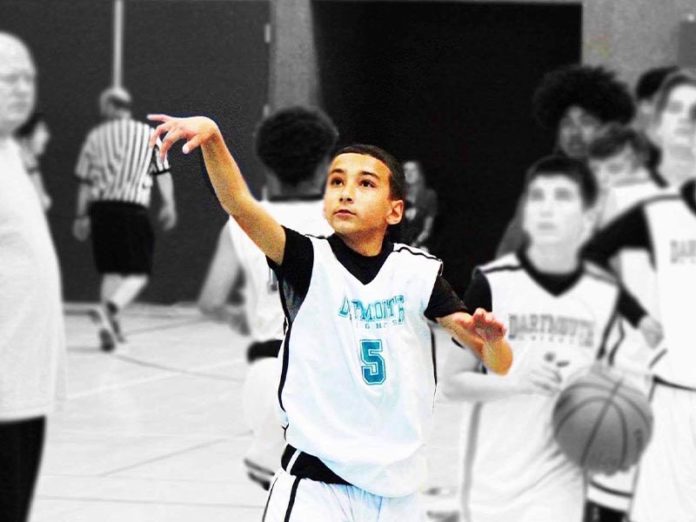 (A Quick Run Down)

There is a lot to dive into here, so let’s get to it. Winter sports have started for the middle schools in the valley: this includes boys and girls basketball and boys soccer. It’s fun to go out and watch the middle-schoolers play: you get a chance to see what athletes have the potential to play in high school, as well as getting the opportunity to see them grow and develop into elite athletes.

One of these athletes that are standing out is Ethan Saenz of Dartmouth. Saenz is only a 6th grader but is the starting point guard at Dartmouth middle school. He is still young and with that, a little undersized, however, he doesn’t let that affect his game. Saenz is a natural scorer but does a great job at filling out the stat sheet: he gets assists and rebounds on a regular basis and plays “in your face” defense. Last week Saenz and the rest of his team put the smackdown on Diamond Valley. The final score was 36-6. Keep working hard middle schoolers, you never know when we are watching!

San Jacinto’s Arturo Ojeda Jr. finished his league wrestling season as the Heavyweight champ. He was undefeated on the year and has been dominating gyms all winter. Ojeda’s wrestling season will continue with CIF and State tournaments on the way. He is positioned to make a deep run in the brackets and could potentially win the whole thing.

Citrus Hill is currently in the running to finish as the league champs in boys soccer, with an 11-5 record. Hemet High’s girl’s soccer team is expected to finish in first place in the league this year. They have a 16-3-2 record and have scored 79 goals to their opponents 15. They have been awfully dominating this year and could potentially make a deep run in the CIF playoffs.

In boys basketball, Citrus Hill has dominated the league. It’s important to note some of the basketball players that stood out this season as exceptional athletes who should be playing at the next level when they graduate: Tahquitz’s Jaden Haywood, Citrus Hill’s Brain Brown Jr., West Valley’s Elijah Edwards, Beaumont’s Riley Sutton, and San Jacinto’s Jorden Hudson. All of these young men played hard all season long and showed the true spirit of “Mamba Mentality.” In girl’s basketball, Hemet and Beaumont are neck and neck, although Hemet has a better overall record. Beaumont’s leading ladies; Jada Long and Jana Roman aren’t ready to call it quits just yet  though. The Freshman and Sophomore tandem is going to keep playing until the final whistle in hopes to break into a CIF bracket. If they don’t, expect both of them to be a force to be reckoned with next season. With a full year of training under their belts, they will be a problem for the opposition.

Well, that’s it for the winter sports round up! Spring sports will be starting soon, so until then…stay tuned.

Search: A Quick Run Down

Titans Hold Off Mustangs Attempt At A Comeback Victory

Kyle Headlee - October 10, 2019
In our first game this week we take you to Titan Stadium, where the Tahquitz Titans hosted their cross town rivals the West Valley Mustangs. Tahquitz and West Valley have been rivals since Tahquitz opened in 2007, forcing a very promising group of football players to split up.