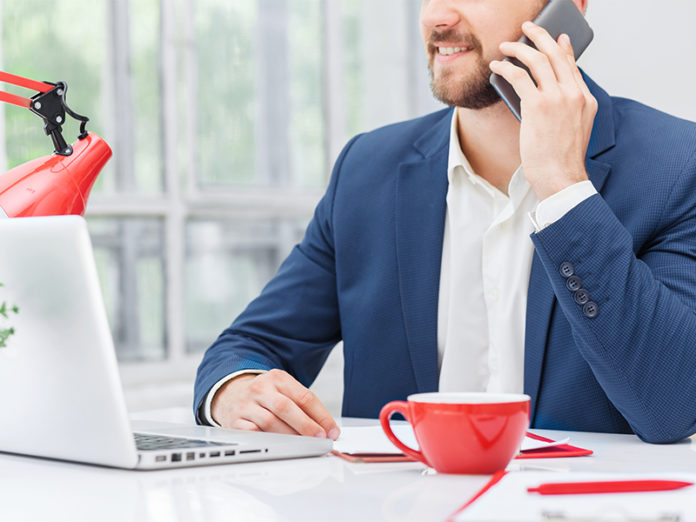 (Advertising is a problem)

When I heard the doorbell ring that Saturday afternoon, I did something I had never done before. I bought something from a door-to-door salesperson.

It was a pest control representative who was canvassing the neighborhood for new business. The logo on his bright green golf shirt matched his truck in the driveway. He introduced himself and said, “I see you have a vole problem. Have you tried anything?”

“How do you know there’s a vole problem?” I asked.

“When I got out of the truck, I noticed the spongy ground next to the driveway. That’s an obvious sign.”

In just a few seconds, he had identified a problem. Obviously, he knew what he was doing. “You’re right,” I said. “We’ve had voles in our yard for several years. A company has been working on the problem, but that doesn’t seem to be helping.”

Voles are small mole-like rodents that burrow underground and feast on the bulbs and roots of plants. The ground in an infested area is spongy, because their tunnels are close to the surface. A mating pair can produce up to 100 voles in a year. In other words, if voles settle in your yard, you’ll have a lot of them in a short period of time.

That salesperson caught me at the right time to make a sale, because he was observant. He knew without a doubt that there was a problem that needed to be solved. He said his company had a special treatment which was proven to have impressive results. I agreed to let them give it a try. Within a few weeks after their first treatment, we could tell a difference. Although the treatments haven’t eliminated the problem completely (can anything do that?), it has dramatically reduced the infestation.

His approach illustrated the importance of being observant. His company’s customer database probably revealed information about neighborhoods with vole problems. And he looked for symptoms when he pulled into the driveway.

Although selling advertising is not quite like selling pest control services, there are a number of things to observe before approaching an advertising prospect. Here are a few examples:

1. History. What promotions has your prospect run in past years? What were the results? What lessons can be learned?

2. Time of year. Is there a prime buying season for the widgets your prospect sells? People usually don’t buy lawnmowers in the winter or snowblowers in the summer.

3. News stories. Have they announced the addition of a new product line? Is there going to be a grand opening of a new location? Has there been an ownership change?

4. Ads in other media. Are they running ads in other advertising outlets? That’s a clear sign that they have a marketing budget and may be open to other ideas.

5. Competitors. What products and services are currently being promoted by their competitors? They’re running those ads now for a reason. Maybe you could follow their example.

Who knows? One of these ideas might ring a bell.

Search: Advertising is a problem