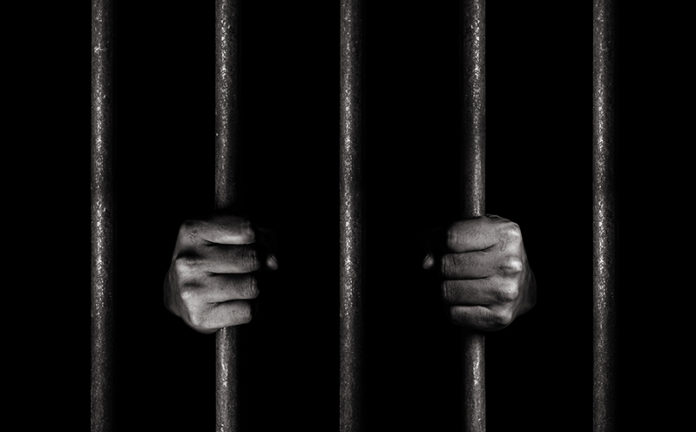 A 22-year-old man who groped a girl in a Menifee park pleaded guilty to lewd acts on a child on Wednesday, August 21.

Roland George Riddell admitted the felony count during a status hearing at the Southwest Justice Center in Murrieta.

Riverside County Superior Court Judge Mark Mandio scheduled a sentencing hearing for Oct. 24. Riddell is free on a $55,000 bond. According to sheriff’s officials, on the evening of April 21, 2018, Riddell was roaming La Ladera Park when he accosted the young girl, whose name was not released and whom Riddell did not know.

Riddell touched the child’s buttocks several times while speaking to her, prompting adults supervising other children nearby to shout at him, investigators said.

Riddell tried to run away, but several men chased him to the edge of the park and grabbed him, holding him until deputies arrived.

No one was injured.

Part of the apprehension was videotaped by a witness using a cellphone, authorities said.

Riddell’s attorney sought a mental health assessment, but that endeavor was abandoned when the plea agreement was reached, according to court records. Riddell has no documented prior felony convictions.

On Wednesday, August 21, 2019, at approximately 4:00 PM, Deputies from the Riverside County Sheriff’s Department, Palm Desert Station, responded to a single-vehicle traffic collision on the 49-000 block of Hwy 74, Palm Desert.  It was determined the driver, Mark Jonathan Wilson, 60 years of Palm Desert, was traveling southbound on Hwy 74 when he veered off the roadway and collided with a wall. Wilson suffered superficial injuries as a result of the collision.  During the investigation, it was determined Wilson showed symptoms of being under the influence of alcohol and/or drugs. Wilson was arrested for driving under the influence and was transported to a local hospital as a precaution. Once treated, he was booked into the Riverside County Jail in Indio.

On Saturday, August 17, 2019, at 7:55 PM, deputies from the Lake Elsinore Sheriff Station responded to a report of a deceased male, in an open area west of the roadway at S. Main Divide about 3.5 miles south of Ortega Highway. CAL Fire initially responded and pronounced the male deceased. Based on trauma found on the victim, a crime scene was secured, and the Central Homicide Unit responded. The victim has not been identified at this time. This investigation is on-going and no further information will be released at this time.

The Riverside County Sheriff’s Department encourages anyone with information regarding this incident to contact Central Homicide Investigator Manjarrez at (951) 955-2777, or Lake Elsinore Sheriff Station Investigator Gilbert at (951) 245-3300.

On August 21, 2019, at 12:07 a.m., Deputies from the Riverside County Sheriff’s Department, Palm Desert Station responded to a single-vehicle traffic collision in the 70500 block of Dinah Shore Drive, within the city of Rancho Mirage. Deputies determined a silver Honda sedan traveling westbound on Dinah Shore Drive veered off the roadway causing the vehicle to roll over. The driver of the Honda, Jesus Ernesto Ontiveros-Rodriguez, age 28 of Cathedral City, was determined to have been operating a motor vehicle under the influence of alcohol. Jesus Ernesto Ontiveros-Rodriguez was transported to a local hospital and was admitted for non-life-threatening injuries.

The trial was delayed on August 21, for a man accused of trying to kill two people by setting fire to homes at a Desert Hot Springs mobile home park in 2016.

McPeters also faces sentence-enhancing allegations of causing multiple structures to burn and committing arson while the state’s emergency drought regulations were in effect. His trial was scheduled to begin this morning at the Larson Justice Center in Indio, but was delayed at least until Sept. 30. Riverside County District Attorney’s Office spokesman John Hall said prosecutors are ready to proceed, attributing the postponement to the defense attorney’s schedule and other pending trials.

The criminal complaint accuses McPeters of targeting and threatening the lives of a man and a woman, as well as setting fire to several structures late on the afternoon of June 3, 2016, at Palm Drive Mobile Estates at 15687 Palm Drive, causing an estimated $40,000 in damage. Flames spread by strong winds prompted residents living downwind of the fire to evacuate.

More than 30 firefighters were dispatched to the scene, one of whom was evaluated at a hospital for non-life-threatening injuries, Jody Hagemann of the Riverside County Fire Department said at the time. Crews contained the fire a little more than an hour later, but remained on scene for several hours, she said.

McPeters was arrested later that night by Cal Fire investigators and has remained in custody in lieu of $1 million bail ever since. He’s currently being held at the Robert Presley Detention Center in Riverside.

Authorities responded to a 911 call made around 4:10 p.m. Tuesday from a home on Marion Way near Joshua Tree Place, according to Palm Springs police Sgt. Mike Casavan.

The Riverside County Coroner’s Bureau was investigating the octogenarian’s death. His name was not immediately released.

An earthquake with a preliminary magnitude of 3.4 struck near Cabazon, but no damage was reported this morning.

The quake struck at 11:50 p.m. Tuesday about seven miles north northeast of Cabazon and about 14 miles east northeast of Beaumont at a depth of about 10 miles, according to a computer-generated message from the U.S. Geological Survey.

There were no immediate reports of injuries due to the quake.

An 18-year-old from Corona and his girlfriend who killed their newborn daughter and dumped her remains near Interstate 15 both pleaded guilty on Tuesday, August 20, to murder.

Joshua Tyler Benson and Shawna Joelle Andritch, 23, admitted during a status hearing at the Riverside Hall of Justice to taking the life of the infant, known only as “Baby Jane.”  Under the plea agreement with the Riverside County District Attorney’s Office, Benson pleaded guilty to first-degree murder, while Andritch confessed to a second-degree murder charge. He’s facing 25 years to life in state prison, and she’s facing 15 years to life when they are sentenced by

Each is being held without bail at the Robert Presley Detention Center in Riverside.

The pair were arrested in December for the killing five months earlier.

The dead infant was discovered by a landscaper in a cardboard box on the afternoon of July 27, 2018, near Interstate 15 and Cajalco Road. She was wrapped in a men’s T-shirt — which Benson later admitted was his — and had a blanket and stuffed animal with her, prosecutors said, adding that afterbirth was still on the baby’s skin.

Coroner’s officials could never confirm a specific cause of death. However, they did verify that she was not stillborn, surviving birth and killed sometime immediately afterward, according to the District Attorney’s Office.

“Further investigation revealed that the (defendants) had intended to kill the baby from the beginning … succeeding and leaving (her) in the box under the freeway,” according to an agency statement.

The case triggered community outrage, and police turned to the public for assistance identifying the parents, but few clues were forthcoming last summer.

Public safety officials raised funds to pay for Baby Jane Doe’s burial, which generated additional publicity about the case, culminating in the identification of the defendants as the perpetrators.

Andritch has no documented prior felony or misdemeanor convictions. No information was available concerning Benson, who was a juvenile at the time of the murder.

Man Whose Body Left in Forest near Lake Elsinore Identified

A man whose body was dumped in the Cleveland National Forest just west of Lake Elsinore was identified on Tuesday, August 20, as a 31-year- old Wildomar resident.

Frery Coronel’s remains were discovered by passers-by shortly before 8 p.m. Saturday along the west side of South Main Divide Road, roughly 3 ½ miles south of the Ortega (74) Highway, according to the Riverside County Sheriff’s Department.

“Based on trauma to the victim, a crime scene was secured, and the Central Homicide Unit responded,” sheriff’s Sgt. Ben Ramirez said. He did not disclose how Coronel was killed, nor how long the body may have been there before it was found.  No suspects have been identified, and the investigation is ongoing, according to Ramirez.

Contributed - May 28, 2020
A white woman called the NYPD and accused a black man of threatening her and her dog after an exchange that started when the man asked the woman to leash her dog in Central Park.

Contributed - July 14, 2022
On July 12, 2022, about 8:49 PM, deputies from the Riverside County Sheriff’s Department, Moreno Valley Station, responded to the report of a major-injury traffic collision on Indian Street, north of Hemlock Avenue, in the city of Moreno Valley.