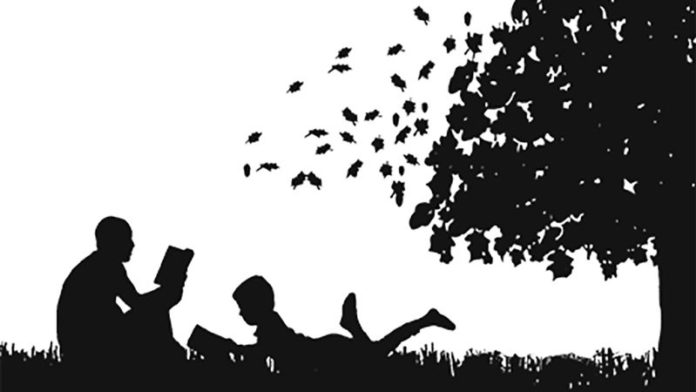 (Different Point of View) The man who had been a pillar of strength all my life, crumbled at the end—hard. The man whose mere presence was a source of extreme comfort for me, his last days were extremely uncomfortable. Someone who had helped thousands of families through thick and thin, had no one who could help him through his pain and suffering. It was sad to see him wither away but even sadder to see him welcome death over life because there was no quality left to his life.

We knew it was time for him to go and we were prepared for the news. But, when the news came, the shock was still very strong and jarring. I had never cried so much as I did when he took his last breath. Not so much at the void that he has left but at the relief that he was no longer suffering and could finally be at peace. May he rest in peace!

I remember my childhood and growing up under his watch. He was a good father and like all good fathers, gave us all the resources to grow and to be successful. He showed affection at a time when showing affection was not part of our culture. Fathers were meant to be strong disciplinarians with rigid and cold personalities. We were meant to fear our father. He was not supposed to be affectionate. He never uttered the words, “I love you,” to us. It was not part of our culture, or even of our language. But he made us feel loved, with his actions and his care, so that we never had to wonder. We just knew.

He had a great personality, was full of charm, and had a good sense of humor. I learned my first prayer from him and my strong belief in God came from his teachings. I learned about history and philosophy from him and even about medicine, as he practiced medicine as his calling. He taught me to be caring and giving, as a means to happiness. I also learned my first raunchy joke from him, when he told it to his friend while pretending I was not within earshot; not to mention, my love for reading, when he made all of his magazines and books available to me, irrespective of my age and the ability to handle adult content.

( Different Point of View ) We are three brothers and one sister and throughout our years, he helped nurture and develop our personalities as they suited us best. We each required different handling techniques and without any formal training, he and my mother managed to help us grow as unique individuals. He loved my mother with all of his heart and I think his decline started when she passed away at a rather young age.

Getting old is not for the weak, as the thought goes. He was strong, and as I learned, getting old is not for the strong either. Things start to happen that one normally does not anticipate, even though we see all others go through the same aches and pains. Body starts to collapse. Organs start to hiccup. Skin starts to loosen. Joints stop working. Pain becomes the norm, rather than the exception. More and more pills become part of the meal plan. Side effects from those pills add to the misery and soon quality of life is only as good as the effectiveness of the medicines being prescribed.

We wanted him to go in the end. He was bedridden. He could not move around, could not go to the bathroom on his own, and eventually could not even talk properly. The picture of a man with the ability to conquer the world changed to a shriveled skeleton of a being. That is the biggest loss for me.

The other day I looked in the mirror and saw my father staring back at me. Most people say that I look just like him and it was uncanny to see him standing there across from me, as he had looked when he was my age. I felt a sharp pang in my heart, as it became quite clear that I had reached that very same age when my father had started to decline. I just wish I could go back in time and do things differently, just to minimize the toll that life is about to take on me. I just wish I could get a second chance to be with my father and not take him for granted this time around. Alas!