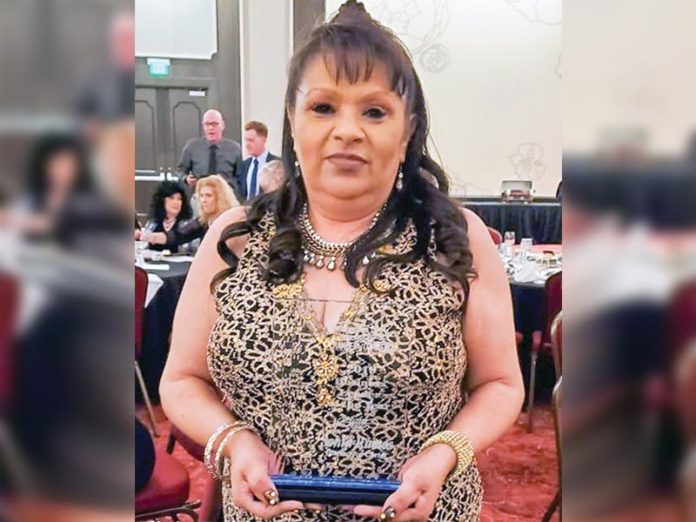 (Local Boxing Organization) In San Jacinto, a boxing association has been making an impact in our community for years, and it shows no signs of slowing down.

Boxing for Christ, located at 180 Idyllwild Drive, was founded in January of 2012. It all began on a promise that founder Sonia Ramos made many years ago.

Her son, David Flores, is the reason that Boxing for Christ exists. “I didn’t want these kids to make the same mistakes that he made at their age,” Ramos said. Born in 1990, David grew up with a love for boxing, and eventually became a 4-time Silver Glove USA Boxing Champion.

As a teenager, he found it hard to find resources locally to help him and struggled to find a job to support his family. Unfortunately, he took a wrong job, and as a result, was sentenced to 27 years in a Correctional Facility State Prison on a crime involving drugs.

Sonia, who used to be a heavy drug dealer and gang member, knew she could not let what happened to her son David, continue with the youth of her community. She made a promise to God, if he saved her son, she would help save and guide the children and teenagers from the dangerous life of the streets, gangs and drugs, that so often presented itself to the troubled and underrepresented youth.

Now, seven years and seven months later, Ramos says that she has, “…had about 900 students go through our program. We now have had golden gloves, silver gloves and national winners”.

With the large amount of students that have been a part of Boxing for Christ, Ramos has been able to see the drastic impact that her association has had on the youth. Describing the feedback she has received from students, she says, “They love it. They have lost a lot of weight. Their kids are doing better in school and at home after being in our program”.

Keeping an association thriving the way that Ramos has is extremely difficult, especially when it comes to expenses. She says that funds are their biggest challenge. “We need them for traveling, uniforms, tournament fees, equipment, USA membership fees, rent, supplies, etc.”

Although there are many donors whose contributions are much appreciated, Ramos and Boxing for Christ are always thankful for any other donations. The money goes directly towards funding an outreach for the youth of the community who want to better their lives in one way or another.

Ramos sees a difference between her organization and other boxing organizations. The difference is: “We are all one family. We don’t have a head coach. They are all equal. ” She adds, “None of them get paid for training these kids and young adults.”

The four coaches are Jack Flores, Danny Flores, Moises Pelayo and David Flores. Yes, David Flores, who was released from prison in 2013 and did not have to serve the original 27-year sentence, is a part of the organization that his mother began as a promise to God and our community’s youth.

Ramos’s story is truly inspiring, showing how much of a persevering and strong-willed woman she is. According to a documentary on her and the association, “Throughout the programs existence Sonia has been tested in her walk of faith by a diagnosis of a tumor, a corrupt Pastor extorting her program’s money, family separation, the loss of her house, cars, employment, and the burden of personally funding the Boxing for Christ program. Despite Sonia’s arduous journey, she remains committed to her promise to save the sons and daughters of her community from the corruption of the streets.”

Sonia was recently recognized for her strenuous efforts of positive change at the Hemet and San Jacinto Valley Chamber of Commerce. She won the Female Business Leader of the Year for 2019.

Ramos encourages you to reach out and join Boxing for Christ. She tells all prospective students to, “…give it a one-day free try and see what they think of it”. Religion is not mandatory; the name of the organization is simply an acknowledgment of her faith in Christ.

The author of this story can be contacted at: villalobos3fidel@gmail.com

Contributed - March 12, 2020
The Hemet/San Jacinto Student of the Month Program honored seven seniors at a breakfast celebration on Feb. 13 at the Sizzler restaurant in Hemet

Under Our Skin: How racism leaves an unmistakable mark on Black...

Contributed - October 10, 2020
I’m only now coming to grips with what it has meant to my soul – and my body – to have been born Black in the Deep South in the shadow of Jim Crow and raise my kids during the era of Donald Trump. I’m one of the fortunate ones because I’ve survived to tell my own story and lived long enough to see science begin to answer questions that have long lingered in my brain. In this excerpt from “Why We Didn’t Riot: A Black Man in Trumpland,” I try to capture that truth.