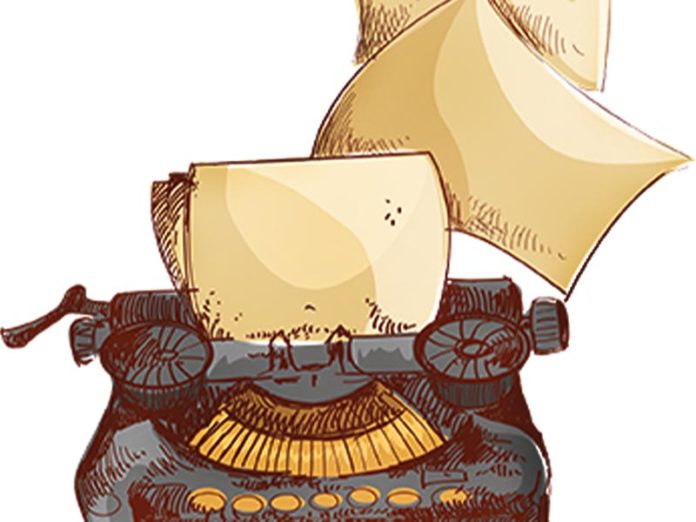 (CHAPTER XII) I loved contests as a kid.  It didn’t matter what kind of contest.  I simply had to compete if there was a contest.  I entered write-in contests from magazines, spelling contests, singing contests and even Bible contests.

One summer, Pat Withrow’s Union Mission sponsored a youth participation drive, the object being to bring in more young people to the Mission’s juvenile programs.

The contest took place during the summer of 1938 or 1939.  I was not, nor was anybody in my family, a member of The Union Mission.  Grandma did take me there from time to time. She believed one church was as good as another.  She attended churches throughout Kanawha County.

I enlisted in Pat Withrow’s crusade for youth for one reason.  The first-place prize was a brand new Schwinn bicycle. I wanted that bicycle, so I became the most energetic recruiter in the program.  It worked like this; we received points for each new member who actually signed up for the program. Printed sheets were issued by the church and passed out to members of the crusade.  All we had to do was have anyone under the age of 21 sign the pledge to attend a meeting.

I worked overtime, taking out 100 sign-up sheets at a time.  Canvassing the streets of Charleston, no kid was safe from my assault.  “Just sign here, that’s all you need to do.” I worked restaurants, department stores and Sunday school at Hissom’s Tabernacle.

By the end of the summer, I had attained the highest score, 39,980 points – only 20 points shy of the 40,000 set as a perfect score.  It didn’t matter to me if they ever came to youth assemblies, I just wanted to win. I won the contest and the bicycle and got my picture published with my prize in the Charleston Daily Mail, our afternoon daily paper.  Mama was the proudest mother in town. She bought up a dozen papers and sent clippings to all of her out of town friends.

During the thirties, movie theaters had raffles and gave away groceries, dishes, and a variety of other things useful to the home.  We were in a depression. Water glasses, salt and pepper shakers, dishes came in boxes of dishwashing powder, cereal boxes and were also given away at filling stations when one purchased ten gallons of gasoline (at fifteen cents a gallon).  Giveaways were big as were contests. A prize for everyone.

I began to sing at an early age.  Radio Amateur Hours were big stuff, with a shot at Major Bowes Original Amateur Hour the be-all for untried talent.  I never tried for Major Bowes, but I did enter every radio amateur hour in Charleston. Sometimes I had competition, some of it serious.  There were always the usual would-be singers that would have fared better-calling hogs, but some of the kids were really good.

Two kids I went to school with were always in competition, Helen Walker and Sonny Kessler.  Each of us won our share of the competitions. Once Sonny beat me out. We both sang popular songs; his “Rosalie” hit a home run against my “Rhythm In My Nursery Rhymes.”  I won my fair share of those radio amateur hours.

Another of my favorite contest formats was the radio spelling bees.  One stands out above the rest. We were whittled down to me and another boy, a kid with blond hair as curly as Shirley Temple’s.

We were going head to head when the moderator posed a tie-breaker question.

“Okay boys, I’m looking for a particular word description for ‘bright,’ beginning with the letter ‘r.’ Can you spell it?”

“How about you, Raymond?”

(CHAPTER XII) Life as a Contestant

The only reason I knew how to spell that word correctly – we had it in a spelling test at school the week before.

My prize was an Ingram pocket watch, very popular among boys.  Railroad Engineers kept time by pocket watches. Theirs were the expensive Hamiltons and Walthams, not cheap one dollar Inghrams.   Most of our grandfathers wore them with watch chains across vests or in watch fob pockets with the chains attached to a belt loop.

For several years my mother was married to a radio announcer who produced stage shows.  Mom was a fabulous hula dancer. Long before I was born, she had been a dancer and bare-back rider with Hagenback Wallace Circus.  That’s where she met my father, a roustabout with the companion carnival.

I was the kid singer in our vaudeville show, billed as “Little Raymond Berry.”  Our music consisted of a drummer, Hawaiian guitar, standard guitar, and if the house had one, a piano.  Sometimes we picked up a local trumpet or saxophone, playing small towns throughout the coal mining country.

We were appearing in Mount Hope, West Virginia when I brought the house down.  It was the only time I remember receiving a standing ovation on those road tours.  I loved the attention. I was never tired of the applause. It prepared me for the years I toured with big bands and small groups where I sang in big halls and cubby holes called “clubs.”

Because of my stepfather’s position in radio and our traveling vaudeville show, I got to do something none of my radio amateur contestants had an opportunity to do.  We drove to Nashville two or three times a year to see the Grand Ole Opry Show, broadcast from the Dixie Tabernacle, on WSM, a clear channel radio station. The Delmore Brothers, Alton and Rabon, the most popular stars of the Opry, were often visitors to our house because my stepfather booked them throughout West Virginia. I knew the words to all their songs.   Nashville was like hog heaven to a kid from West Virginia. I got to meet all the Opry House stars – Little Jimmy Dickens, Roy Acuff, Minnie Pearl, Grandpa Jones, Uncle Dave Macon and the Fruit Jar Drinkers, and so many others. Acuff would later become Governor of Tennessee.

I was a country boy who liked jazz and swing but never lost his love for hillbilly music.