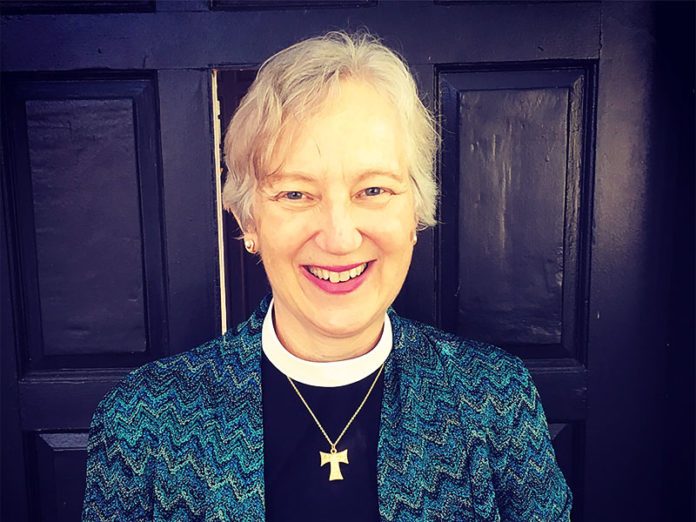 (New Episcopal Rector) The Reverend Susan J. Latimer, a third-generation Southern Californian returning home after 35 years on the east coast, began July 1 as the new Rector of The Episcopal Church of the Good Shepherd in Hemet. During her 27 years of ordained ministry, she has served as a priest in the Dioceses of Atlanta, Maine, West Virginia, and Southwest Florida.

She loves leading retreats and small groups and has done much work in the areas of contemplative prayer, congregational development, the Wisdom tradition, and music and spirituality.

The liturgy and music of the Episcopal Church have appealed to her ever since she was a child singing in the children’s choir at All Saints’ Vista.

She was attracted to Good Shepherd by the faithfulness of the people, and the long history of the parish in the valley, as well as its emphasis on prayer, spiritual formation, outreach, and music.

Rev. Latimer is married to John Roberts and they have two grown sons.