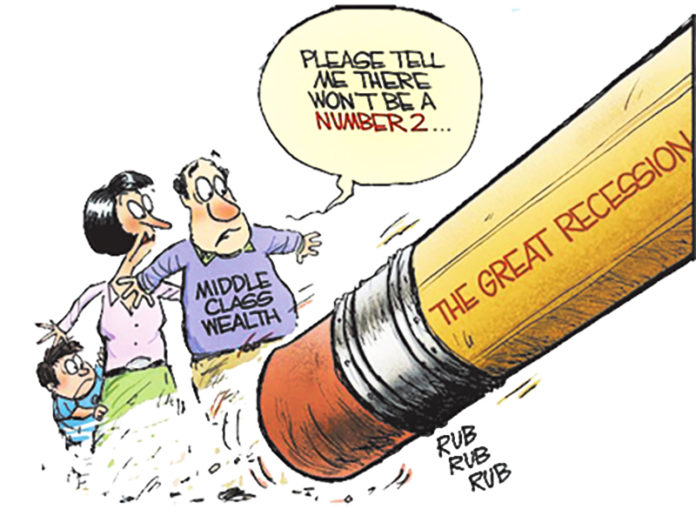 (What To Do in This Market)

One moment the market is rallying upward and the next it has lost footing and sliding downward. This whipsaw has investors dizzy and unsure of direction. You want to be cautious here and not jump in. There are plenty of headwinds ahead.

Following the devaluing of the Yuan and labeling China as a currency manipulator the 10-year Treasury keeps falling closer to inverting with the 2 year. The 3 year and 7 year have already inverted last year. This is one of the many warning signs starting to flash that a recession may be close. Some of the other signs are the increase in layoffs, decrease in corporate expenditures and slower GDP. Leading economic indicators have fallen for several months. This is one of the many measurables that the Federal Reserve are monitoring and basing their decision on. This is why many other firms and I believe that the Fed are not finished lowering rates.

100bps reduction in interest rates by the Federal Reserve next year has the highest probability right now in current projections. I make the argument that the Fed’s normally do not make a new move in the reverse direction only once. A new move has a very high probability of a follow-up move in the same direction and subsequent moves after that still have a high possibility also. For the Federal Reserve to move the data of the slowing economy in the United States and globally were definitely taken into account.

Can the Fed’s or will the Fed’s lower rates fast enough to keep the economic engines going. In hindsight leaving the rates at 0% which was unprecedented, from 2008 to 2015, may have created a systematic groove that should have been treated and increased more delicately. I’m not here to argue those points but to shout be patient. The market has dropped but has not crossed the 10% correction threshold. For the S&P 500 that is the low 2,700’s. I would start nibbling into your positions around this range. I believe the market will overshoot this as it did last winter. Re-assess what you want to buy and at what price. I recommend looking at the first, second and third deviations of those positions. Nibble near each one of these. It is an easy systematic approach that has a bases behind it. This is where investing runs on statistics. The lower deviation you can buy a position the more risk you remove from your investment.

Advice for the bondholders if I haven’t beaten it into your skulls. Right now, you should review the duration or length of your holdings. Swap them out for longer duration ones. If you believe rates are going to continue to drop off the next twelve to eighteen months then lock the higher interest rates in now. This will allow you to avoid any further interest rate risk. I don’t want you to earn zero percent again on your money. Don’t nibble here. Take your full intended position or transition. Doing nothing this August is a bad idea. Get smart and work on your strategy.

For questions or investment topics, please email me afkotyuk@alpha-wealth.com.WHAT TO DO IN THIS MARKET

Search: What To Do in This Market