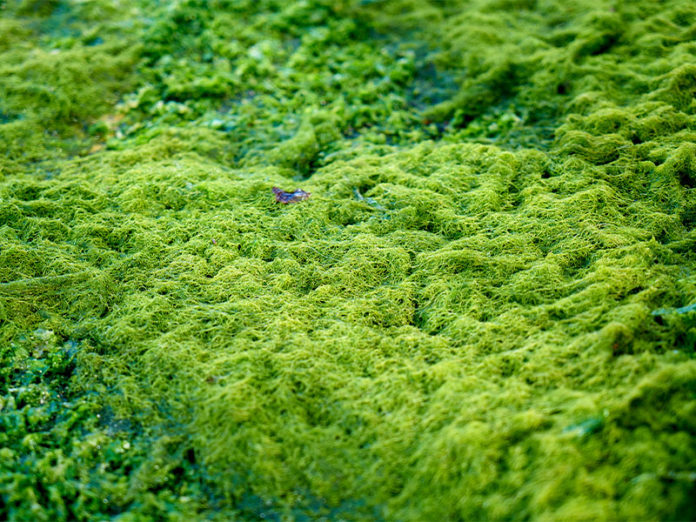 The future of biofuels in the dark

Algae could compete with petroleum as the fuel of the future if only the process of growing it was more efficient. Thanks to a fellowship from the Link Foundation, it soon could be.

Elizabeth Hann, a doctoral student in plant biology at UC Riverside, is using the two-year, $60,000 fellowship to test whether she can grow algae for biofuels completely in the dark using solar-generated electricity.

The need for energy is projected to increase, and algae could help meet that demand. It can be converted into lower-emission fuel without competing with food or fresh water supplies, unlike other biofuel sources such as corn or sugar cane. Algal biofuels can also be used directly in existing engines. And unlike petroleum, algae is a renewable resource.

Many scientists are also working to develop more cost-effective ways of growing algae. “What makes this different from other algae biofuel projects is that we’re specifically looking at growing algae without the limitations of photosynthesis,” Hann said. “We’re growing algae in the dark.”

Though algae lack roots, stems, and leaves, like land plants they use photosynthesis, which is the process of using sunlight to convert carbon dioxide and water into food for itself. This process converts sunlight into usable energy at roughly 2% efficiency, whereas solar panels can do it at 25% efficiency or higher, Hann explained.

In other words, with photosynthesis, most of the energy in sunlight gets converted into heat and doesn’t contribute to growth of the algae. With solar panels, much more energy is captured but it is not in a form that algae can use directly. This is where Hann’s research comes in.

Currently, algae for biofuels is typically farmed in ponds that use the sun to cause growth.

“Our work takes away the need for the pond and access to sunlight,” Hann said. “We can potentially grow the algae in a confined space, just using electricity from solar panels.”

Hann is working with UC Riverside Chemical & Environmental Engineering professor Robert Jinkerson to grow the algae on campus, and with collaborators at the University of Delaware.

The Link Foundation funds projects like these to foster innovation in energy as well as aeronautics and ocean engineering. The foundation was created in honor of Edwin A. Link, who created autonomous underwater vehicles.

Though the initial setup of solar panels may be more expensive than just setting up ponds, this startup cost may eventually pay for itself due to the boost in productivity, according to Hann.

“We will likely be able to produce more algae, and thus more biofuel per square meter, using our process versus biological photosynthesis,” she said.