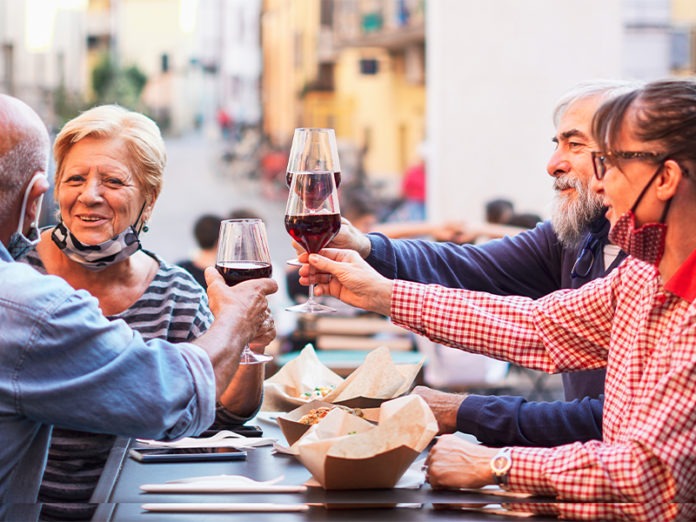 In 2014, while studying Neuroscience at UC Davis, Akshay Prabhu tried to start a mobile steam bun cart on campus, but was prevented from doing so by local food laws. He began cooking for his neighbors from home, until a feature in the local newspaper brought the Yolo County Health Department to his door, shutting him down in an undercover Sting operation.

Frustrated and out of options, Akshay realized that there were thousands of home cooks across the US who shared his struggles. He founded Foodnome, the first legal marketplace for homemade food, to advocate for more inclusive food laws, provide resources for home-based food entrepreneurs, and connect chefs with their neighbors. Akshay organized hundreds of home cooks and community members, marching and lobbying at California’s Capitol to fight for the Home Restaurant Bill, AB 626. Thanks to leadership from the C.O.O.K. Alliance and a network of food justice advocates, the bill passed unanimously in the Legislature and was signed into law by Governor Jerry Brown in September 2018.

Chef Bilal Ali is one of these food workers, losing his job at the Starline Social Club in Oakland before going on to co-create the highly publicized pandemic pop-up, Broke Ass Cooks, which was also shut down by Alameda County’s Department of Environmental Health. “I think home restaurant permits make opening a restaurant more accessible. The barrier for entry has always hung over us—I have to go into a massive amount of debt for something that is statistically likely to fail,” says Bilal. “These permits give people the opportunity to try things out without ruining their lives. The more restaurants and the more types of food there is, the better the world is.” Bilal and his housemate Keone went on to form the legal pop-up M.I.C.H.O.Z., and are in the process of securing their MEHKO permit with Foodnome this summer.

California’s AB626 has thus far been implemented in six California counties, including Alameda, Solano, and Riverside, and is in the process of being enacted in a number of additional counties. The home cook movement is also quickly spreading across the US, with Utah successfully passing its MEHKO bill this past Spring, and pending legislation in New York and Washington.

In Riverside County, the first place to opt-in to AB 626 and permit MEHKOs, Foodnome has since supported more than 150 chefs through the planning, permitting, and marketing of their home restaurant businesses. Home chefs can secure their MEHKO permit by submitting their Standard Operating Procedures for Health Department review, passing an accredited Food Manager’s Certification Exam, paying a permit fee, and passing an in-person home kitchen inspection. Foodnome offers free permitting support for qualifying chefs at Foodnome.com/cook.

Inspired by the growth of the MEHKO program, Akshay Prabhu can’t wait to get back in the kitchen: “Bao House is an homage to the humble beginnings of Foodnome and my activism in the home restaurant movement— a full circle redemption of my early dream of a steam bun cart, to the first legally permitted home restaurant in the Bay Area.”

Bao House’s Grand Opening will take place on Thursday July 1st and Friday July 9th, from 2:00pm—8:00pm and is open to the public for limited backyard dine-in seating and takeout. Plates will be available for pre-order only on a first come, first served basis, exclusively at Foodnome.com/Baohouse/order.

About Foodnome: Foodnome is the first legal marketplace for home cooked food in the US. We have advocated and organized for years to create a more equitable, inclusive, and human-centered food economy. We support home cooks through every step of creating a successful home restaurant business, and connect them with their hungry neighbors through our web platform Foodnome.com. Join us as we work to empower food entrepreneurship, build community, and redefine our relationship to our food!