Measuring things is a normal routine for all of us. We measure length sometimes in millimeters and sometimes in light years. We measure amounts in teaspoons, cups, gallons or barrels. We measure time in seconds, minutes, days, years, decades, centuries and millenniums. We measure amounts in ones, tens, hundreds …. billions, ad infinitum. Sometimes the same thing is measured in different ways. In most parts of America distance to a location is in miles but in California we will more often than not reply with how many hours it will take to drive that far. A building is often measured in how many stories tall it is but could be described in how many square feet of floor space it contains.

Size, volume, distance, time, their measurement matters. We use similes to approximate as in “slow as molasses or big as an elephant when describing size; dumb as a dodo or wise as an owl; clear as mud or crystal clear; timid as a rabbit or brave as a lion. In some way or another we feel compelled to measure everything. In many things big is better. Being big seems to add value. Occasionally something runs counter to “big means better” like a golf score. And smaller numbers would be great in the reporting of the spread of the Corona virus. When measuring physical things we usually are precise. Sixty miles per hour is an exact speed. Six feet tall is an exact height. One hour is an exact length of time. Measuring human activity is a totally different animal. It is easy to try to describe human activities using precise numbers.

LeBron James’ salary for the recently cut short season was $37,436,858. It is also easy to leave unidentified exactly what we are measuring. There is no doubt that LeBron is one of the best basketball players in history and his salary reflects that. If we are measuring LeBron as a basketball player then perhaps the amount of money he makes is an appropriate measure. But should we use that to indicate his value to society or his value as a human being. I use LeBron as an example because his could possibly be used to indicate his value in a broader sense, to humanity, to society. LeBron has funded full scholarship for over one thousand students. He sets a great example with his behavior for today’s youth.

A lot of young boys look up to LeBron as they should. But Mother Teresa provided a different but at least equally valuable role model and she was a pauper. Money was not important to her except to provide aid to the world’s poorest people. Our society is full of people who are underpaid if we think money should indicate a person’s value, social workers, teachers, first responders, soldiers, nurses and doctors. Measuring businesses using money is as foolish as measuring people that way. And using a businesses’ profit to measure an individual’s management abilities is equally absurd. But that is want too many voters did in 2016.

Because Donald Trump “managed” his business, a business that involved lots of money, some people assumed that he knew how to manage. However, using any other measure to evaluate his business would have shown that it was a small business, very limited in scope and involved only a few people in the business. Managing the business of the United States’ Government is totally different than a real estate business.

Trump had no experience in managing anything of any significant size and has shown himself to be incompetent in managing anything large and complex. His failures at management are many. He mismanaged a casino, he mismanaged an airline, Trump University. The latest is his gross mismanagement of our response to the Covid-19 virus. While he takes credit for restricting air travel from China, he failed to address the virus itself, failed to ramp up the testing process, failed to ramp up acquisition of testing kits, protective equipment, etc.

Had Trump taken immediate comprehensive action when the severity of the virus was first known we would be in a much better position today. The measurement of Trump’s response to the epidemic will be in deaths. Now he wants to reduce social distancing by Easter (April 12th). The only connection between Trump’s handling of the pandemic response and Easter is eggs. Trump has laid yet another egg. 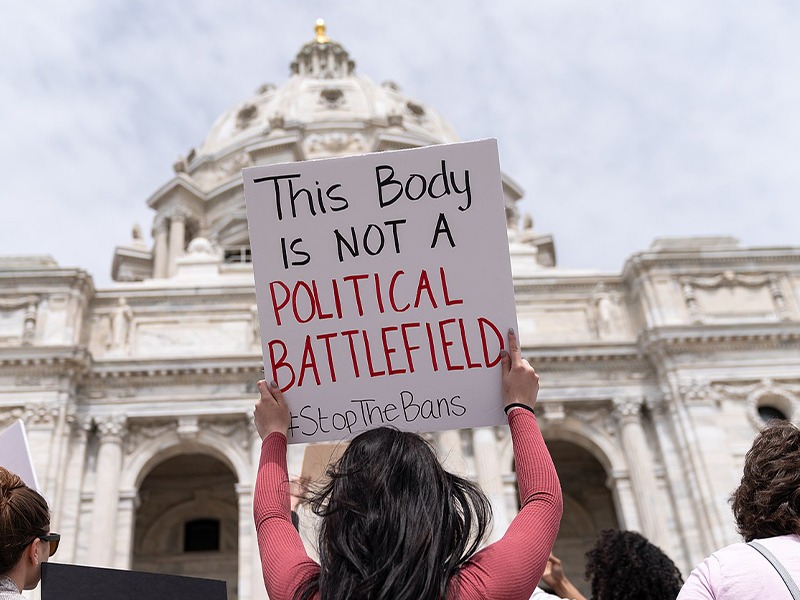 State legislatures in US poised to act on abortion rights

Associated Press - December 29, 2021
Early in the new year, the Vermont House of Representatives is due to begin debate on an amendment that would enshrine the right to abortion in the state constitution and send the question to voters in the fall.

Muhammad Naeem - November 14, 2020
I just finished watching the most riveting reality show in the history of television. There was a lot of drama, a great deal of suspense, weird plot twists, and a lot of uncertainty about who would survive at the end. It was a nail-biter and it kept me on the edge of my seat for days.