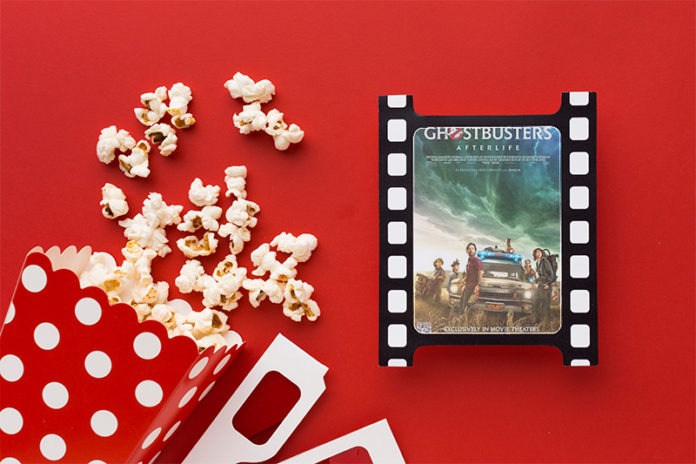 Heading into Thanksgiving weekend, the latest attempt to revive “Ghostbusters” drew a sizable audience to theaters, while the awards darling “King Richard,” like most dramas in the pandemic era, is struggling.

With a reverence for nostalgia and a few high-profile cameos in its arsenal, “Ghostbusters: Afterlife” opened above industry expectations with $44 million in ticket sales from 4,315 locations, according to studio estimates Sunday. The Sony movie directed by Jason Reitman and starring Paul Rudd, Finn Wolfhard and Mckenna Grace is playing exclusively in theaters.

“Afterlife’s” first weekend is actually trailing that of Paul Feig’s “Ghostbusters” with Melissa McCarthy and Kristen Wiig, which had a $46 million opening in June 2016. Aside from the somewhat unpredictable pandemic-era moviegoing habits, the crucial difference is that “Afterlife” cost about half as much to make.

“It’s a really solid number,” said Paul Dergarabedian, Comscore’s senior media analyst. “Part of that is the theatrical exclusive release. This shows that this brand is really powerful even some 37 years after the original became a cultural phenomenon.”

The weekend’s other high-profile offering didn’t fare as well. “King Richard,” the well-reviewed drama starring Will Smith as the father of tennis greats Venus and Serena Williams, earned $5.7 million from 3,302 locations, missing its modest expectations by almost half. The Warner Bros. film was released simultaneously on HBO Max and in theaters.

“It really is have and have nots,” said Jeff Goldstein, Warner Bros. head of domestic distribution. “Clearly the avid moviegoers are starting to come back, but more casual moviegoers are more reluctant.”

Although traditional blockbusters have managed to draw decent audiences, dramas have disproportionately struggled during the pandemic. Most have debuted in the $3 million range. One of the more successful launches was the Aretha Franklin biopic “Respect,” which opened to $8.8 million.

But the outlook could be promising for “King Richard” with its 92% fresh rating on Rotten Tomatoes, A CinemaScore from audiences and long awards season runway. In 2018, “Green Book” opened on Thanksgiving weekend to only $5.5 million, but by the end of awards season it had grossed $85 million.

Meanwhile, in limited release from A24, Mike Mills’ “C’mon C’mon” had the best limited platform debut since February 2020 with $134,447 from five screens. The film stars Joaquin Phoenix as man looking after his 9-year-old nephew.

The box office is still far from where it was pre-pandemic. The weekend leading into Thanksgiving usually usually gets around $200 million in ticket sales, but this weekend will net out around $83 million.

At this point, the 2021 North American box office could net out with around $4 billion. In 2019 it was $11.4 billion. And there are still some major movies on the horizon in December, like “West Side Story,” “Spider-Man: No Way Home” and “The Matrix Resurrections.”

“Thanksgiving and the holidays are usually a really good time at the box office. The marketplace every week is a building block in that road to recovery for movie theaters,” Dergarabedian said. “These last six weeks are going to be critical. This is a final push.”

Estimated ticket sales for Friday through Sunday at U.S. and Canadian theaters, according to Comscore. Final domestic figures will be released Monday.