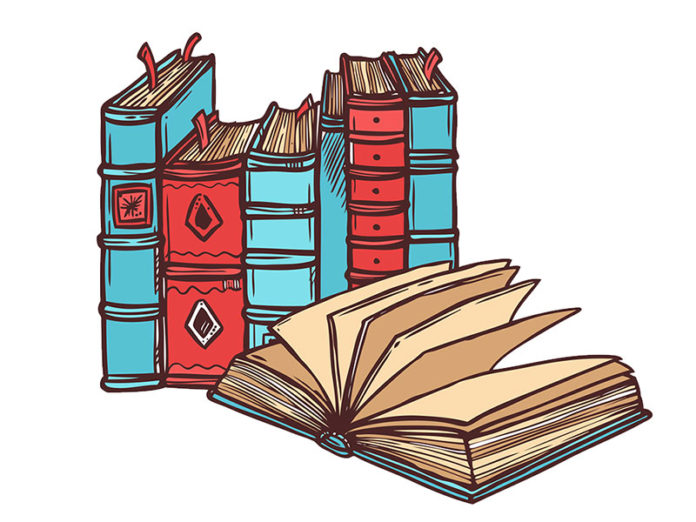 School days, school days, good old golden rule days. I was always curious about learning, but I never considered myself studious. Having fun and experiencing the natural phenomena in the West Virginia Mountains and streams interested me more than anything. However, history and geography always fascinated me. I wanted to know about other people and other cultures. I quit high school after two months in tenth grade. I lusted for other things. It was after I got out of the Air Force that I began to dedicate myself to some formal education, attending colleges, business schools and even the stenotype institute. One might consider it self-education. Maybe, but travel had a great deal more to do with becoming educated. I don’t consider myself brilliant, but I can hold a journeyman’s conversation at a party or IN any social situation.

Even when I lived with my grandmother, my mother’s residence was always my home address. Fortunately, it didn’t matter much when both lived in the Lincoln grade and Junior High School districts. Most of my good (and sometimes bad) experiences in school took place in the Lincoln classrooms.

My homeroom teacher at Lincoln Junior was a very proud, sophisticated and vain lady in her late fifties.   She would sit at her solid oak desk, in front of the blackboard, and spend the entire homeroom time powdering and painting her face to the point that she appeared almost clownish. She relished attention. I made a point of giving her all of mine during my hours in homeroom. She took a liking to me and sometimes invited me to her home for snacks after school. My flattery kept me away from her mean side. If she felt a student had offended her in any way, they would have hell to pay.

Through her kindness, I met her son, whom I grew to almost idolize. There’s an old saying that teachers and preachers have the most ornery kids on the planet. Bobby was the perfect example of a bad boy. I was the moth, and he became my flame.  Older than me and a drop out in 8th grade, he always found the wrong way to do things which, to me, were the right way. We became great friends, and I spent a lot of time with him in his mother’s elegant home. We were both rebels, and since he was the older rebel, I absolutely worshiped him. If he broke tradition, I wanted to break tradition. He was my first inspiration to buck the system, and it got me into a lot of trouble at school, and sometimes elsewhere.

His father, a practicing family law attorney and equally practicing alcoholic sometimes took us fishing.  Although Bobby’s parents were divorced, they didn’t seem to hate each other or anything like that. She tolerated a lot more from her errant son and ex-husband than she ever did in the classroom.

On a Saturday afternoon sometime during the month of June in 1939, we decided to hike up the railroad tracks that ran parallel to Elk River. Neither of us had any idea where the tracks were going except we knew there were a lot of coal mines up Elk River because every day we saw trains coming into Charleston from that direction, pulling dozens of coal cars behind the big steam engines.

When we approached a trestle over a creek, we’d go under and hand walk our way to the other side, then climb back up on the tracks and start all over again. After about two miles of hiking, we came to a trestle over a small creek emptying into the river. Under the tracks, we began to hand walk. The train whistle in the distance seemed to be far away and had nothing to do with us – or so we thought.

About half-way across, with the creek a good twenty feet below us, the large smoke-belching steam engine hit the trestle, shaking the structure so violently I thought it was all over. The trestle would either collapse or shake us both into the shallow water below. I didn’t move, merely hung on for dear life expecting my extinction at any second.

Bobby made the mistake of letting one hand go ahead of the other instead of holding on the railroad tie. When he did, unable to hang on with one hand, he plummeted down into the creek. Afraid to look down, I held on until the train passed and then went like a bat out of hell, one hand over the other, to the north side of the tracks and literally slid down the bank to the creek, certain that it was all over for Bobby and wondering what would I tell his mother.

He had landed feet first and sank up to his knees in creek muck, which I am sure saved his life. To him, the episode was just a lark. As for myself, it was the last time I ever went anywhere with Bobby unless it was in downtown Charleston with sidewalks to get me from one place to another.

Bobby was responsible, in a way, for causing me to narrowly evade being kicked out of school forever.

I had a commercial class right after lunch in 8th or 9th grade. The commercial is known today as Business Math. The teacher was a sort of misfit who didn’t speak. She whined and annoyed everyone in the class except guys on the football team. She would throw weekend swim parties at her house and invite most of them. It was more or less reliably rumored that she did more than swim with them.

She particularly didn’t like me and often went out of her way to say something to embarrass me. I complained to Bobby about it because he always said, “If somebody gives you trouble, give it right back to them.”

So, when she called me out one day with one of her smart-assed remarks, not only did my face redden with embarrassment, I paid heed to Bobby’s advice.

“You’re a whore,” I blurted out. The entire class went silent, and her face blistered with anger.

“Go to the office. Right now.”

I knew that meant swats, but not how many. She sent along one of her sniveling rat-faces to explain my language.  The little snit didn’t stop with my words. Oh no, she added her own dose of poison. E. C. Richardson was a tough customer and loved to swing the paddle. He later made a name for himself as Principal of Charleston High School.

On that particular day, he immediately considered suspending me. I never begged so hard in my life. Nothing he could do to me would be worse than what my mother would if I got suspended from school. I whimpered and cried, like I always did when I got caught doing something bad.

The outcome told me that he had no intention to suspend me. What he wanted was an opportunity to blister my ass with his leather-covered paddle.

“Tell you what, Mr. Strait. I’ll give you a chance. I can kick you out for the rest of the year or, if you like, you can trade suspension for swats.”

Of course, I opted for swats. I expected maybe three or four. He had other ideas. My punishment was three swats a day for a week. That was fifteen swats to begin the following Monday. I took my punishment like a man — not one whimper. I was so happy not to be suspended.

On the last day, a Friday, when I went into his office, he relented. He suspended my last three swats. Needless to say, there was one redeeming factor. I never attended that teacher’s class again.

I would later learn that Bobby begged to intervene through his mother, saving me more swats and possible expulsion from the school.

Last time I heard of Bobby, he had joined the Coast Guard in 1943. By then, I was doing other things, like singing with bands and scooting from town to town discovering America.

The San Jacinto Valley Hunkers Down

Rusty Strait - March 19, 2020
This reporter spent the last two days observing the effects of the coronavirus scare that is sweeping the country like a California grass fire