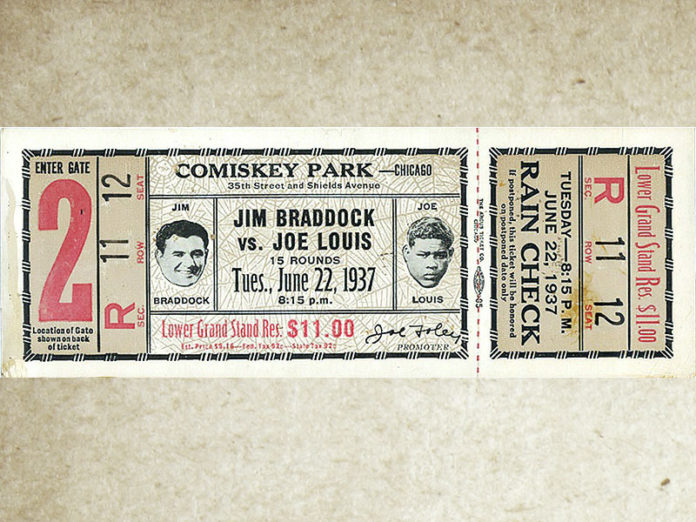 The Great Ohio River Flood of 1937

After my mother married the radio announcer, we bounced around a lot, or so it seemed to me. Bob was in a business not unlike the television news of today. Anchors and others at a station would sometimes be transferred, especially with the independents. WCKY, a Cincinnati station was located across the river from Cincinnati in Covington, Kentucky, straight south from the Queen City Suspension Bridge out of Cincinnati on the southwest corner of Covington’s main street and Fifth Street.

We lived on the third or fourth floor of an apartment building diagonally across the street from the radio station, at the northeastern corner. The station was located in the corner offices and our west windows faced those at the station.

As I’ve said earlier, my mother was a very vain lady. Put that together with jealousy and all hell is bound to break loose at some time or the other, and it did.

Mom came home one afternoon with a set of binoculars.  Being a kid in fifth grade and an avid comic book freak, I saw all kinds of possibilities if she would let me use them. No way. They were not purchased for my amusement. Mom had her own spy program.

She suspicioned that my step-father was having some kind of affair with the studio’s secretary and was sure she saw them smooching in the window. The binoculars were in her possession so she could get a closer look at such shenanigans than was possible with the naked eye.

Bob worked the six to midnight shift most of the time. No sooner would he be out of the apartment and across the street to the studio, and mom would be propped up in a chair, resting her back and head against a large cushion with binoculars positioned at the ready.

I don’t think she ever saw anything near to what she suspicioned, but if her husband was caught having even a conversation with the young lady, mom would be all over him when he got off from work. I remember any number of times hearing her go on and on in their bedroom into the early hours of the morning.

I previously described my exploits in crime as a youngster. I forget about another episode of theft. That happened while we were living in Covington quite some time before my Charleston crime sprees.

A furniture store adjoined our building on the north side. I liked to hang out there. The smell of new furniture always gave me a good feeling. The salesmen tolerated me. It became my home away from home. One Monday morning while I was visiting the guys I wandered into the back of the store where the sales desks were located.

Temptation is an evil siren. Four one-dollar bills resting on top of an open receipt book grabbed my attention. For a kid my age, at that time, four dollars was a hellova lot of money. The lure was a force beyond my resistance, so I slipped the bills into my pocket, made my way to the front of the store where I said my goodbyes and my swift ascent upstairs to our apartment ought to have been some kind of record.

How could I spend the money? A kid with four dollars cash in any kind of store was sure to raise suspicions. Remember we were still in the depressed thirties. So I came up with one of my not so brilliant ideas, and this time it worked.

Our living room had a lay-down imitation Persian carpet. I lifted the corner and placed my ill-gotten loot flat on the floor and dropped the carpet cornerback in place.

That evening after Bob left for work, mom and I were listening to the news on the radio. She wasn’t paying much if any, attention to me so I sat down on the carpet and began to fidget with the corner, pulled it back and, lo and behold I said, “Mom, look what I found under the rug?”

I was waving the green bills back and forth in front of my face.

“Where did that money come from?” she said.

“I don’t know,” I lied. “I lifted the rug, and there it was. Maybe you or Bob put it there and forgot. Here,” I said as I got up off the floor with greenbacks in hand, and presented them to her with an oh so innocent expression on my smiling face, “you can have them.”

Nobody ever caught me. No one in the furniture store ever questioned me.

Not too long after the 1937 flood, we moved back to Charleston for a brief period. I was soon taken out of school for the umpty-ninth time because Bob had accepted an announcing job with radio station WSAZ in Huntington, West Virginia.

I completed my fifth and sixth grades at Buffington Elementary School in Huntington. I had both good and bad experiences in Huntington. I loved the city and being close to the Ohio River. Our first apartment was located on Third Avenue two blocks over from Fifth Avenue, which, at that time, was the main drag. Our apartment was on the second floor. The landlord owned a restaurant on the first floor.

He had a red Chow dog that did not like me. Usually, he was kept tied up in the alley behind the building. Every time I’d go down the back stairs he snarled at me. One day, when I came down the front stairs, that dog was loose on the sidewalk in front of the restaurant.

Without provocation, he growled at the sight of me and lunged forward. I was wearing shorts. He sank his fangs into my thigh in the groin section, and the blood started to flow. As he made a leap toward my throat, I threw my left arm up to defend myself and he caught me in my left armpit. Several people on the sidewalk yelled at the animal. He ignored them. As luck would have it a doctor, in a Chevrolet Coupe stopped in the middle of the street and rushed over to me. He kicked the dog so hard in the balls that it went wailing back towards the restaurant.

Someone called an ambulance, and I was transported to a local hospital where I spent eight days recovering. My groin wounds were so bad that I couldn’t stand even a sheet to touch me. A straight-back chair was placed at the foot of my bed and the sheet was lifted over it so it would not touch my body.

When I was released from the hospital, my mother had already hired a lawyer and sued the restaurant owner and we moved.  I came home to a new basement apartment on Fifth Avenue.

For a while, I had a part-time job with a nut shop. My job consisted of standing out in front of the shop with a bowl of cashews which I sampled out by the spoonful to pedestrians as they passed by. The lady who ran the shop liked me but let me go because I ate more nuts than I dispensed to prospective customers. I still love cashews best of all nuts.

I then became a paperboy with the Huntington Advertiser. I have two memories of that time. One good. One disastrous as far as I was concerned.

The good experience came about when Joe Louis beat Jimmy Braddock for the world heavyweight boxing championship. The fight was held at night on June 22, 1937, at Comminsky Baseball Park in Chicago. For some reason this was a fight that rated a newspaper EXTRA edition, so all paper carriers were ordered to be out front of the Advertiser’s offices where the paper was printed. Most papers had their own presses on the premises then.

There was a lot of prejudice in the fight game during the thirties. Braddock was the White man’s dream boxer, sort of a male Cinderella. However, Louis was a clean-cut young man from Detroit whose star was rising in professional boxing. We only had radio for sporting events in those days, so the paper mounted loudspeakers on the outside of the building to air the round by round reports from the arena. There was a crowd of several hundred, mostly men, gathered outside to hear the sports announcer reveal the fight, blow by blow.

Braddock knocked Joe down in the first round. It was pretty much assumed by boxing fans that Braddock would retain his crown. However, by the eighth round it became obvious that Braddock was tiring and with a terrific blow to the head, he was finished and Louis was the new heavyweight champion of the world. Blacks were dancing in the streets across the country.

The presses were already set and immediately began to print out the extra edition. In less than an hour, I had my papers and was mouthing my spiel, ‘Extra, Extra – read all about it. Louis defeats Braddock!’

As I mentioned early on, my life of crime began before my exploits with Junior Adams took place. On Sunday mornings I was out on the streets with the Sunday Edition of the Huntington Advertiser. I paid for my papers and hit the streets. When I ran out, I never went back to buy more papers. No, I did the criminal thing. I went into neighborhoods where papers had been tossed and scooped up more papers from subscribers’ driveways.

I’d been doing that for some time, but one day someone saw me and called the Huntington Police Department. Soon, unbeknownst to me, a squad car was following me down the street.

Of course, an officer took me into custody. I rode to headquarters in the back seat of the police car and was sure that I would be locked up for a long time. Instead, the sergeant in charge of juveniles phoned my mother. She had to come down and get me in person. After a sound berating he sent me home with mom, a punishment worse than iron bars, in my opinion. By the time she finished her mother to son talk guilt had invaded my body like a bad flu shot. I would rather have had the switch.

As a result, I no longer sold newspapers on Sundays. Weekdays were okay because Monday to Saturday it was an afternoon paper. Go figure.