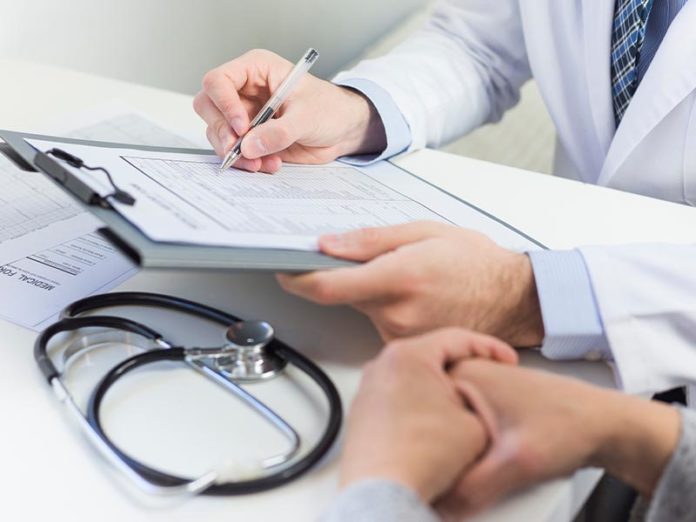 I know the secret to staying healthy. It is quite simple actually and does not require much effort. As a matter of fact, it requires no effort at all. Just don’t go see a doctor and you can stay healthy forever. Many people that I know, were perfectly healthy, and they would have stayed healthy, but they decided to go see a doctor. Next thing you know, they came down with all kinds of ailments. One friend put it very bluntly. He says, “I didn’t have cancer before I went to see a doctor. After I saw one, I had cancer. Go figure!” Take my brother, for example. He likes to eat spicy food, and of course, spicy food gives him indigestion. He did all the home remedies, but the food must have been extra spicy, because his indigestion just wouldn’t go away. He decided to pop into one of these clinics along Florida Ave., which promise to be fast but work at a snail’s pace. Once his turn came after a few hours, they checked him and told him that he had to go to the emergency room at the local hospital. If he were smart, he would have just gone home.

Instead, he did go to the emergency room, and he was trapped. They just wouldn’t let him go until the doctors diagnosed him with blocked arteries. Then he had to get an angiogram done, then angioplasty and had to have stents placed in his arteries. He was perfectly healthy before he went to see the doctor and now he has heart-related issues. His heart is younger than my heart. How could it be worse than mine?! They did the same thing to my sister. She was barely six years old, and doctors said she had a hole in her heart. A six-year-old with a hole in her heart, does it even make sense? Now, four heart surgeries later, she is still kicking into her fifties. But imagine if she hadn’t gone to see those doctors, she probably would have been okay. So, now the focus is on me. I must see a doctor, just in case. After quite a bit of resistance, I went to see one. He is a friend, so I thought he would go easy on me. Instead, the first thing he said was, “Oh, your blood pressure is high.” I said to him, “Of course, my blood pressure is high, Doc. You know my wife.

A few minutes of talking to her, and my blood pressure automatically jumps by 30 points or more.” He made me get blood tests, just so we could see how everything was in my system. The Draculas at the testing facility took so much blood out of my body that I looked like a deflated balloon. When the results came back, I was in for a surprise. I think they use a fillable template and put in the numbers that the doctor wants them to put, even though everything seemed okay to me. The first thing the doctor says to me, and remember, this doctor is a friend, so I had hoped he would be on my side, “Your blood sugar levels are high.” I told him, “Doc, you are a well-educated man. Of course, my sugar levels are high. I mean, I drink two liters of soda with each meal.

I eat donuts with my morning coffee and something sweet throughout the day. There is always dessert after each meal, not to mention all that ice cream. My blood sugar has to be high. I mean, where is all that sugar supposed to go that I put into my stomach.” Then he says that my bad cholesterol is high. How can cholesterol be bad, I ask you? It forms a protective sheath over our nerves. Is it bad because it goes around harassing my blood cells and doing vandalism in my body? I mean, it did block my brother’s arteries, but he smokes and does a few other funny things. I don’t, so why is my bad cholesterol high? Then came the kicker. I have to take a cocktail of medications to protect my kidneys, to protect my heart, to keep my system functional. The scam dawned on me. These drug dealers were looking for a new customer. I was it. I told him that I didn’t think I needed to take any of those medications. I hear that the side effects are worse than the disease. Besides, I don’t believe his numbers. I feel perfectly healthy. I do feel lethargic throughout the day, and seem to have very little energy often, but other than that, there is nothing wrong with me. I have these aches and pains throughout my body, but who doesn’t? He said something that sounded profound.

He told me that I am like the pigeon that sees a cat coming and closes his eyes. Because now he doesn’t see the cat, there is no cat to worry about. I was impressed by his storytelling. There was another profound moment in our discussion. It was like the red pill/blue pill moment from the movie. Although, in my case, it was the yellow pill/blue pill situation. I opted for the blue pill. I chose to remain in my contented ignorance. I don’t see much difference, but I tell you, my wife seems to be much happier these days. That of course, keeps my blood pressure low. I have switched to diet soda, which people tell me is much better, even though the taste leaves a lot to be desired, and there are rumors that it actually makes things worst. But you can’t believe everything you read on the internet.

My doctor did tell me to stop saying that people shouldn’t see their doctor, and I think my editor is also saying the same thing, because they don’t want you to suffer from any health-related problems which a doctor can help you prevent. But then again, these are the same people that say that COVID vaccine works. I have my doubts, but I’ll keep my mouth shut.