RIVERSIDE (CNS) – A Hemet man was sentenced today to 230 years behind bars for sexually assaulting his girlfriend’s young daughter dozens of times over a three-year period and eventually impregnating the victim, who last summer reached a multimillion-dollar settlement with a Riverside County agency that investigated but did not remove her from her home.
Riverside County Superior Court Judge Bernard Schwartz handed down the maximum allowable sentence for 30-year-old Deon Austin Welch, who was convicted of 16 counts of aggravated sexual assault of a child with a sentence-enhancing great bodily injury allegation. A Riverside jury deliberated less than three hours before returning its verdicts in June.
According to the prosecution, Welch preyed upon the girl, identified in court documents as “J.H.,” beginning in 2014 when she was 11 years old.
The assaults continued, unabated, until the last half of 2016, Deputy District Attorney Sean Oswill said.
Welch lived with the victim’s mother, who also had two young sons, and he began groping the girl when her mother was out of the apartment or asleep, Oswill said. The molestation escalated to forced rape and sodomy, according to the prosecutor.
According to court papers, the youngster revealed to a family friend in March 2014 that Welch had been assaulting her, leading to an investigation and interview with a county forensic examiner, who was informed by the victim that she had been “raped multiple times by the defendant.” However, a follow-up medical exam was cut short when the girl’s mother interfered with the process, and nothing conclusive could be determined, according to Oswill.
When the mother told Hemet police that Welch was no longer in the household and had relocated south of the border, the criminal investigation was shelved, the prosecutor said.
In October 2014, a Department of Public Social Services case worker interviewed the victim, who told the agent that the defendant had returned to the apartment, at which point the agent met with Welch and the girl’s mother, without notifying Hemet police, according to Oswill.
“DPSS asked the defendant to sign off on a `safety plan’ they drafted, requesting he assist in supervision of the children while the mother stabilized on her medication,” according to the brief. “The only option left for the victim was to learn to accept the situation and survive. There was no way out and no place to run.”
Oswill said case workers continued to visit the apartment over the next two years, and during that time, the victim denied she was being sexually abused. But in June 2016, the now-13-year-old girl was three months pregnant.
Her mother took the child to a pediatric medical clinic and insisted that her daughter “was not sexually active, but also wanted her placed on birth control,” according to the prosecution’s trial brief.
When the mother asked clinical staff whether they could perform an abortion on her daughter, police were notified, Oswill said.
During a September 2016 interview with a Hemet police investigator, the victim “disclosed being raped at least 90 times by the defendant,” the prosecutor wrote.
On Nov. 4, 2016, the 13-year-old gave birth, and the baby’s DNA was tested, resulting in confirmation that Welch was the father, according to Oswill.
The teen’s mother later admitted to police that her daughter may have attempted to tell her that Welch was sexually assaulting her, but she either couldn’t recall or tried to “block it out,” according to a tape played in court by the prosecution. The mother pleaded guilty in June 2018 to child abuse, perjury and accessory to a felony and was sentenced to a year in jail and four years probation.
Welch was arrested in March 2017.
The victim was appointed a guardian, who initiated a lawsuit against DPSS and the county on her behalf. That civil action led to a $10 million settlement for the victim last August.
The case attracted extensive public attention, pointing to significant failings by the county’s child welfare apparatus. DPSS Director Susan von Zabern resigned in September, and county CEO George Johnson ordered a comprehensive review of practices and procedures within the agency, which had come under scrutiny previously for other well-publicized incidents.

For more local news visit HSJC for the latest news! 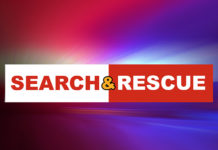 Contributed - August 29, 2020
During the course of this investigation, the suspect was identified as Shaun Tara, 36 years of Jurupa Valley. On August 27, 2020, around 3:00 p.m., members from the Sheriff’s Major Crimes Unit (MCU), Jurupa Valley Sheriff Station Problem Oriented Policing (POP) Unit and Special Enforcement Team (SET) located and arrested Tara in the city of Pomona.