California will prohibit minimum parking requirements for new housing development and commercial projects near public transit under a new law signed by Gov. Gavin Newsom, a measure supporters say will reduce the cost of crucial housing production. Assembly Bill 2097 addresses costly parking requirements that can add thousands of dollars to the cost of critical housing development and increase rent for tenants, supporters say.

A garage can cost between $24,000-$34,000 to build per spot on average. Underground parking can cost between $50,000-$60,000 per spot to build, according to the bill’s author Assemblymember Laura Friedman, D-Glendale. “Having the huge amount of cost of doing what’s usually subterranean parking if it’s not necessary, if it’s against our goals, it really does drive up the cost of housing,” Friedman told The Center Square. “I’ve seen developers who are trying to build in places like Fresno and San Bernardino literally walk away from building housing. And if they don’t, they still pass those costs directly on to renters or buyers.”

The new law represents a shift in California housing policy that supporters say previously prioritized cars over people. Other California cities, including San Francisco and San Diego, already have local laws prohibiting minimum parking requirements in certain areas. With the Golden State facing a shortage of millions of homes, advocates hope the law brings more affordable residences near public transit. “Long term, I hope this moves the state in the direction of providing more lower-cost apartments that don’t have parking, maybe that are built in places that would have otherwise been parking, like big surface lots,” Louis Mirante, vice president of public policy at the Bay Area Council, told The Center Square.

In a signing message, Gov. Gavin Newsom highlighted the bill’s ability to tackle two of the state’s most pressing problems – the housing crisis and climate change. Newsom said the bill would address “both issues simultaneously” by reducing vehicle reliance and building more homes. “Basically, we’re making it cheaper and easier to build new housing near daily destinations, like jobs and grocery stores and schools,” Newsom said Thursday. The law contains exceptions. Local agencies could impose parking mandates if they prove a substantial “negative impact” on meeting housing goals.

Additionally, the bill does not hinder developers from providing parking spaces based on the needs of the area. Opponents of the bill, including Los Angeles Mayor Eric Garcetti, feared it could deter developers from utilizing the city’s incentive program, allowing builders to construct larger projects with fewer parking spaces if they include affordable housing units. To avoid “unintended consequences” of this law, Newsom wrote in a signing message that he is directing the Department of Housing and Community Development to monitor implementation and identify “unintended outcomes.” Friedman said she agrees that the state should monitor the outcomes of the law because “if they’re as positive as I think they are, that hopefully will spur these kinds of changes even beyond the scope of the bill.” 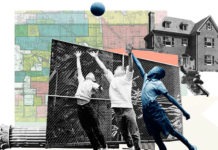 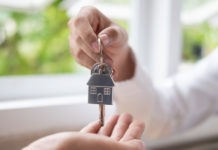 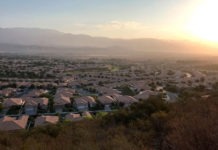 How Close Is Too Close When It Comes to Living Near...

Contributed - September 13, 2019
While you can’t choose your family, you can choose how close you live to them. A new survey suggests some healthy boundaries between parents and in-laws make for a happier family relationship -- something to keep in mind when shopping for a home.