On Monday, September 7, 2020, at 12:33 AM, deputies responded to a residence in the 45000 block of Highway 371 in the unincorporated area of Aguanga, for a report of an Assault with a Deadly Weapon. Once deputies arrived to begin their investigation, they located a female adult suffering from gunshot wounds. Paramedics immediately transported the female to a local hospital for medical treatment. Deputies found six additional victims suffering from gunshot wounds. All six victims at the location died as a result of their injuries. Despite life-saving efforts by medical personnel, the female who was transported also died from her injuries. In total, seven victims died as a result of this incident.

Investigators from the Riverside County Sheriff’s Department Central Homicide Unit and Hemet Station responded and assumed the investigation. Evidence located at the scene indicated the location was being used to manufacture and harvest an illicit marijuana operation. There was over one-thousand pounds of marijuana and several hundred marijuana plants located at the scene.

The area was searched for a suspect; however, the suspect(s) remains outstanding. Investigators are currently working on leads, and the investigation is ongoing. This appears to have been an isolated incident, and there is no threat to the general public.

The Riverside County Sheriff’s Department encourages anyone with information regarding the incident to contact Central Homicide Investigator Paz at (951) 955-2777. 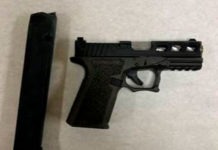 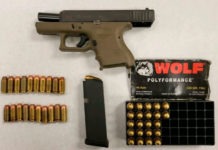 Associated Press - April 6, 2022
A second suspect arrested Tuesday in connection with the mass shooting that killed six people in Sacramento had posted a live Facebook video of himself brandishing a handgun hours before gunfire erupted, a law enforcement official told The Associated Press.

Contributed - August 13, 2022
On Thursday, August 4, at approximately 8:49 pm, the Hemet Public Safety Communications Center received a call requesting a welfare check on an elderly female in a residence in the 1900 block of Calle Amargosa.