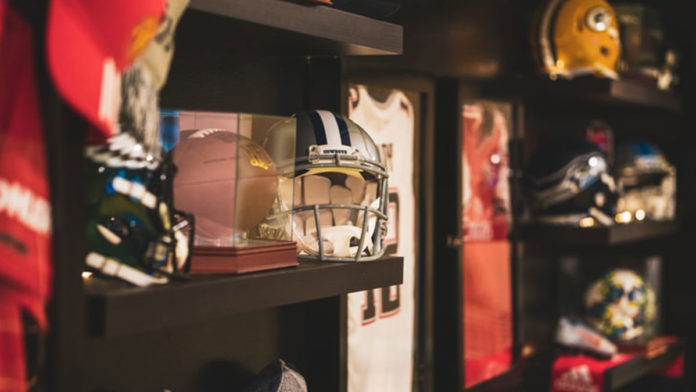 Another promising season in the NFL is about to begin and football fans around the country are wondering what their favorite team’s chances of winning the Super Bowl are. California and New York have the most NFL teams with three each, but while the lineup in NY has remained the same for decades, California has obviously seen some huge changes recently.

No other region in the US has seen as much shuffling of the teams as California has over the last few years and it has led to unique situations where teams like the Los Angeles Chargers are still struggling to find a fanbase, and the Raiders have been shipped off to Las Vegas to become the city’s first professional football team. Let’s take a look at and review California’s teams before the start of the NFL season.

The 49ers are certainly the favorite team in California at the current moment. With the Raiders gone, the 49ers are left as the legacy team in the state and have a massive fan base behind them. As the defending NFC champions, they have big expectations heading into the 2020 season. Luckily it feels like their offense will be as good as the previous year, though they may have a slow start.

Analysts are already counting the squad as one of the top 10 offenses in the NFL. What’s interesting is that they give them that ranking despite their relatively thin talent at the wide receiver position. Deebo Samuel has been the go-to receiver, though he currently faces some injury issues. On that note, the injuries seem to be piling up, with Tavon Austin as one of the latest receivers to be placed on reserve with a knee issue. While the 49ers need to figure out this situation, there is still a lot of talent to carry the team in the meantime.

At the tight end position, the 49ers are looking well equipped. The free agent Jordan Reed was recently added, bringing a veteran to the position. He will help guide rookie player Charlie Woerner who was picked up in the 6th round of the draft. Along with Ross Dwelley, the 49ers are clearly stacked at this position. When we look at the running back position, we can see they still have a lot going for them here as well. Jeff Wilson Jr. will be the starter, backed up by Raheem Mostert. This was the correct call to make as Wilson Jr. seems a better fit in their offensive scheme and is more consistent.

Injuries aside, the 49ers have everything they need to be great again this year. They begin their season on September 13th, when they are the overwhelming -303 favorites versus the Cardinals. With a big win to start off, it will certainly help to keep momentum going while some key players rest up to heal their injuries. Overall, the 49ers are still a dominant force in the NFC.

By any stretch, the Rams have it rough in the NFC West. The Seahawks have remained a challenging team since they signed Russell Wilson, and competing in the same division as the 49ers means not only do they have to compete against a top-tier team, they’re also failing to gain any fans in California. Against the odds, the Rams have grown to be a solid squad.

The 2019 Rams were a very hard team to understand, and that is likely to continue until they find where they excel. As a 9-7 team, they were certainly middle of the road, but they showed great strength in some areas. After a promising 3-0 start, they dropped off and lost their next three. This seems to be the recurring story with the Rams; they get destroyed by the Ravens 45-6 one week to turn around and blast the Cardinals with a 34-7 victory the next. If they can get their offense going, the Rams have sky high potential.

Jared Goff may be an average quarterback in the eyes of some analysts, but he can play steady and consistently on offense. Receivers Cooper Kupp and Robert Woods have been great for the Rams and both have been demonstrating their skills in practice. While they play adequately in coach McVay’s strict offensive scheme, they aren’t known for being huge down-field threats.The Rams reportedly have the 3rd youngest roster in the NFL with an average age of 25.1 years old. While there could be huge potential, it’s unproven as of yet. The story here is that while the team may have a group of talented athletes, they lack stand-out playmakers, at least from what we can see.

As far as the defensive picture is concerned, the Rams still have a one-man wrecking crew in Aaron Donald. The importance of a good defense cannot be overstated, and everyone knows what this defensive tackle is capable of. Opposing teams regularly adjust their entire scheme to compensate for this star player. Cornerback Jalen Ramsey has also shown that he can cover any receiver in the NFL. Defensively, the Rams are still strong heading into the 2020 season, but there needs to be some new energy on offense to reinvigorate the squad.

There’s no getting around the fact that the Chargers did not live up to their abilities in 2019. With a paltry 5-11 record for the season and the departure of veteran quarterback Philip Rivers, the team has nowhere to go but up. Competing in the AFC West against defending champions the Chiefs, as well as their old rivals the Raiders, they will have to get their footing quickly if they want to make something happen this year.

The fact is, Philip Rivers was a much better quarterback than he was able to present. He had ample opportunities on the Chargers, but they have since moved past him and Tyrod Taylor has been announced as the starter over rookie Justin Herbert. Taylor has become something of a journeyman at this point. He was the backup to Joe Flacco for years on the Ravens before becoming the starter in Buffalo, where he had moderate success but was more of a mobile threat than a deep-field passer. The Chargers appear to want someone that can run a consistent offensive scheme that they can build around.

The Chargers 2020 draft class seems to suggest that the team is looking to move away from a pass heavy offense to more of a running game. In this light, it makes perfect sense to start Taylor. His offense on the Bills was very similar, and his ability to use his speed to make plays will be tested. You can anticipate a lot of run-pass options, and pistol formations. There is a good amount of depth in the running back position with players like Austin Ekeler, Justin Jackson, and Joshua Kelley. Of the three California teams, the Chargers need the most improvement, but are also in the best position to get a fresh start this season with a lot of changes on offense. Let’s check back around mid-season and see how things have progressed in the Golden State.