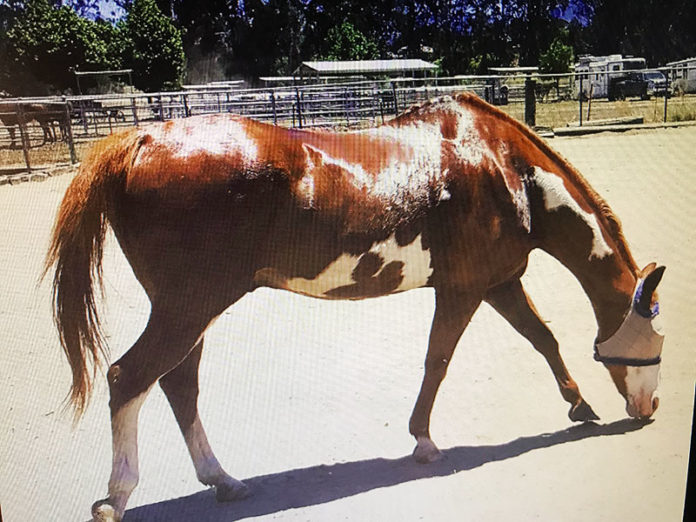 In Part I we endeavored to familiarize you with the origin and purpose of T.H.E. CENTER, and to delineate their everyday activities. I ran out of time and space to, as Paul Harvey used to say, give you “the rest of the story.”

What originally perked my interest in T.H.E. CENTER was a new program that has opened up to military veterans. Miguel Sarasa, my on-site host, showed an eagerness to fill me in. “The veterans’ program is still somewhat in its infancy,” he said. “We never had a military program in the past. When I started here I sought out ways to expand our services. We have a large population of military veterans in the Valley, many of whom are handicapped from wartime service who would benefit from a program that previously catered to mostly young people with handicaps and a few adults.”

I wondered if that included PTSD, a problem that surfaced during the Vietnam War and continues to plague combat returnees.

“Traumatic brain injuries, PTSD and a wide variety of challenges they deal with when they return home to their families.”

Military life of any variety is alien to those who haven’t experienced it – and that is totally outside understanding by civilians when it involves combat and war zones.  I remember coming home from the South Pacific Theater following World War II. Military language doesn’t fit in at the dinner table. I asked my mother to pass the butter – as we so often did in the mess hall and I can tell you she did not appreciate the manner in which I made my request. I still feel the sting of her slap across my mouth. Needless to say, I learned pretty fast the difference between military and civilian table talk. The recent Middle East conflicts have created a lot of similar problems.

“You also have to look at the components of the family dynamics today.” The impact of 9/11 was different. December 7, 1941, was clearly an attack by another country. September 11 was a cat with different claws. Pearl Harbor involved military bases and naval vessels. 9/11 hit us where we live – civilian workplaces.

Miguel said, “Daddy’s been gone for months or years. He comes home and what better way to build a relationship with your child or spouse than riding alongside by the side on horses?”

I wondered how that worked with their regular students. “It does, but with the military, we are re-uniting a veteran with a family they’ve not been around physically for a long time.”

I wanted to know how successful the veterans program has been. I expected there would have been an influx of applicants. Not so.

“Frankly, our veterans program is going forward at snail’s pace. We have the horses. We have the manpower. However, for some reason, the vets are not participating.”

“Reluctance perhaps. Truthfully I can’t say for sure. It is still such a new program. Even though we market it through the proper channels, veterans seem not to be aware for some reason. There is no charge to veterans. Plus which, one other family member or friend is permitted to accompany the vet at no cost, so that he or she can be riding along with someone with whom they are familiar.

“The veterans program deals with interpersonal skills and being able to communicate in a different environment. Working with a horse and being able to learn horsemanship skills, such as the tacking process and becoming familiar with saddles and the maintenance of the animals and overall riding techniques is rewarding.

“Sitting on a horse for an hour once a week helps one to sort of escape the mind problems of everyday life; bills, family misunderstandings and that sort of thing.  It becomes a meditation process. When you are on that horse relaxing and spending time together, it is easy to develop a comradeship with the animal.”

What kind of feedback is he getting from current enrollees?

“Hard to tell exactly because we don’t have any vets involved as yet. “

Does he think they are shy?

“Don’t know exactly,” he says. “There is some hesitation because they really have to let their guard down; become vulnerable. Whereas, in the military, they are trained to do everything for themselves; now, they are challenged. Having been taught to be soldiers, partnering up with these large creatures that just want you to love them is a traumatic change of pace.”

Miguel says they have reached out to all the veteran groups: V.F.W., AMERICAN LEGION and through social media. “I hope that your story will give us the added publicity we need to encourage more of them to come forward.”

Although the veterans program is in its infancy, the facility has a long history of accomplishments. There is a large ring area where the horses parade about in an oval pattern. “That’s The Lydia Genders Arena,” he explains. “A pre-teener, confined to a wheelchair with various disabilities. She was our very first student.”

I did not know that the place was founded by someone whose family is well-known throughout the Valley. “Theresa Wilhelm, the young woman whose idea this place was, never lived to see it come to be what it is now. A little area with benches is known as Theresa Wilhelm Founder’s Park. She passed in 2002 of breast cancer, but her daughter, Tara, keeps in touch.”

Along a mile-long trail on the backside of the acreage, I was introduced to “Sensory Trail,” a rather new addition to the property, composed of twenty different activity stations along the way where students are able to perform while riding through on a horse. “This project came into being due to a generous $10,000 donation from the Soboba Foundation. Rose Salgado, Andrew Vallehos and Sully Ortese from the reservation have been very kind to us.”

T.H.E. CENTER holds several events throughout the year as a means to draw the community in. I asked Miguel who takes care of the nine-acre place. “Glad you asked. Mostly through the time and financial assistance volunteered. Without volunteers, we wouldn’t be able to operate. This is a large facility.”

No joke. Within the nine acres, there are also nine pastures, ten horses, a pony and miniature donkey. “The horses must be exercised regularly and maintained in healthy conditions. Our barn manager is amazing. Also, we have a great volunteer Veterinarian, Dr. Crowley from Anza who comes down regularly to check out the animals and will come anytime there is an emergency.”

I doubt ordinary people, not privileged to be involved, have any idea some of the duties required to keep the place in what I might call “ranch shape.”

“Our cleanup crew does an amazing job. Also, three people are required to maintain safety during a lesson: A lead rope to make sure the horse is paying attention and not deciding to goof off; aside walker on each side of the horse to maintain the safety of students.”

Knowing the importance of volunteers and the nature of the work required, I imagined that most volunteers are younger. “We would welcome older volunteers, but most are younger because they seem to be more interested in the physical aspects and more capable in some instances. Horses are large and need a strong hand.”

He says, “we are accepting more older volunteers because there are other needs around the place. For instance, working in the office, grant writing and procuring other volunteers.

“We were without a patio, so it was often too cold, too rainy or too hot to be outside with certain activities. Thanks to the Community Christian Church that has been remedied. The two front buildings and patio were donated by them. That allows us to have an indoor activity called a ‘ground lesson,’ where students learn about horsemanship skills in a classroom environment.”

If you’ve never been out to T.H.E. CENTER, you ought to try it. It isn’t hard to find. Drive south on Girard Street. Before the street starts up the hill to the Ramona Bowl, you’ll see the black and white sign with T.H.E. CENTER in bold letters. Go participate in some of their events or be a spectator and see what a wonderful effect these activities have on kids and adults alike, some of whom would perhaps have no social life, stuck in a room in a wheelchair or confined in other ways due to physical or mental disabilities.

To see a handicapped child, riding high on a horse, crying out, “Mama, look at me. I’m a jockey,” with a smile as wide as the noon-day sun is worth more than gold to the parent who might think to his or her self, “That could be my child.”

And to all you veterans who need something as wonderful as this – step up to the plate. This might be the very thing you’ve been looking for in your life.

Perhaps I’ll see you there sometime. I hope so. Just sayin’ 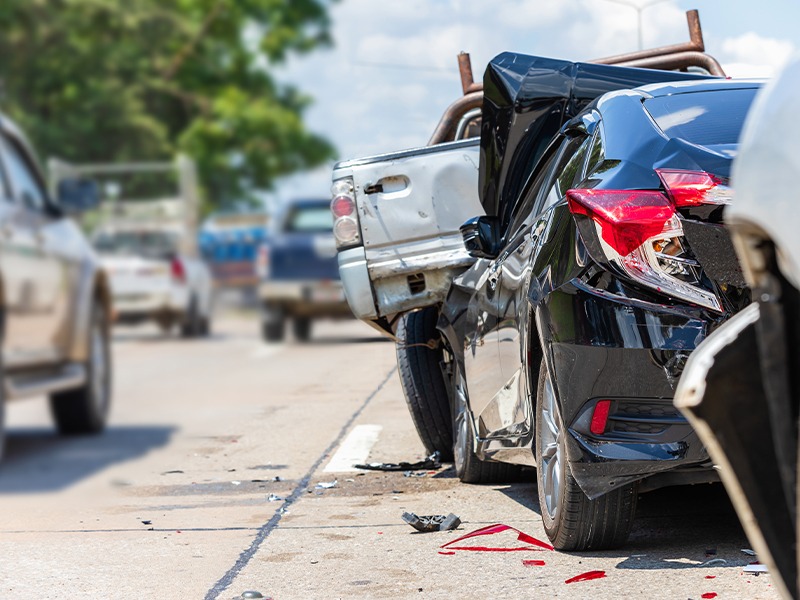 Associated Press - May 18, 2022
Nearly 43,000 people were killed on U.S. roads last year, the highest number in 16 years as Americans returned to the roads after the coronavirus pandemic forced many to stay at home.

US Influence around the World

Calvin Porter - January 9, 2020
As we begin a new-year, and in view of all the events taking place in the U. S., such as the controversy over immigration