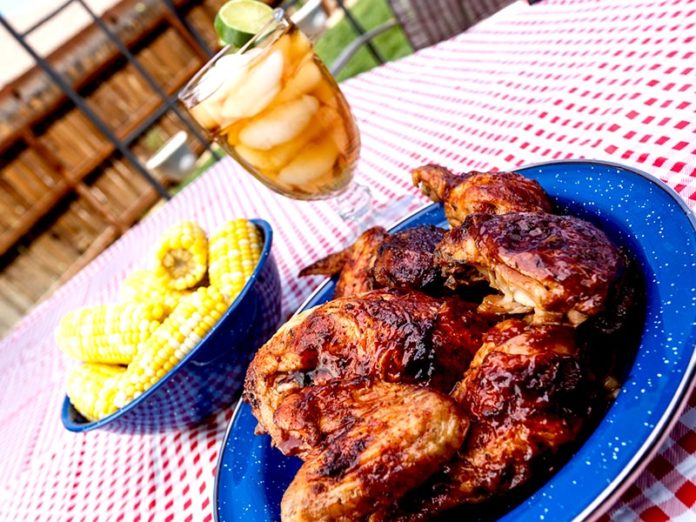 The answer to a relatively concise question – how does what we eat affect how we age — is unavoidably complex, according to a new study at the Butler Columbia Aging Center at Columbia University Mailman School of Public Health. While most analyses had been concerned with the effects of a single nutrient on a single outcome, a conventional, unidimensional approach to understanding the effects of diet on health and aging no longer provides us with the full picture: healthy diet needs to be considered based on the balance of ensembles of nutrients, rather than by optimizing a series of nutrients one at a time. Until now little was known about how normal variation in dietary patterns in humans affects the aging process. The findings are published online in the journal BMC Biology.

“Our ability to understand the problem has been complicated by the fact that both nutrition and the physiology of aging are highly complex and multidimensional, involving a high number of functional interactions,” said Alan Cohen, PhD, associate professor of environmental health sciences at Columbia Mailman School. “This study therefore provides further support to the importance of looking beyond ‘a single nutrient at a time’ as the one size fits all response to the age-old question of how to live a long and healthy life.” Cohen also points that the results are also concordant with numerous studies highlighting the need for increased protein intake in older people, in particular, to offset sarcopenia and decreased physical performance associated with aging.

Using multidimensional modelling techniques to test the effects of nutrient intake on physiological dysregulation in older adults, the researchers identified key patterns of specific nutrients associated with minimal biological aging. “Our approach presents a roadmap for future studies to explore the full complexity of the nutrition-aging landscape,” observed Cohen, who is also affiliated with the Butler Columbia Aging Center.

The researchers analyzed data from 1560 older men and women, aged 67-84 years selected randomly between November 2003 and June 2005 from the Montreal, Laval, or Sherbrooke areas in Quebec, Canada, who were re-examined annually for 3 years and followed over four years to assess on a large-scale how nutrient intake associates with the aging process.

Aging and age-related loss of homeostasis (physiological dysregulation) were quantified via the integration of blood biomarkers. The effects of diet used the geometric framework for nutrition, applied to macronutrients and 19 micronutrients/nutrient subclasses. Researchers fitted a series of eight models exploring different nutritional predictors and adjusted for income, education level, age, physical activity, number of comorbidities, sex, and current smoking status.

•    There were cases where intermediate levels of nutrients performed well for many outcomes (i.e. arguing against a simple more/less is better perspective);

•    There is broad tolerance for nutrient intake patterns that don’t deviate too much from norms
(‘homeostatic plateaus’).

•    Optimal levels of one nutrient often depend on levels of another (e.g. vitamin E and vitamin C). Simpler analytical approaches are insufficient to capture such associations.

The research team also developed an interactive tool to allow users to explore how different combinations of micronutrients affect different aspects of aging.

The results of this study are consistent with earlier experimental work in mice showing that high-protein diets may accelerate aging earlier in life, but are beneficial at older ages.

“These results are not experimental and will need to be validated in other contexts. Specific findings, such as the salience of the combination of vitamin E and vitamin C, may well not replicate in other studies. But the qualitative finding that there are no simple answers to optimal nutrition is likely to hold up: it was evident in nearly all our analyses, from a wide variety of approaches, and is consistent with evolutionary principles and much previous work,” said Cohen.

Contributed - August 22, 2020
Nearly 42 million Americans identified as caregivers for an older adult before COVID-19. Almost overnight, it's likely that millions more have since joined their ranks. With COVID-19, there are added complications, notably physical separation. Some people are supporting older relatives who live far away while others may be close by, but are maintaining a safe distance. The goal is to maintain social closeness while also practicing physical distance.

Contributed - August 27, 2021
The Mt. San Jacinto Community College District Board of Trustees voted on Thursday, Aug. 19, to approve the development and implementation of a COVID-19 vaccination and testing program. The decision, in response to the increasing cases of COVID-19 in the region, authorizes the district to implement a program designed to further protect students, faculty, and staff against COVID-19 and its variants. The program protocols will be discussed at the next Board of Trustees meeting scheduled for Sept. 9, 2021.