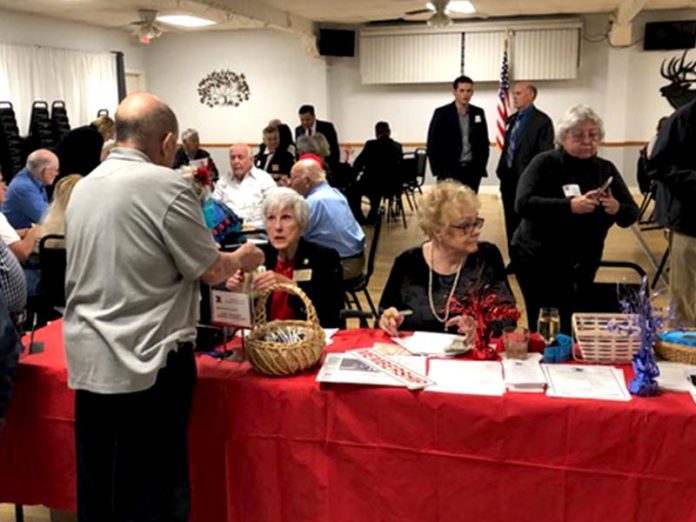 As a Republican, it did my heart good to see such a robust turn-out for The California Congress of Republicans (CCR) meeting this Monday at the Elks Club. The meeting was an overwhelming success which featured many Republican candidates.

Problems which have plagued our state under decades of Democratic control were covered.  These included: problems such as exorbitant taxes, the problematic-at-best voting situation (“Ballot Harvesting,” transportation, infrastructure…and Sacramento’s unwillingness of those in Sacramento to listen to our cities and their citizens.

When asked about the myriad voting problems plaguing California the speakers agreed: “Voter ID Laws. All of those problems are fixed when we go to voter ID Laws.”  And that’s the truth.  The usual clarion call of “racism,” or “bigotry,” hurled from the left at those who only seek honest open legal-voter-driven elections has rung hollow for years now.  Legal identification is used for our most important and sensitive transactions: of course they should be used in the most “sacred” secular transaction in which any and every American is/should be involved: their vote.

Giving a ballot to someone (and under California’s dubious law, it literally states that anyone can hand in someone else’s ballot) and hoping that they do the right thing is not enough: we need to ensure that the will of the people is adhered to and the way to do that is through enacting Voter ID Laws.  As we saw with the shenanigans of the 2018 mid-terms, this system invites problems.

In the coming weeks, I will endeavor to tackle the problems of ballot harvesting and other irregularities in the California voting system.

If these issues are as important to you as they are to Republicans who seek fair and honest solutions, we urge you to look us up on Facebook at: https://www.facebook.com/HSJCR/

Again, my congratulations to all the speakers and candidates who attended Monday’s gala event.