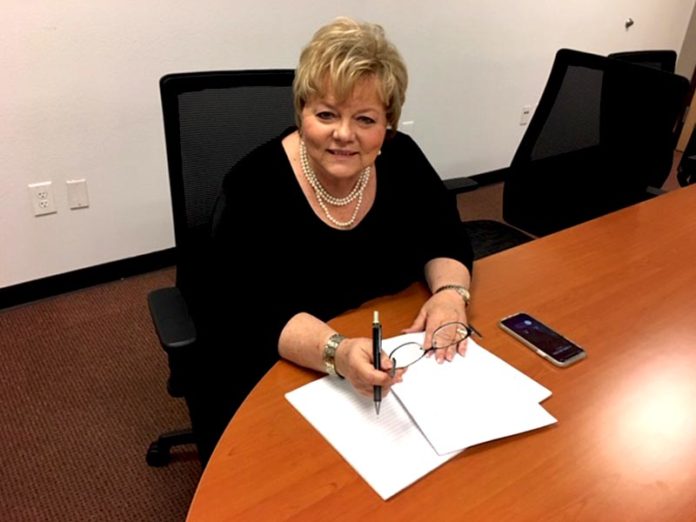 The Hemet San Jacinto Chronicle sat down this afternoon with Mayor Bonnie Wright and discussed several issues: among them was the California Bureau of Audit assessment of Hemet and an article in Business Insider Magazine which, to put it mildly, did not put Hemet in the best light. “First of all…What is the criteria used to place cities on this Business Insider list of the country’s “most miserable” cities? There are a million ways you can assess any town or anything for that matter. The problem with studies like this is that no one takes the time to find out what criteria is used.” Here is the criteria used: https://docs.google.com/spreadsheets/d/1j1L19LB3T3uldlkW8OsJ_JyFq-f8yPBYWXLj752hBHA/edit#gid=1188779382

In this, our Mayor is right on target.

First off, the study gave an unexplained 40% weight to population change. Why is it weighted at 40%? The study doesn’t say. What does this population change mean? The study doesn’t say. What’s the demographic of the population change? The article answers none of those questions. By the way, and for whatever it’s worth, which no one can tell from the study,  the demographic change was pegged at 8.50% from 2010 to 2018 (http://worldpopulationreview.com/us-cities/hemet-ca-population/). From the year 2000 to the year 2018, our population grew from 58,812 to 85,275: not only does the article not mention this, but it gives no idea as to what the population increase may even mean to the city.

The article also gives a 10% weight to those working in the civilian labor force. Why only 10% ? What’s the median for a city our size? Again, the study is mute. BI’s study gives 10% weight to Median Household Income, 15% weight to median commute time, 10% weight to the percentage of people in poverty and 15% of the weight of the study goes to those without health insurance. This is the sum total of the study’s criteria.

Again, one must ask, “Why are these criteria used? No one knows, because the study doesn’t cite its reasoning.

None of these issues were addressed.

Using our “Question of the week,” we asked our citizens what they thought of the BI article, and, on urging from the mayor, we also asked the question, “Are you better off than you were a year ago?,” the following week. While there were some understandably dour comments, the overwhelming tone of the responses was very positive.

“Look, our demographic is what it is: we don’t have an industrial base here, so of course people have to commute to get to certain jobs. Does that make us a “miserable city?” asks Mayor Wright, continuing, “We have a bedroom community. Why? Because we have no freeway access,“ says the fired-up Wright.

“Stop and think of the demographics portrayed in this supposedly in-depth article: they don’t take into account the disposable income of our senior citizens.“ Again the Mayor’s comments are prescient: A whopping 92.7% of our citizens are in what is called the, “Age Dependency Ratio” (ADR). The ADR is defined as, “…the ratio of people typically not in the labor force due to age.” With those kinds of number, of course a study using such meager and oddly-chosen statistics is going to show skewed “findings.”

The Mayor continued to hammer away with facts. “We have, in our demographics now, young married couples who moved here because the economy tanked in 2008…the  younger families were looking for a more affordable place to live, but now are driving further to go to well-paying jobs. At one time we had a median age of 63. Now? Now it’s 38. When you realize that there’s no redevelopment dollars anymore, because they’ve been siphoned-off by Sacramento, and then you see how drastically our population has changed in both size and average age, I think we’re doing remarkably well for a small Southern California town that is just now coming out of the recession.”

The mayor then took aim at the recently updated California State Auditor’s report stating bluntly, “We had some significant challenges with regards to revenue and we’re making swift and honest changes. Since Chris Lopez became a Interim City Manager, we have not only met with the Bureau of audits face-to-face several months ago, but continue to be in regular communication with the bureau.”

Interim City Manager Chris Lopez echoes the mayor’s sentiments commenting, “On May 30, 2019, I flew up to Sacramento to meet with the Auditor’s Office and discuss some of the items we plan to address in fiscal year 2019/20. Since then, I have remained in communication with the Auditor’s Office and plan on submitting a formal response to the most recent letter in the near term. It is my intent to begin discussions about a budget-forecasting model in the beginning of 2020 as this is critically important to the fiscal sustainability of our community.”

With only a month or so left in her mayoralty, the Chronicle realizes that Mayor Wright did not have to afford us an interview: it is greatly appreciated.

Search: our mayor speaks out