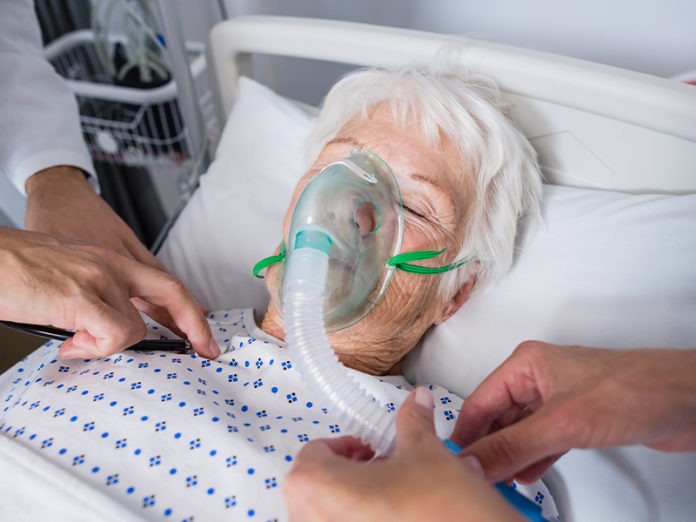 PROVIDENCE, R.I. (AP) — The deadliest month yet of the coronavirus outbreak in the U.S. drew to a close with certain signs of progress: COVID-19 cases and hospitalizations are plummeting, while vaccinations are picking up speed.

The question is whether the nation can stay ahead of the fast-spreading mutations of the virus.

But as the calendar turned to February on Monday, the number of Americans in the hospital with COVID-19 fell below 100,000 for the first time in two months. New cases of infection are averaging about 148,000 day, falling from almost a quarter-million in mid-January. And cases are trending downward in all 50 states.

“While the recent decline in cases and hospital admissions are encouraging, they are counterbalanced by the stark reality that in January we recorded the highest number of COVID-19 deaths in any month since the pandemic began,” said Dr. Rochelle Walensky, director of the Centers for Disease Control and Prevention.

Deaths do not move in perfect lockstep up or down with the infection curve. They are a lagging indicator, because it can take a few weeks for people to get sick and die from COVID-19.

Dr. Philip Landrigan, an epidemiologist at Boston College, said vaccines are a factor in the sharp drop in cases but are not the primary cause. Instead, he said, the crisis has become increasingly “depoliticized” in recent weeks as more people come to grips with the threat and how they can help slow the spread of the virus.

“I don’t think you can underestimate the importance of this culture change. I think it’s critically important,” he said.

After a slow start, the vaccination drive that began in mid-December is picking up the pace. More than 32.2 million doses have been administered in the U.S., according to the CDC. That is up from 16.5 million on the day President Joe Biden took office, Jan. 20.

The number of shots dispensed in the week and a half since Biden’s inauguration has been running at around 1.3 million per day on average, well over the president’s oft-stated goal of 1 million per day. More than 5.9 million Americans have received the required two doses, the CDC said.

However, the CDC reported Monday that many nursing home workers are not getting their shots when doses are first offered.

Researchers looked at more than 11,000 nursing homes and other such facilities that had at least one vaccination clinic between mid-December and mid-January. While 78% of residents got at least one shot, only 37.5% of staff members did. Surveys suggest some nursing home workers are skeptical of the shots’ effectiveness and don’t think viruses spread easily from them to the people they care for.

Three mutated variants of the virus from Britain, South Africa and Brazil have been detected in the U.S. The British one spreads more easily and is believed to be deadlier, but the South Africa one is prompting even more concern because of early indications that vaccines may not be as protective against it.

The more the virus spreads, the more opportunities it has to mutate.

Walensky urged Americans to get vaccinated as soon as shots become available to them, and stressed it’s no time to relax basic precautions such as wearing masks.

Meanwhile, a snowstorm Monday forced the closing of many vaccination sites in the Northeast, including in New York City and Connecticut.

And a plan to reopen Chicago schools to roughly 62,000 students for the first time since March remained in doubt. Last-minute negotiations over COVID-19 safety measures with the teachers’ union stalled, increasing the possibility of a strike or lockout if educators do not show up for work.