As my readers know, I’ve been off for the past two weeks. Upon my return, the paper received a call from a gentleman who seemed between anger and disgust. He requested that I come out to see the condition of his street. Usually, we would refer such calls to the city but stated the city was ignoring him and his neighbors’ complaints.

I arrived at 240 Linda Lane a couple of blocks south of Devonshire and was met by Mr.Charles Vineyard. He didn’t hesitate to let me know how he felt.

“I’ve come to the newspaper because I’m getting nowhere with the city. I started to complain to the city two years ago and have followed up since then. They simply do not respond.”

What, I asked, is your primary complainant. I couldn’t help not notice the gravelly condition of the street.

“As you can see, a city truck came by this week and supposedly patched a few holes. It was a sloppy job and it doesn’t do anything to improve the street’s condition. They gave a few holes a lick and a promise and left, and even that was not properly done. We are sick of it.”

He continued. “My car is constantly out of alignment because of the street’s condition.

This is a street of families with young children who cannot ride their bikes or skate on the street without being injured by the street’s gravelly condition. We do not have come and go traffic and since we are a cul-de-sac, we lookout for our children.

“I don’t expect the street to be re-paved every five years, but I’ve lived here for 15 years and nothing has been done. I notice that nearby Devonshire is re-paved regularly.

Mr. Vineyard then introduced me to his next-door neighbor at 230 Linda Lane, Mr. Francisco Perez who had similar complaints.

“When the kids are playing, they trip on the little potholes that are all up and down this block. Pebbles that have come loose over the years that make the street very rough. They trip and end up with bruises on their elbows and knees. It could be a lot worse. It has been that way for a long time.”

Down the street at 225, I met Mr. Robert Miner, a father of three, ages 10, 6 and 9 months. He says that the two older ones have been out of school for three months and since he lives at the end of the street there is no traffic and even there it is too rough for his youngsters to skate or ride a bike because of the loose gravel and ruts.

“About three years ago, a young girl rode out of her driveway on a scooter and as soon as she hit the street, the scooter hit gravel and flipped her off. She lost several front teeth. That should never happen. I’ve been here for 15 years and it doesn’t do any good to complain to the city. You are just ignored.”

Finally, I spoke to an elderly grandfather residing at 245, whose name is Ted Martin. He echoed the same complaints. “I bought this house in 1992 and not once has this street ever been paved again. I had to put new shocks on my van because of its condition. Over the years, I’ve complained to the city several times and received no response. What they did here this week is nothing. A heavy car would sink into the tar easily. Already there are tire treads because the little they did wasn’t properly tamped down. They were in such a hurry to get out. My grandkids can’t skate or ride their bikes here. There is no fear of cars, only the gutted street. We are taxpayers and we deserve better.”

I, also, have had trouble recently trying to contact the city.

Normally none of this would be the paper’s concern, but when an entire block is united in their complaints and receiving no response from the city, we have a duty to assist. Our job is to serve the community and this, in a way, is part of that job. Angry taxpayers are a force to be reckoned with. Just sayin’ 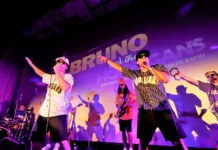 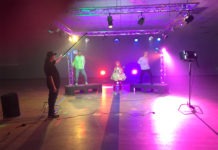 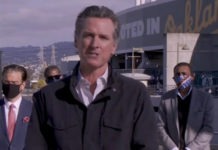 Contributed - May 28, 2020
Although it happened nearly 30 years ago, the story of Lorena Bobbitt and the domestic violence she endured still resonates today in the #MeToo era. Lifetime kicks off Memorial Day with the Ripped from the Headlines

Rusty Strait - January 28, 2021
Seventeen-year-old Gavin Meyer, not yet graduated from high school just returned from his umpteenth road trip to play baseball. Part of the Performance Finish Athlete on a tour he has previously traveled with around the country to pitch in youth leagues that are highly covered by major league baseball scout.