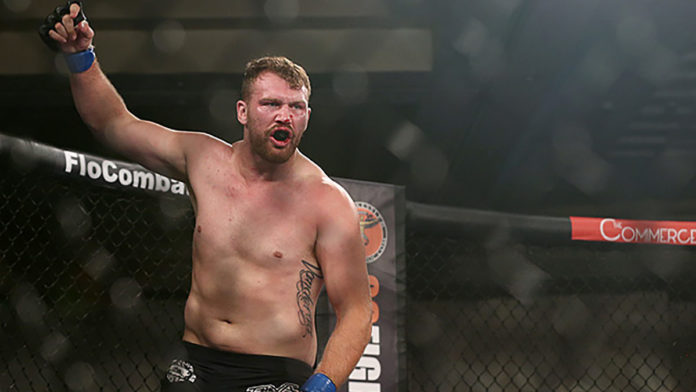 He went to South Africa and conquered the best they had to offer. He came home with a championship belt. He has been patiently waiting in the shadows, working on his game, and looking for his next opportunity to strike. That opportunity is here now where he will meet in the cage against Chi Chopper Lewis Perry, a 35-year-old Heavyweight with a 7-0 record fighting out of London. Perry would have a 100% finish ratio, but he has one draw and two no contests (no contests usually result when a fighter breaks a rule that results in the fight-ending). He will travel down to our neck of the woods to face our hometown hero Jared “The Mountain” Vanderaa.

This fight is scheduled to take place in Riverside Ca, on August 30th (Venue to be determined) and in essence serves as a number one contender fight. The winner will hope to make a quick jump back into the cage to challenge the Current Heavyweight champ as a stepping stone to get into the UFC and fight in the octagon. Jared is entering this fight with a 9-3 record, but two of those losses where highly questionable decisions that many feel like should have gone his way. His other loss came via submission late in a fight that he was winning on the scorecards.

Jared has a 100% finishing rate with six KO/TKO’s and three submissions. He is ready to take this fight anywhere it’s going to go. Jared has been in camp for a couple of months training with fighters who are currently on the UFC roster to be ready for this fight. If you ask Jared how he feels going into the fight, he will tell you how confident he currently is. Jared feels like he is 100% a better fighter then he was when he won the EFC Heavyweight title.

Jared has been training at Dan Henderson’s Athletic Center, Team Quest Athletic Center, and with other various fighters to work on specialties. Jared is ready to take this fight wherever it may go, but he won’t take his opponent lightly. He knows that his opponent is known for being very aggressive and an angry fighter. I expect Jared Vanderaa to play it smart, choose his shots, and try to wear his opponent out. One thing Jared prides himself on is his stamina and tenacity to keep fighting until he hears the final bell rings.
Tickets go on sale soon, let’s show our support for Hemet’s fighter Jared Vanderaa and show up to the fight in Riverside. If you have any questions about tickets and venue email me at VCsportsKyle@gmail.com and I’ll email you when there is more information available.

HSJ Chronicle’s Game of the Week

Kyle Headlee - October 24, 2019
San Jacinto High School (SJHS) will take the trip to Perris as the Tigers seek to hunt down some Hawks. San Jacinto is fresh off a victory over their rival, the Hemet High Bulldogs.