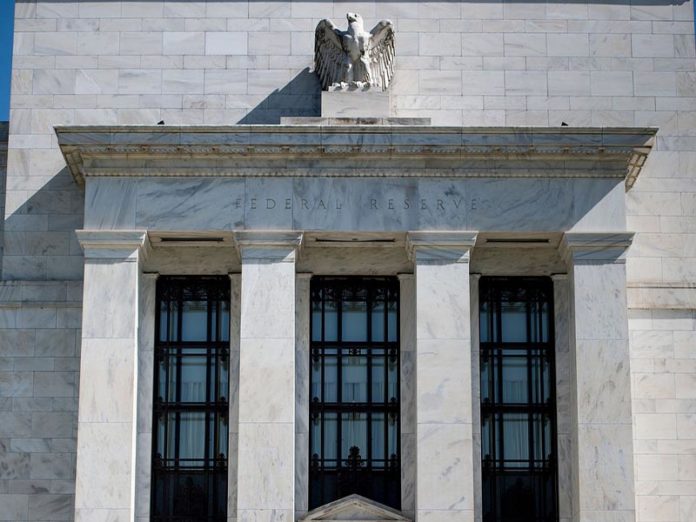 (The central bank is acting as a buyer)

The central bank is acting as a buyer of last resort and propping up the bond market in the most efficient manner possible.

The Federal Reserve on Monday announced a fresh round of stimulus designed to calm markets and buffer the hit to the economy from the Coronavirus pandemic. Among other steps, the Fed said it would buy exchange-traded funds that track the corporate bond market, a first for the U.S. central bank.

“This will provide much-needed liquidity to the bond market and to ETFs,” said Todd Rosenbluth, head of ETF and mutual fund research at CFRA.

Financial markets have been pummeled over the past few weeks. The global oil market has been collapsing just as a virulent pandemic sweeps the world, sapping resources and shutting down economies. Investors across all kinds of markets are racing to “sell everything.”

But the dysfunction may be particularly acute in the market for more highly rated corporate bonds, which aren’t as risky as “high-yield,” or junk-rated, bonds. Investors aren’t used to contemplating such a massive wave of defaults and bankruptcies as the one that might be upon us as companies from cruise ship operators to oil pipeline operators face near zero cash flow.

“All of this is to make sure that people who want to sell have a buyer,” explained Steve Blitz, chief U.S. economist for TS Lombard. “The Fed is taking both sides of the market so people who need to raise cash can do so.”

In large part, the Fed is using ETFs to accomplish this goal because it’s harder to buy individual bonds than stock positions. “ETFs offer the benefits of impacting thousands of bonds in one trade,” Rosenbluth told MarketWatch.

As a second step, Rosenbluth and others think the Fed’s tiptoe may help calm parts of the ETF ecosphere, which has been rattled by record outflows, not just the bond market. For one example, as previously reported, the big investment-grade corporate-bond fund iShares iBoxx $ Investment Grade Corporate Bond ETF LQD, +7.39%, closed on one particularly volatile day about 5% lower than the stated value of its holdings. That means anyone who tried to sell LQD on Thursday received about 95% of what they might have expected. A powerful market stabilizer like the central bank may help buffer strains like those.

On Monday, after the Fed’s announcement, LQD had gained about 6% and a competitor, Vanguard’s Intermediate-Term Corporate Bond Fund VCIT, +5.42%, was about 5% higher.

But Dave Nadig, chief investment officer and research director for ETF Flows, noted in a blog post Monday morning that the Fed’s purchases won’t help with the challenges facing bond ETFs right now. ETF issuers rely on third-party bond pricing services to help them determine pricing for bonds, which don’t trade frequently under normal circumstances, let alone in a crisis. Those services, often seen as imperfect despite being the best option available, help inform the price of the fund itself.

In the current trading environment, Rosenbluth told MarketWatch, “this is a bad environment for trading execution because things are happening so fast that it’s hard to assess fair value.”

Meanwhile, Goldman Sachs analysts on Friday said they anticipate high-yield defaults to spike to 13% by year-end, even with the Federal Reserve’s revival of crisis-era facilities to pump liquidity into financial markets.

They also pointed out that bond-fund outflows have been driven by ETFs and expect the corporate bond market to remain challenging, “which may result in persistent ETF outflows in the near term.”

Of note, the Fed last week excluded ETFs and other types of assets from being used as collateral when it rolled out a new Primary Dealer Credit Facility to arm key dealers of securities on Wall Street with low-cost loans to jump-start trading again and to boost liquidity.

Still, many observers are applauding the Fed’s commitment to doing what it can to assuage the battering of the financial markets. “While Congress fiddles, Fed continues to get it done,” wrote Chris Low, chief economist for FHN Financial, on Monday morning after the Fed’s announcement.

More to the point, as Blitz notes, “How we got here is ten years of successive liquidity pumped into the market, forcing money into risk assets, building up the economy through financial asset inflation because the real side of the economy didn’t come along to the same extent. The Fed created this monster so it has to be on the other side of it now.”

Search: The central bank is acting as a buyer