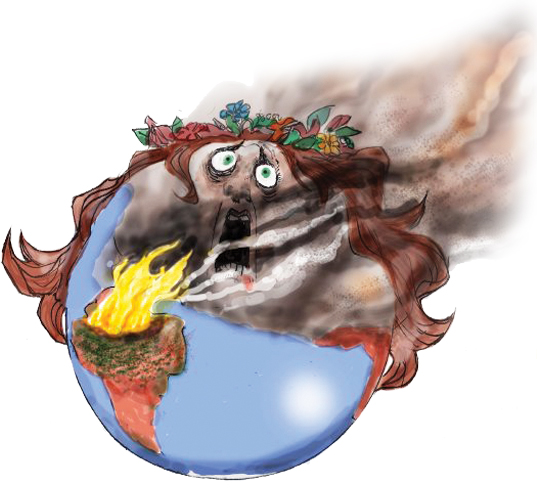 Whenever I read or hear statements like “estimates show nearly 20% of oxygen produced by the Earth’s land comes from the Amazon rain forests, often being called the ‘planet’s lungs’, and that Brazil has had more than 75,000 fires so far this year, with more than half in the Amazon Region, Robin Chazdon, Professor Emeritus, University of Connecticut has stated that “what’s happening in the Amazon has actually been happening for several years, but it’s reaching a critical point.” Environmentalists blame the fires on Brazilian President Bolsonaro; they say he’s encouraging cattle ranchers and loggers to build on the land. “What we’re seeing is an unprecedented deliberate setting of fires to clear land for agricultural use,” Bolsonaro said nongovernmental groups might have set fires to draw criticism of his government. He has deployed Brazilian armed forces to help combat and prevent fires, while smoke can be seen thousands of miles away in Sao Paulo and is visible from space. “The forest in Amazonia and those including countries outside of Brazil constitutes about 25 percent of the carbon sink globally.  And that’s why losing this carbon to the atmosphere has such enormous consequences for global warming.” According to the World Wildlife Foundation, the Amazon region contains one in 10 known species on earth. Scientist says the Amazon could irreversibly degrade into a dry savannah. “Currently the level of deforestation in the Amazon is about 15% that’s already been destroyed if that level reaches 20 to 25%, there’s some concern that this could create conditions that will make it difficult for forest to continue to function. And so the ecosystems are going to change.

Once the fires die down and it’s no longer on the news, people tend to forget about it.  But this is going to have a lasting impact and one that will reverberate not only through Brazil, but also globally. The Amazon rainforest, covering much of northwestern Brazil and extending into Colombia, Peru, and other South American countries, is the world’s largest tropical rainforest, famed for its biodiversity. It’s crisscrossed by thousands of rivers, including the powerful Amazon River towns, with l9th-century architecture from rubber-boom days, include Brazil’s Manaus and Belém and Perú’s Iquitos and Puerto Maldonado.

The Amazon Rainforest contains over 3,000 fruits, 200 of which are consumed in the western world. Environmentalists are concerned about the loss of biodiversity that will result from the destruction of the forest, and also about the release of the carbon contained within the vegetation, which could accelerate global warming.

As indigenous territories continue to be destroyed by deforestation and ecocide, such as the Peruvian Amazon, indigenous people’s rainforest communities continue to disappear, while others, like the Urarina, continue to struggle to fight for their cultural survival and the fate of their forested territories.  In April 2019, the Ecuadorian court stopped oil exploration activities in 1,800 square kilometers of the Amazon rainforest, and on July 2019, the Ecuadorian court forbade the government to sell territory with forests to oil companies.

In 2005, parts of the Amazon Basin experienced the worst drought in one hundred years, and there were indications that 2006 may have been a second successive year of drought.  A 23 July 2006 article in the UK newspaper The Independent reported the Woods Hole Research Center results, showing that the forest in its present form could survive only three years of drought.  Scientists at the Brazilian Institute of Amazonian Research argued in the article that this drought response, coupled with the effects of deforestation on regional climate, are pushing the rainforest towards a “tipping point” where it would irreversibly start to die.  It concluded that the forest is on the brink of being turned into savanna or desert, with catastrophic consequences for the world’s climate.

How Good is the US Economy Performing

Calvin Porter - January 16, 2020
Electing President of the United States and the leaders of our government entrusted with the security, health and welfare of the population