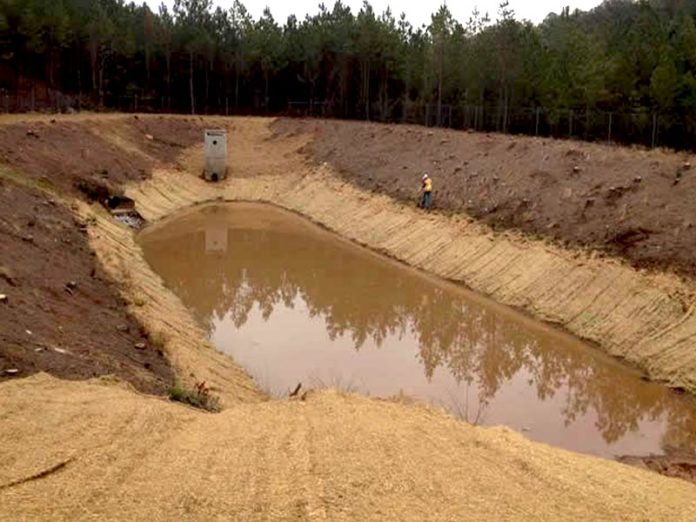 Back in September the Eastern Municipal Water District (EMWD), awarded the contract for the Basin Project, which is on a 39-acre site at the west corner of Mountain Avenue and Esplanade Avenue. The proposed project was fairly large in scale and entailed an excavation of nearly 368,000 cubic yards. That, according to the EMWD would be an estimated 29,000 truckloads that would have to be hauled out of the construction site and then hauled back in. The proposed route to the stockpile ran through Mountain Avenue, Lake Park Drive, and Soboba Road, all within the boundaries of San Jacinto.

When council was first presented this project it was concerned about certain aspects of the basin project, especially noise, dust, and the impact of the haul trucks to the already deteriorated pavement along Mountain Avenue. The City had already planned a pavement restoration project but was concerned the hauling and loading of the trucks would cause damage that would negate  weakened pavements or merit another replacement of that pavement.

As a response, the EMWD Assistant General Manager Joe Moauwad proposed that EMWD would mitigate the haul’s impact to Mountain Avenue by contributing to the Pavement Project. Since then, the City Engineer’s office and EMWD staff have worked together to arrive at the sum of $111,714 to be contributed to the restoration. City Engineering staff also performed a new pavement assessment, and the EMWD adjusted the proposed haul route to avoid as much of the distressed pavement as possible. In regards to the dust, mitigation measures will be incorporated into the contractor’s haul permit conditions, which provides the City with the ability to suspend or revoke the haul permit if the contractor does not comply with the mitigation measures.

Susan Beckett - April 30, 2022
A man saw a small boy drawing a picture and asked him, "What are you drawing?" "A picture of God," he replied. The man told the boy that no one knows what God looks like, to which the boy confidently responded, "They will when I get done!"

Susan Beckett - December 4, 2020
Several decades ago, when my daughters were in grade school, we drove to Orange County to meet my mother for a day trip to Newport Beach. A “fun in the sun” time would be had by all. We parked along the street and spent a long glorious day in surf and sand.