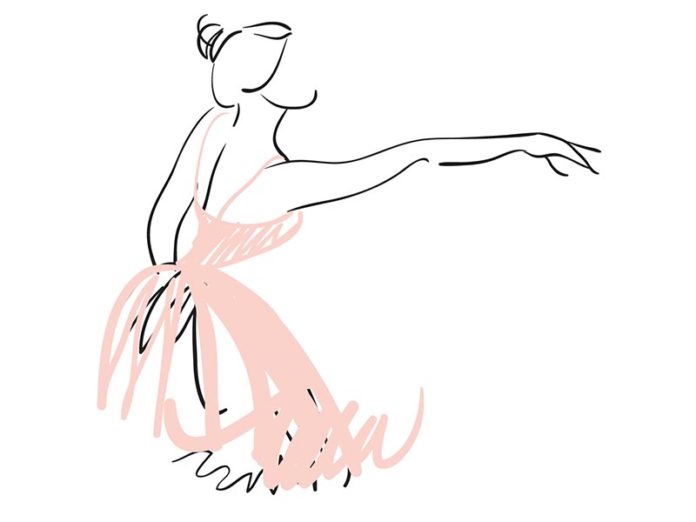 My son has often said to me, “Dad, times have changed,” well, I got a good dose of change when I interviewed Sierra and Tyrone Barahas. This young couple are owners and operators of NOT OF THE WORLD DANCE STUDIO in Hemet.

How and why did their dance studio come into existence?

“We’ve been around for a couple of years,” says Sierra; in this building four months. We operate for the glory of Jesus. In the dance studio business, there is a lot of jealousy and negativity. That’s not who we are. Being in that environment over the past two years made me want to create a positive environment. Inspired through Jesus through dance it was easy to go forward. It is such a blessing to see young people learning to dance for Jesus.”

Who signs up for their dance classes?

“Right now they are mostly quite young, but we do have some young adults are starting to come in. But the average age is from three to wherever it goes.”

Both Sierra and Tyrone are lifetime dancers themselves. “I was born to dance,” says Tyrone who grew up in San Diego, moved north to Merced at one point and then to San Jacinto.

“I moved to the San Fernando Valley, attended Moorpark College and later to Pierce College where I studied dancing. It was during those three years I lived in North Hollywood that I began dancing professionally. When I was just a kid, I saw a video of Usher doing Michael Jackson moves that I fell in love with dance.”

Sierra’s introduction to the dance was somewhat different. A local girl, she attended Dartmouth middle school, Hemet High and Mount San Jacinto Community College, graduating in 2015 with a degree in liberal arts and then on to University of Riverside where she obtained her masters. Sounds more academic than artistic, but it was the art of the dance that has been her motivation.

How did she and Tyrone meet? He says, “When I moved back to San Jacinto, a friend’s dance studio brought us together. I walked in the door and saw her, and I said to myself, ‘I might marry that girl.’ Oddly enough, I didn’t really like her at first. But marrying her is the best decision I ever made. You have to make a good decision once in a while to compensate for all the bad ones.”

The two became competitors in a way, he says. “She started a dance studio while I was still working for another dance studio which created some tension between us. We started dating about three months after we met and after four years got married last year. I figured it was about time.” They are now parents of a new baby.

Their own dance studio began in My City Youth Center in Hemet, a non-profit youth center. The Center gave them some space to operate their fledgling studio. After a while they began taking in new students and to outgrow their space.

Sierra says,”We began to pray for guidance and soon found a place on State Street that was affordable and thought, “okay, this is it.” Short-lived situation. “We decided to trust God to lead us in the right direction. We found this location and moved in two months ago.”

What do they see for themselves in the future?

“We expect to continue our growth and move on to a larger space, but right now we’re concentrating on what we accomplish here.”

Is dance really popular in the Valley?

“It is. We’re getting more teens. It is the little ones who seem to want it. It is all about getting the word out and letting folks know we are here.”

What might I be missing? Ask and ye shall receive. Tyrone is also a musician who performs on the keyboard and guitar. Sierra also sings.

“I sing in church, but don’t volunteer elsewhere”.

They have their first dance contest coming up this Saturday.

“The Emanuel Christmas Dance Story is about the birth of Jesus in dance. We hope people will join us. It is family event and we will be raffling off bikes, Christmas Baskets and other things,” Tyrone adds, “The Dream a Neon Puppet Team” is coming to perform. They feature a black light puppet show.”

This dedicated young couple have goals and thanks to their faith they have no fears of not accomplishing everything they set out to do.

Yes, times have changed. I grew up in West Virginia in a very fundamentalist church.

If we danced, smoked or went to the movies, we backsliders would have to be “saved” all over again. Imagine that. Just sayin’

FOR DETAILS FOR THE DANCE CONTEST: