This is what they call a nail-biter, folks.

With Democrats managing to hang on to control of the U.S. Senate following votes tallied this weekend, all eyes have shifted to the U.S. House — and to California, which could end up determining the balance of power in Congress and the political direction of the country.

With 218 House seats needed for a majority, Republicans had secured 212 and Democrats 204 as of Sunday, according to the Associated Press. But 19 races remained too close to call — including 12 in California.

David Wasserman, U.S. House editor for the nonpartisan Cook Political Report, told the Los Angeles Times: “It will absolutely come down to California. It’s the single largest cluster of races that are too close to call. It could remain that way for several days.”

In three Golden State contests, the candidates were within 3 percentage points of each other as of Sunday night, CalMatters’ live results tracker shows. Other gaps weren’t much larger: In the Central Valley, for example, Republican Rep. David Valadao was about 5 percentage points ahead of his Democratic challenger, Assemblymember Rudy Salas.

The three closest races include:

• The race between Republican Rep. Ken Calvert and Democrat Will Rollins for a district spanning the Coachella Valley and Riverside County.

• And the contest between Republican farmer John Duarte and Democratic Assemblymember Adam Gray for a newly created district anchored in Modesto.

Regardless of which party ends up in control of the House, a Californian is in line to take the helm: either current Speaker Nancy Pelosi, a San Francisco Democrat, or Rep. Kevin McCarthy, a Bakersfield Republican.

• Pelosi said in a Sunday interview with ABC that she doesn’t plan to leave Congress, but declined to share whether she intends to seek a leadership position: “I’m not making any comments until this election is finished, and we have a little more time to go.”

• Meanwhile, if McCarthy were to ascend to the speakership — a path his party will be asked to affirm Tuesday in an internal vote — he would face the sizable challenge of contending with former President Donald Trump’s increasingly divisive influence on the Republican Party.

The election may also pose a conundrum for Gov. Gavin Newsom, whose path to higher office could be stymied by results seemingly contradicting his repeated assertion that the Democratic Party is getting “crushed on narrative,” argues Wall Street Journal columnist James Freeman. 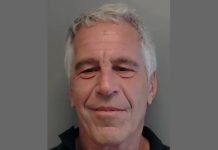 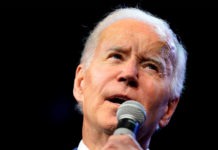 Biden, Trump to make final appeals ahead of crucial midterms

Associated Press - November 7, 2022
An election year that unfolded against the backdrop of economic turmoil, the elimination of federal abortion rights and broad concerns about the future of democracy is concluding with a final full day of campaigning in which leaders of both parties will issue urgent appeals to their supporters.