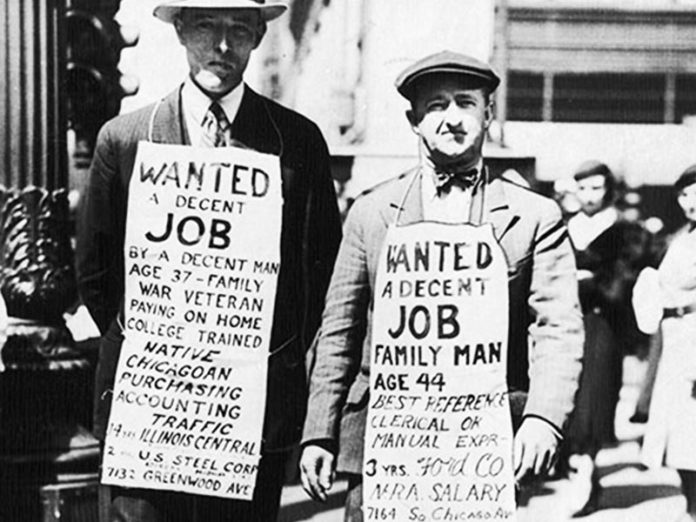 I’ve been told that I have a memory like a steel trap. It is true that I can remember details from age three, even as to what someone was wearing and the topic of conversations. I don’t know why, but it has always been that way with me.
However, since I began this book I’ve gone back over the previous chapters and I will remember something missing that should be in a chapter. I’m starting to think about some of my foundations that weren’t always fun and games.

I grew up during the Great Depression, but the first six years of my life were not those of the poverty-stricken thirties. My step-father, Okie B. Woods, was a hard working man with a good income until the market went belly up in October 1929. Loss of jobs did not hit our family hard until 1931 when the employment bubble busted. I recall the Christmas of 1930, mom and I lived alone in apartment upstairs over a loan company. My mother always lived in town. She wasn’t about to be known as a country girl. Too much vanity. Mom and my step-father had split earlier in the year. We lost our big house on Edgewood Drive near the country club and were beginning to learn what it was like to do without.

The family doctor gave us a Christmas tree, otherwise we would not have had one that year. She always let me help with the decorations and I recall crawling under a buffet to reach the electrical socket with a cord from the tree lights. I plugged the light cord into the wall and slam, bam, thank you ma’am, I picked myself up on the other side of the room. The lights were old and the fabric covered cord had worn thin. Consequently my fingers were wrapped around the frayed line and when the plug connected to the current I got a never to be forgotten shock and journey across the room that jolted the daylights out of me. Since that time I never plug anything into a socket without checking the cord.

My mother was working at the West Side Diner right across the street from our apartment at the time so she was able to be home more with me, plus which she brought me over to have lunch with her every day. The Christos who owned the place were a big part of my growing up. Two of their sons, George and Gus went to Bigley and Lincoln grade and junior high schools with me. George and I were in the same class. Gus was two classes ahead. Over the years Gus and I became close. He later took over the restaurant after his father died. Even when mom didn’t work there, I was always asked when I went in if I was hungry. Gus and his father took care of my hunger more times than I can remember. When I came home from the war Gus threw a welcome home party in my honor.

Throughout my early teen years Gus was very special in my life, like an older brother. Not being athletic or rough, older boys picked on me. It was something I tried to avoid, but I just seemed to be a punching bag for some older guys who enjoyed bullying weaker or smaller boys. Gus, all everything athletically, took up for me on more occasions than I can remember. One punch from him and any of them would back away. All too often, however, someone would catch me when Gus wasn’t around. He always told me, “Anybody bothers you, you let me know.” I never told him though. I didn’t want him to feel obligated.

Aside from the Christos and family, I was amazed almost to embarrassment the as to how many guys who mistreated me when I was in school who were suddenly my friends when I came back from World War II. It was like they all had an ephifany while I was gone and saw me in a different light. I found out later that some of them didn’t make it into the war for one reason or the other and supposed the others suddenly had respect for a fellow service man. No matter the reason, I felt for once in my life I’d done something worthwhile. Even my two uncles Fred were different. Out of 13 cousins only myself and Bill actually wanted to see the world or whatever.

The war changed the world. We were no exception. Women who were home makers and housewives prior to the hostilities had replaced their husbands and fathers in the work force. Rosie the Riveter was a slogan of women in defense plants while the men were fighting Nazis and Japs. The genie was out of the bottle. It was the beginning of women’s liberation. Girls who grew into their twenties working for the military needs would no longer accept the old way of bedroom, kitchen and living room. They had finally achieved the suffrage promised by Susan B. Anthony and were finally able to be recognized for all they could accomplish if the door opened and World War II opened it wide. The country was better for it in so many ways, but whether we liked it or not men had to take on more responsibility for raising children.

I enjoyed the post-war years and grew with all the new discoveries and inventions that came about due to necessity. One thing I have never forgotten, however, is where I came from and where I got my basic training. My people were hard workers surviving the most severe conditions of the Great Depression. I learned two things early on: The work ethic and the knowledge that no matter how high I soared that I would always be a hillbilly from West Virginia. Some things are well worth remembering.
The war was over and so was the age of innocence.
THE END

Contributed - March 8, 2022
There’s nothing like war to hasten the spread of a plague. It’s impossible to maintain handwashing, social distancing and masking in the middle of a siege. The war in the Ukraine makes COVID-19 spikes in the region “inevitable,” writes Alice Park at Time; those surges in turn could provide fertile ground for new variants to emerge.