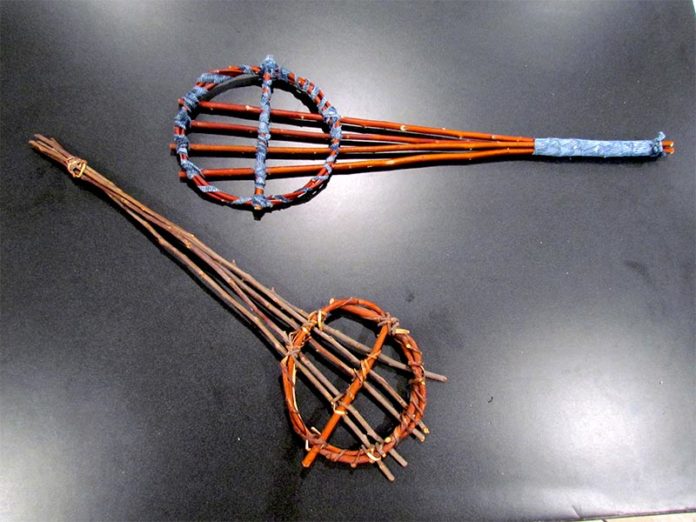 As part of its Fall Cultural Program Series, Soboba’s Cultural Resource Department recently hosted a two-part Seed Beater making class. During the class, presented by Steven Estrada, Soboba’s Environmental Department Manager and Chairman of the Santa Rosa Band of Cahuilla Indians, a dozen participants learned about the necessity of this unique tool.

Estrada learned about making various cultural material items from his grandmother Josephine Modesto and her aunt, Katherine Siva Saubel. They are also the ones who taught him about traditional plant uses.

“A lot of items used a long time ago didn’t survive because they were made from lightweight materials and would get worn out,” he said. “People would just throw them away and make a new one. It wasn’t like the coil baskets that were made to be more durable.”

Seed beaters are just one of many cultural use items used in everyday life by local tribal people. Seed beaters used to remove chia, sage and other small seeds from plants were known in Cahuilla as písh yíkawva’al, and larger ones used to beat acorns and pinecones out of trees were called písh vúkiva’al. These tools were valuable to collect items needed for food. Seeds are often toasted or ground down before consumption for easier digestion and increased nutritional value. Acorns are cracked and ground before fresh water is poured through the acorn meal to wash out any bitterness of the tannins.

Tribal people incorporated knowledge and necessity into their efforts to thrive while living off the land in nearby deserts and mountains.

Estrada said the Soboba Cultural Resource Department has knowledge of where traditional use plants can be found on the Soboba Reservation. During the first class, attendees took a short trip from the Old Tribal Hall to a surrounding area to gather willow reeds in order to complete the initial steps of making a seed beater. In the second class, after allowing the materials to cure/dry out for a few days, Estrada demonstrated how to construct a seed beater by weaving scrap fabric around the loop and spokes to secure all parts. Each seed beater consisted of seven willow reeds: one curved into a loop, one for the cross and five for spokes, all connected with about three yards of fabric strips.

Soboba Tribal Council Treasurer Kelli Hurtado said she was glad she was able to find the time to attend the late afternoon class.

“I want to get back into basket weaving and other projects,” she said.

Joseph Ontiveros, Tribal Historic Preservation Officer with the Cultural Resource Department, said this project was a great example of how tribal people continue to adapt to survive.

“Tribal people have survived by utilizing what was on hand,” he said, adding that after continuous usage, the seed beater could need to be regularly repaired with other materials on hand.

“Very often we overlook things that were necessary, like collecting traditional foods,” Ontiveros said. “This class teaches about a basic item used for that purpose.”

He said it can be difficult to find instructors for these types of classes, but said Estrada was chosen as an instructor because of his wealth of traditional tribal knowledge. Tribal material culture items refer to objects produced by tribal people for practical use.

The purpose of Soboba’s Cultural Program Series is to offer classes that will continue to highlight the importance of learning and maintaining all aspects of culture within the Native American community. Hosting more material culture classes is one of the department’s current goals and there are quite a few planned for the coming year. 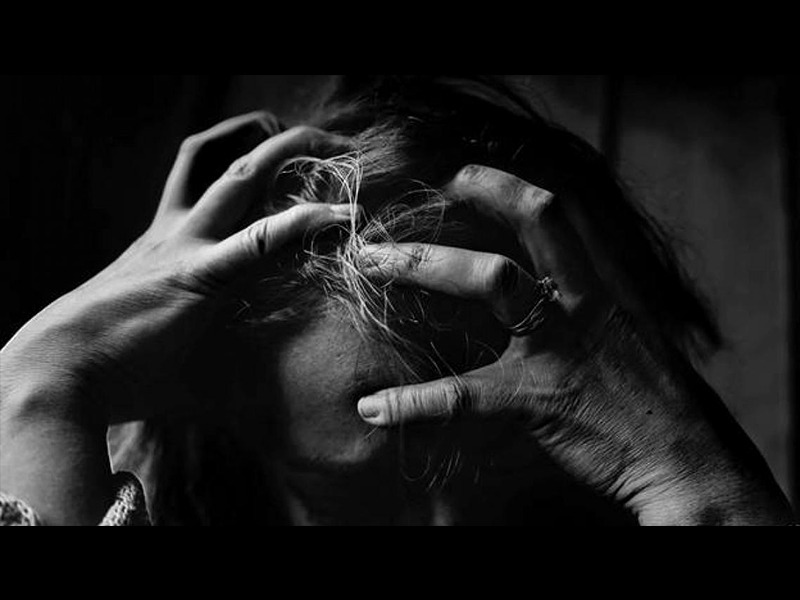 Contributed - November 7, 2021
When a heart attack patient is rushed to the hospital, they rarely have trouble securing a cardiologist, operating table and hospital bed. But patients experiencing mental crises have no such assurances. When they are rushed to the hospital, they sometimes wait for days for a psychiatric bed to open up. They struggle to get their insurance to pay for short-term and long-term care. Even when insurance is willing, they struggle to find psychiatrists and therapists willing to take that payment. Those who can afford it often end up paying out of pocket.

Mirror, Mirror on the Wall

Contributed - November 12, 2021
My son-in-law Steve used to work in the magazine business and earlier this week we were gabbing about …magazines. Life Magazine in particular. Life was published weekly from 1883 to 1972, and Life was full of life! I remember as a child turning page after page, absorbing pictures of buildings, the Alaskan earthquake, historic people, places and things. Their final weekly issue was put out with a year-in-review and the word ‘goodbye’ appearing on the back cover.