Out of the clear blue, or maybe not the clear blue, a battle has emerged between 4th District council-elect member Joe Males and former city council candidate, 83-year-old Miguel “Mike” Madrid. There are questions on both sides of this story.

Joe’s 28-year-old son, Nicholas, was murdered on Harvard Street in front of Elite Bar and Lounge. Nicholas was in Hemet to help celebrate the birthday of his sister, according to Christopher, his brother. The 2016 murder was never solved by Hemet Police Department. To say this has caused untold grief to the Males family is an understatement. Joe, a well-liked guy, active in the community, is the commander of the Hemet American Legion. An attempt was made to contact Hemet Police Chief Eddie Pust to ask about the status of Nicholas Male’s investigation. The public knows very little about Mike Madrid. He seems like a relatively nice guy when you speak with him, albeit somewhat reticent when asked questions. An interview with Chronicle journalist Rusty Strait appeared in the August 27th paper. Madrid serves as a police volunteer. That may explain why former Police Chief Dave Brown allowed him to use his name as an endorsement in a mailer sent around during the election. We’ll go into that in a few paragraphs. Madrid has served on several local boards.

In a phone interview, Madrid proudly stated that he was self-funding his own campaign. As it evolved, he found it necessary, like many candidates, to accept contributions. A review of the required forms describing contributions and expenditures reveals an interesting array of contributors. (Form 760 if you want to request a copy from the Hemet City Clerk). Some of the contributors to Madrid’s campaign fought an expensive and mighty, but unsuccessful battle to unseat incumbent Karlee Meyer from the 1st District city council. Local members of a super pac (political action committee) contributed to Madrid’s campaign in terms of real dollars. Why would a super pac be so interested in having Madrid on the city council?

Madrid had his own idea of how he was going to approach this campaign and what it would take to become the next councilperson for district 4, the vacated seat of incumbent council member Bonnie Wright. Having moved out of state, Wright was no longer eligible to run for city council.

We feel it’s important to let readers know who was at the root of this action. The contributor list reads like a “who’s who” of Hemet, including but not limited to Ken Graff (vice-president Seven Hills Homeowner Association whose wife Diane is on the Measure U Oversight Committee), Eric Gosch, the elusive and out of state Bonnie Wright, Todd Foutz (of the Inland Empire Taxpayers Associations) & Gisela Gosch (to name a few).

Here’s some background on the campaign. There was a “Writ of Mandamus” (mandate) placed in the case of Kenneth Graff versus The City of Hemet, Clay James (city clerk), Joe Males (candidate for city council), and the County of Riverside. Kenneth Graff. helped with candidate Miguel “Mike” Madrid’s campaign. A mailer was sent out endorsing Madrid by retired Hemet Chief of Police Dave Brown.

Brown’s name appeared in the return address area of the envelope but with Madrid’s home address. That was somewhat questionable. Nowhere on the envelope or the mailer was there any identifying information (as is legally required by the Secretary of State, California) stating this mailer was political or who was paying for it.

Under California’s Political Reform Act, committees must put “paid for by” disclaimers on campaign advertising, including campaign mailers, radio and television ads, telephone robocalls, and electronic media ads. This mailer/brochure discusses “disclaimer” requirements for committees that purchase advertisements or circulate material supporting or opposing a state or local candidate or ballot measure in California.

Legal action ensued when Graff et al decided Males had not put in his papers in a timely manner. Here’s a general sequence of events following these controversial actions.

Joe Males threw his hat into the ring as a candidate for city council, according to paperwork filed with the city, on August 10, 2020.

Bonnie Wright made a formal declaration that she had erred when she stated that candidates could have an additional 5 days from the initial required filing date of 08/05/2020. That was posted on the City of Hemet website. No one in the city caught her error.

A case was filed and a hearing was set on 10/02/20. A declaration by Priscilla A. Madrid was filed (any relation to candidate Miguel Madrid?) The follow-up date for completion of this case is 11/30/2020. Essentially, the judge agreed with the Males attorney that he was within his rights to file when he did, 08/10/2020.

When it became clear that Males was going to stay on the ballot (since they had already been printed when this action was brought), Graff decided (not on his own, to be sure), that maybe there was another way they could move things along. Now there is a battle brewing over where Males was living when he filed papers with the city. Males is a property owner in Hemet. However, at the time papers were filed, he was living in a leased home in Seven Hills, where he resides. He moved there to assist in family matters. The argument is that he was not living in the district when he filed papers with the City of Hemet. It sounds like we have a sore loser or worse yet, a group of people that would like to have control over the decisions made by the city council, without actually being responsible for the outcomes.

Males got considerably more votes than Madrid, demonstrating the will of the people. He has a credible background, is a veteran, and a solid citizen of the community with a heart to serve. He has made himself available to anyone with questions.

Madrid, on the other hand, has been conspicuously unavailable and refused to participate in a “meet the candidates” forum live-streamed by Eddie George and put on by former city council candidate and community activist Stacie Olson, also of Hemet. The livestream took place on Saturday, October 2, 2020, and was videotaped for later viewing on YouTube. That video is available on Eddie George’s Hemet Eye News YouTube Channel.

All candidates were extended the opportunity to appear and discuss their desires to run and their plans for Hemet’s future. Madrid was not only invited, he was texted as a reminder and called, not once, but several times. He had stated unequivocally that he felt he would not be treated fairly. All candidates were treated equally and all questions were directed in a fair and impartial manner. Miguel “Mike” Madrid wants to be on the city council but he doesn’t want anyone asking him questions. Being a city council member requires good interpersonal skills with the willingness to engage the public. The voters clearly want new council members that are capable of independent thinking, based on facts and not on dreams. Citizens are tired of unkept promises and an almost bankrupted city.

Voters saw this as an opportunity for a new direction.

The Chronicle is not aware of why this fight is taking place, we can only speculate. We’ve provided you the available facts and can only guess at the motives behind this ongoing stand-off.

How San Diego secured its water supply, at a cost

Associated Press - May 30, 2022
As a worsening drought forces millions of Californians to face mandatory water restrictions, one corner of Southern California has largely shielded itself from supply-related woes: San Diego County. 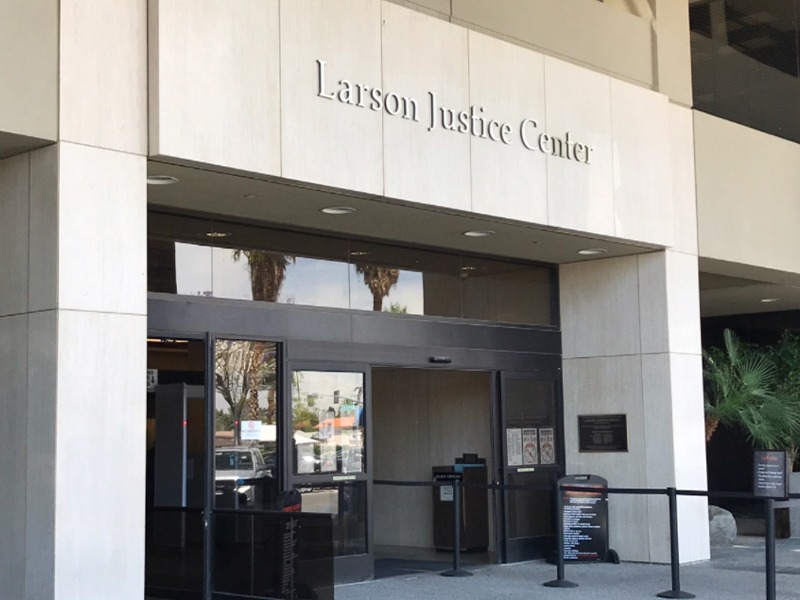 Contributed - March 14, 2022
With jurors saying they were hopelessly deadlocked, a mistrial was declared Tuesday in the trial of a Cathedral City man accused of gunning down four people in Palm Springs.