In recent days, several tweets shared ominous news about the state of health insurance in the country. One tweeter said she bought an Affordable Care Act policy for a $1,200 monthly premium and a $7,500 deductible. By May, she said, she could no longer afford that premium.

Another tweeter said her 59-year-old friend would be paying $900 a month in premiums with an out-of-pocket maximum of $8,150. The friend has assets, but the insurance restricts where she can get care, a common policy feature.

A third tweeter was disgusted with his job-based coverage, which he told the world was his fifth insurance plan in four years. That’s not an uncommon complaint among workers with employer-based coverage. The man’s daughter has Type 1 diabetes, and the constant switching of doctors and plans was disruptive and hardly optimum for her health. It’s time to disconnect health insurance from the job, he tweeted.

The tweeters were fed up with the price of coverage and were having trouble either paying for it or accessing care. Millions are in the same pickle. At the crux of their dilemma is the relentless rise in medical prices along with America’s inability or unwillingness to provide health care to all its citizens and to establish a mechanism that can finally put the brakes on relentless price increases.

As Americans grow more dissatisfied with their insurance arrangements, public discussion about the wisdom of switching to a system sometimes referred to as Medicare for All has grown. There’s more press attention to this topic than I have ever seen. What’s not been discussed, however, is how providing health care for everyone and controlling prices are interrelated.

New U.S. spending data show that the U.S. spent $1 trillion more on personal health services in 2018 than in 2008. Hospital care accounted for 44 percent of the increase, physician services 23 percent and retail prescription drugs only 9 percent. With increases like those, dissatisfaction is bound to increase.

But in the current discussion of Medicare for All, which a few columnists are beginning to say should be put aside – one New York Times columnist argued that the moral and political case is now stronger for focusing on issues other than health care – the discussion has focused on why such a change won’t work: how it will harm the big stakeholders; how much it would cost; and that Americans are satisfied with their current arrangements.

It is the fear of controls on prices, which other advanced countries have, that has kept the U.S. from changing its system for decades. If every American were in the system, including the 30 million who have no health insurance, it might make it easier for federal regulators to control prices, which is what big stakeholders fear. It is the primary reason the idea of Medicare for All, or an equivalent plan, has never advanced very far.

There’s another question that must be tackled before we can reach the point of providing coverage for everyone: Should America provide health insurance for every citizen?

The concept of solidarity – which loosely means a unity based on a community of interests, objectives, or standards – is the basis for the health systems in most European countries. It also undergirds our own Social Security retirement and disability programs, workers’ compensation, and, of course, Medicare.

When it comes to health care, there is still no universal embrace of the concept of solidarity. But unless Americans agree that every citizen is entitled to medical care and a way to pay for it, this round of discussion about Medicare for All is as likely to fail as all the previous proposals.

But what about Obamacare, you might be thinking? Remember when the former president told us his health plan would bring “affordable, quality care for all”? The Affordable Care Act established the principle that everyone should be able to buy health insurance regardless of preexisting health conditions, but it did not take the further step of guaranteeing everyone the right to medical care and a way to pay for it.

It’s the prerequisite to solving the insurance cost and service problems the three unhappy tweeters shared with the twitterverse.

Should every American have the right to affordable health care? Write to Trudy at trudy.lieberman@gmail.com. 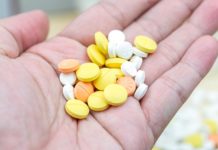 Associated Press - September 9, 2021
The summer that was supposed to mark America’s independence from COVID-19 is instead drawing to a close with the U.S. more firmly under the tyranny of the virus, with deaths per day back up to where they were in March.