The partnership is the latest example of ONT’s shift toward fully immersed marketing experiences since moving management and control of airport advertising in-house. Under the partnership the full Santos Tequila line and Sammy’s Beach Bar Rum are available at the Rock & Brews restaurant in Terminal 4, and are featured on an in-house cocktail list, takeaway drink cups and an array of giveaways, such as luggage tags, caps and mugs. Rock & Brews staff also have Santos-branded uniforms.

“Working with Delaware North and the Santos brands, we’re going beyond traditional static advertising and creating a true customer experience,” said Dan Cappell, Chief Commercial Officer for the Ontario International Airport Authority (OIAA). “And, of course, we’re thrilled to partner with one of our region’s own, the great Sammy Hagar.”

Hagar, who grew up in nearby Fontana, achieved international stardom as a solo artist and lead singer for the band Van Halen, and in 2007 was inducted into the Rock and Roll Hall of Fame as a member of Van Halen. As a businessman, Hagar founded the Cabo Wabo Tequila brand and restaurant chain, and, more recently, Santos Tequila brand with Emmy Award-winning chef and restaurateur Guy Fieri. Santo Tequila is one of the fastest growing tequila brands in North America. It is made with 100% pure Blue Weber agave and the blanco tequila was recently named by the Robb report as a “top 7 tequila in the world.”

Bill Summers, General Manager of Delaware North, which manages food and beverage concessions at ONT, said sales of Santos Tequila and Sammy’s Beach Bar Rum have exceeded expectations. “To have a local rock Legend actively involved and supporting the campaign has resonated with our customers, and we look forward to working with Mr. Hagar and the team at OIAA to further strengthen this partnership,” Summers said.

The marketing partnership is the second to be announced in recent weeks at ONT, America’s fastest-growing airport three years running.

“Having a dedicated resource to promote and manage our advertising and sponsorship program has already proven that the decision to bring this discipline in house was the right one for our business,” Cappell said. “We have a number of projects that we are still working through the details on and look forward to announcing these in the near future.” 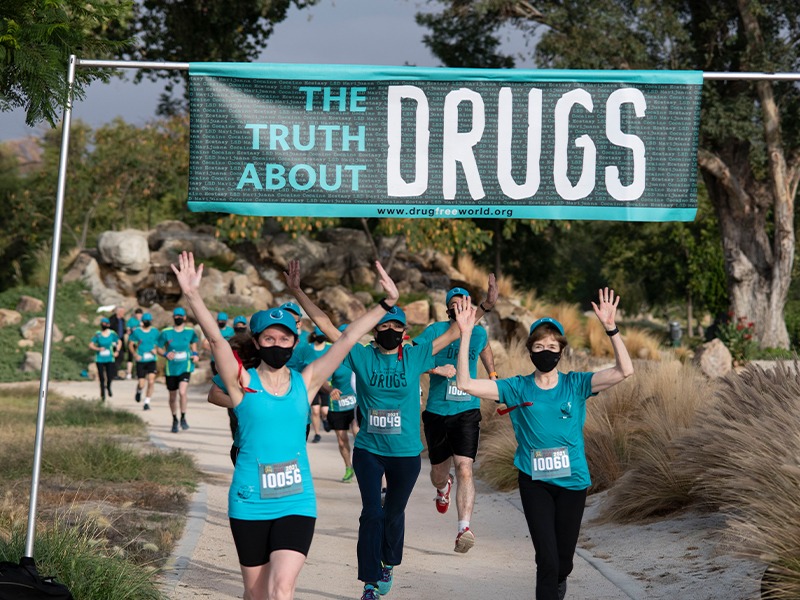 THE TRUTH ABOUT DRUGS

Rusty Strait - October 30, 2021
Red Ribbon Week opened with The Truth About Drugs Running Team running throughout the Golden Era Productions 525-acre campus on October 24th with red ribbon flying in the air, all as a part of the Mission Inn Race as a fund-raiser for the Mission Inn Foundation, in its 44th year. Due to the COVID pandemic, the Mission Inn offered the option to run the race “virtually.” Participants can run in their own location and log onto the Mission Inn Run website to register their times.

Rusty Strait - August 7, 2022
The San Jacinto City Council was late starting their meeting this week. Mayor Crystal Ruiz called the meeting to order at about 6:45 PM. She gaveled it closed at 7:36, less than an hour later. They set a record as the shortest meeting anyone can remember. They always seem to take care of matters before a meeting and usually do not discuss items on the consent calendar.