As the year comes to an end, I feel that, while it’s time to say goodbye to 2019, and look forward to 2020 and the Presidential election (may it not be tainted with the same heavy-handed DNC cheating as was 2016), I note a total disrespect for the American taxpayer that must be addressed.  This is especially egregious here in California.

I see that the day after Christmas, a storm hit the Southland and totally crippled the “Grapevine” and Cajon Pass.

Some were stranded on the road for three days!

While civil preparedness goes woefully underfunded due to mismanagement, professors in California are wasting money on the study of Soviet (hello) wines!!  (https://www.judicialwatch.org/corruption-chronicles/wasteful-spending-in-midst-of-22-trillion-national-debt-mariachi-training-soviet-wine-study/)

This storm of course, gave rise to price-gouging at the hotels and motels along the way: nothing like local businesses profiting off of the mismanagement of California so-called leaders.  One poor man was trying to get off the exit to take his children to a motel, until he called and he realized that the the hotel in question had raised its rates from the usual less-than-$90-per-day to $300!!!

I’m sorry…I thought that Californians, who pay among the highest road and gas taxes (and the taxation of anything else liberal leaders can think of) were supposed have their taxes PAY FOR EMERGENCY SERVICES…CalTrans, no less.  A three-day wait to get to a destination in modern-day America?  Democrat leaders have us marching (backward) to the 19th century.

The CHP can’t do it all.  After a lifetime of the Grapevine being shutdown…where are the illustrious Professional Engineers in California Government (PECG) whom the state pays to design our highway system?  They have the money to waste on building a median down the center of our town, possibly ruining small businesses…but the “fix” to a decades-old, chronic problem with a major artery of California which transports hundreds of thousands of people goes unaddressed?  This is what Democrats see as response-able government?

California is among the worst offenders in wasting tax-payer dollars. Maybe if liberal leaders could come up with something other than viciously attacking the President, they could foster an electorate instead of having to use tax-payer dollars to buy an electorate. (https://www.cnsnews.com/commentary/hans-bader/california-budget-deficit-rising-wasteful-spending-minimum-wage-hike-blame)

I find an analogy among the wasteful spending here at home and the wasteful spending on the lie of Trump/Russian Collusion.  Oh wait…I’m sorry, that was a few months ago: the new lie is Trump/Ukranian Collusion and Quid Pro Quo.  Robert Mueller alone paid himself a piggish $200+thousand-per-month, for…what? Answers to simple questions, which made him look like a candidate for a dementia study?  That’s YOUR tax money!  And liberals are cheering this?

Realize that this stunt is D.O.A. once it hits the Senate, and liberal leaders KNEW this from the beginning and WASTED this time and taxpayer money anyway.  And if we conservatives don’t want to waste more taxpayer money…money that you work for…it’s WE who are considered the problem?  I ask again: where is the respect for the American taxpayer?  Where is the respect for the senior on a limited income?

And in May, California was requesting a staggering 7 BILLION DOLLAR BAILOUT?  Even more waste forced on the backs of US/California taxpayers?  And those who protest are in the wrong???  (https://www.cagw.org/thewastewatcher/california’s-7-billion-bailout)

It must be so nice to be safe and warm at home while unsuspecting drivers who thought they could trust their state to provide safe passage during the holidays are left literally “out in the cold.”  It must be nice to waste the money worked-for by others, and then have the gall to think less of them and call them names, all while you’re wasting that money.

When calls for fiscal and personal responsibility are met with shouts of “racism,” and “self-centeredness,” there can be no useful discourse. The days of wasting taxpayer’s money and then calling them names if they disagree, are long gone.  It’s time to hold those who would “earn their angel’s wings on someone else’s dime,” accountable.  That accountability starts in 2020 and it begins with the election: that’s when we will really begin to take back America. 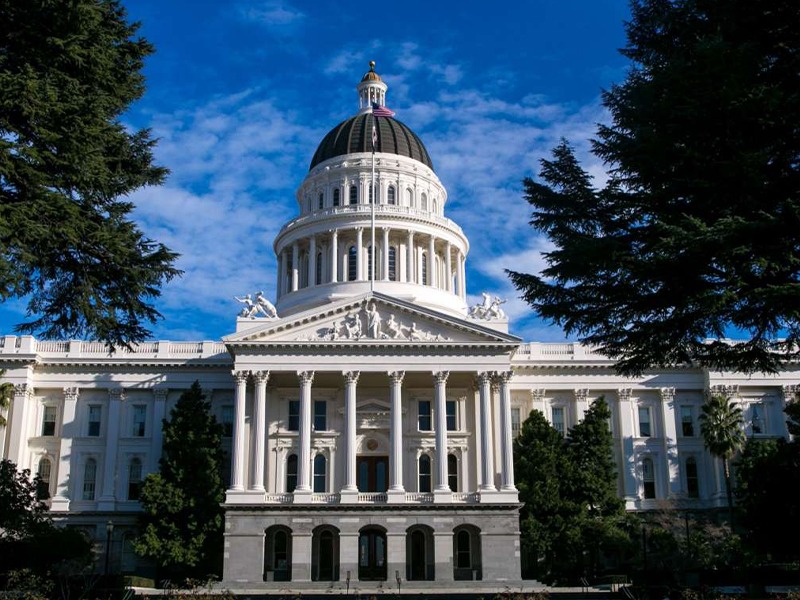 Contributed - December 15, 2020
The continued spread of COVID-19 has had sweeping impacts on the function of the criminal justice system, including Riverside County, but hope is on the way in the form of a vaccine that Monday will be delivered to all parts of the U.S.