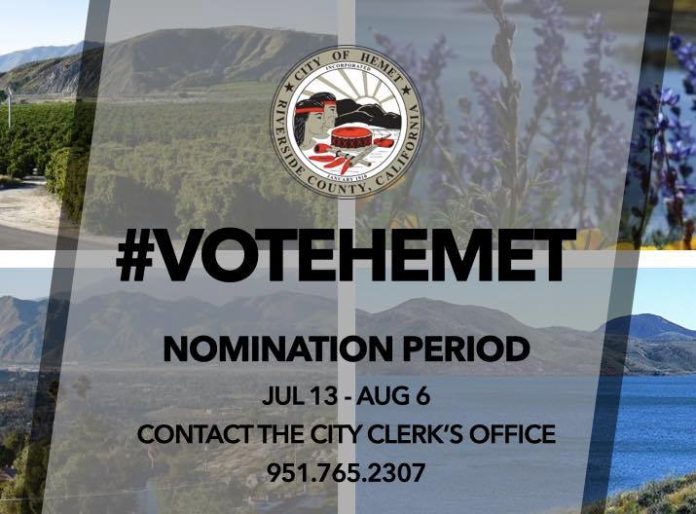 California Executive Order N-64-20 requires that each county’s elections official send vote-by-mail ballots for the November 3, 2020 General Election to all registered voters. Californians who may need access to in-person voting opportunities – including individuals with disabilities, individuals who speak languages other than English, individuals experiencing homelessness, and others – will still be able to access in-person voting opportunities. For information on how to vote by mail please go to the following link to view a YouTube video created by the Riverside County Registrar of Voters : Vote-by-mail Voting Instructional Video (https://www.youtube.com/watch?v=6bKBwLk8C1Y).

The City of Hemet holds a General Election in November of every even-numbered year for the purpose of electing Members of City Council and a City Treasurer. Additionally, ballot measures affecting the City of Hemet may appear on the ballot. The City consolidates its election activities with those of the Riverside County Registrar of Voter’s Office, which provides for voter registration, ballot materials, polling places and other critical election functions. Other Special Elections may be held when necessary.

General Elections are held the first Tuesday after the first Monday in November of even-numbered years, concurrent with the statewide elections. Timing of Special Elections will vary. The next Hemet General Municipal Election will be held on Tuesday, November 3, 2020.

A consolidated municipal election will be held in the City of Hemet on Tuesday, November 3, 2020 for the following offices:

and one (1) Treasurer seat, elected at large, currently held by:

Each one to serve a full term of four (4) years.

Residents interested in running for office for the November 3, 2020 General Consolidated Elections are encouraged to contact the City Clerk’s Office early for information about required paperwork and filing deadlines. Candidates must be registered to vote in the City of Hemet.

The City Clerk’s Office of the City of Hemet is the receiving agency for nomination papers for City Council and Treasurer candidates. Potential candidates, and citizens interested in more information about candidates, are encouraged to contact the City Clerk at (951) 765-2307 or via email at cjames@cityofhemet.org.

Individuals who intend to run for office must file certain Fair Political Practice Commission (FPPC) forms with the City Clerk’s Office before soliciting campaign contributions or making campaign expenditures. In order for a candidate’s name to appear on the ballot, the candidate must obtain a candidate materials binder from the City Clerk’s Office, and submit all required nomination paperwork; including a petition signed by other city voters within the candidate’s district unless office is at-large, during a specified nomination period (filling period). Other filing requirements include FPPC forms disclosing certain economic interests and information about campaign contributions and expenditures.

The official nominating (filing) period opens in mid July and closes in August of election years. The nominating period will be extended by five days if an eligible incumbent for the office has announced they will decline to file. The nomination period for the November 3, 2020 Elections is from July 13 – August 6, 2020, Monday – Thursday from 7:30 a.m. to 5:30 p.m. Request an appointment with City Clerk staff here: Schedule a Candidate Orientation Meeting.

Mike Hiles - June 14, 2019
The Soboba Fire Department was established in 2014 and since then has continued to grow in training, services offered, apparatus and... 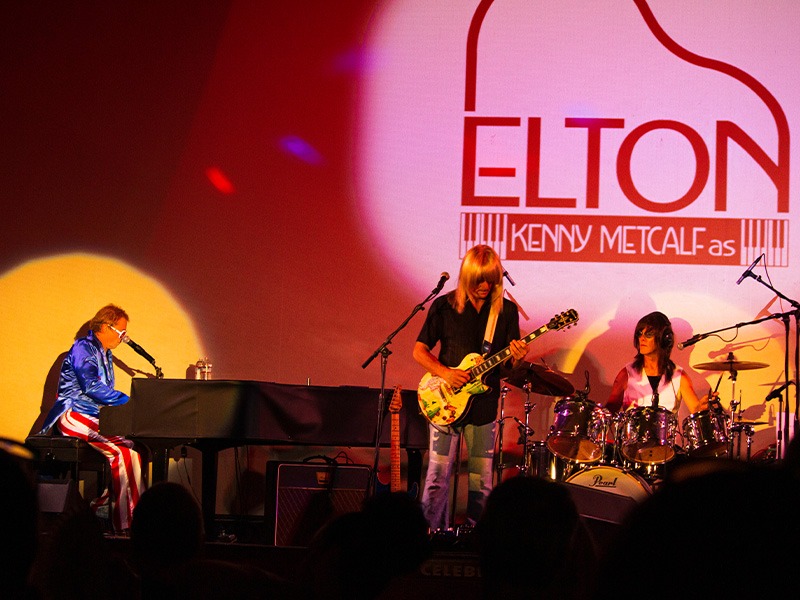 Contributed - July 3, 2021
Five years ago James Elliott was introduced to the Bryan Carrier and Historic Hemet Theater (HHT). And as with so many others, James fell under the spell of this charming venue and its quick-witted programming director.