It’s hotter than a $2 pistol out there! The AC went out in our house for a couple of days…and that was tough until the repairman got there. I called three companies, and of course, they were all slammed with service calls…this also means your car’s air-conditioning system is going to be working overtime too.

Speaking with our detail, Melinda makes sure our detail guy Kevin replaces the cabin filters because it helps at cooling the car more efficiently.

Replace Your Cabin Filter
Kevin checks the cabin air filter on every vehicle in stock to make sure it’s clean. He knows, “A dirty filter prevents optimal airflow.” In newer cars, these filters are relatively easy to check on; if you see a lot of dirt accumulated on it, it’s time to change it. You can save money if you can replace the filter yourself—in most cars the filter is accessible behind the glove compartment.

Don’t Pre-Cool
Bob Scott at VIP Autos has remote start on his Chrysler 200; lately he has been leaving his ac on and using his remote start to pre-cool his car; however, the experts say that your cars air conditioning work much better when you’re actually driving, because the faster the engine turns, the faster the air compressor runs, which lets the system cool more effectively. Don’t waste time and gas…sorry about that Bob.
They say if the interior is really hot, crank up the fan when you start driving and open just the rear windows for 10 to 20 seconds. This forces all the hot air out of the cabin. Don’t open the front windows—that only moves the heat out of the front of the car, and it will leave the air in the back of the cabin hot and stagnant.

Automatic Climate Control
If you have automatic climate control, lowering the temp doesn’t make the car cool off faster. Most systems will do all the fan and temp adjustments automatically, like Bob’s pre-cool technique.

Keep it Low
Setting to the lowest temp and adjusting your fan makes the car air conditioning more efficient, will dry out the air less, and can actually save some fuel. Why’s that? In a typical A/C system, the air is cooled to 38 degrees. If you set the temp higher, you are actually forcing the system to re-heat your air, which takes more effort, burning more fuel.

Recirculate
I recirculate the air is good however if you have passengers in the back seat, turn off the recirculation mode. This takes air from the front of the cabin and pulls it back through the system, so even though everyone upfront stays cool, the air in the back can get hot.

Turn Off Stop/Start
I was driving a 2019 Mini Cooper home from a Chamber event recently and noticed the A/C didn’t work well when I came to a stop….if your car that has that auto start/stop system, although it a great fuel saver, turn it off because it keeps the car air conditioning compressor from running when it shuts the engine off. In very hot weather, you can begin to notice the lack of cool air very quickly, especially if you’re stuck at a lengthy stoplight as I was.

Hope this Helps and stay cool
The Hemet Car Guy 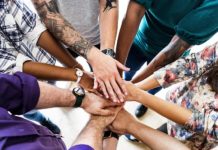 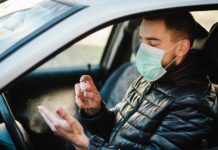 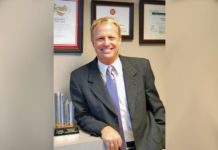 Of all the odors that can get grounded into the upholstery...

Richard Perry - August 9, 2019
Greetings from the Hemet Car Guy, Recently we took in trade a Beautiful 13-year-old vehicle that reminded me of my father because...

Greetings from the Hemet Car Guy

Richard Perry - July 15, 2019
Many times I use ride-sharing services like Uber and Lyft I find the service to be very helpful and efficient, all...