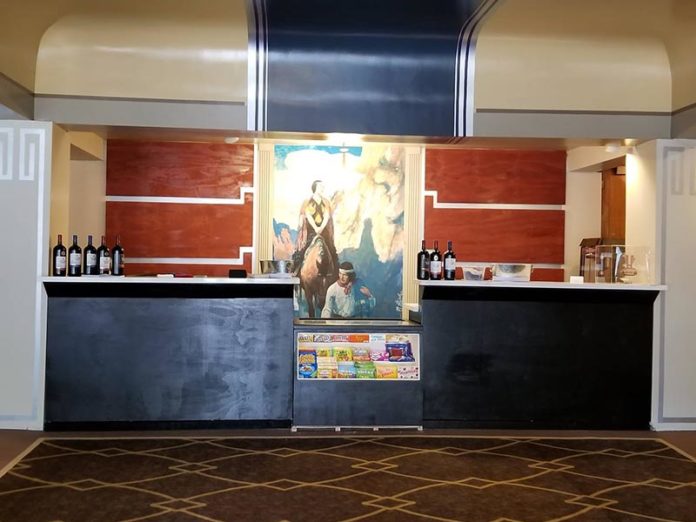 Hemet lost a dear friend last week with the passing of Steven Covington. Those of us that had the privilege of knowing and working with Steve will forever be grateful and inspired by his enthusiasm and dedication to our community. The role that I and the Historic Hemet Theatre played in his life will remain one of my favorite memories… starting with the day I stalked Steven Covington.

Back in the early days of the theatre’s foundation, I was tasked with creating promotional materials for the campaign to raise funds to purchase the theatre from its owners. In searching the internet, I discovered a series of concept drawings for the restoration of HHT’s marquee from the 1950’s. They would be perfect for the preservation campaign, but only if I could get permission to use them in the brochures. The website provided no way to contact the designer, other than the name Steven Covington.

I tried to research this elusive man using teaser ads for those identity locator sites. One tease included a vague map of Hemet with a dot indicating a possible match to someone named Steven Covington. In desperation, I followed the map’s clues to a street in Hemet and jumped in my car. My brain raced with words for explaining my bazaar behavior to an unsuspecting victim of my stalking.

As I approached the first house, two women were getting into a car in the driveway. I inquired if either of them knew someone named Steven Covington, explaining my purpose in searching for the man behind the renderings I had seen. Steve’s mother introduced herself and I gave her my information and asked that Steven call me.

Out of that introduction, Steve became involved in the HHT project and had an opportunity to meet HHT’s Architect Jerome Scott, Ramona President Lori Van Arsdale, and many of the people involved in the downtown district and across our community. For awhile, Steve managed the theatre as the Foundation struggled to find an audience for its shows and funding for the restoration.

Through these contacts, he was able unleash his passion for Hemet and his creative talents to impact downtown and projects throughout the valley. When he and wife Karen created the Downtown Deli: it was an overnight success.

Last year, Steve designed the renovated lobby at HHT, based on photos from the 1940’s. It is just one of the hundreds of ways Steve’s legacy in this valley will be remembered. For those he left behind, may his life continue to be an inspiration of what one dedicated person can accomplish.