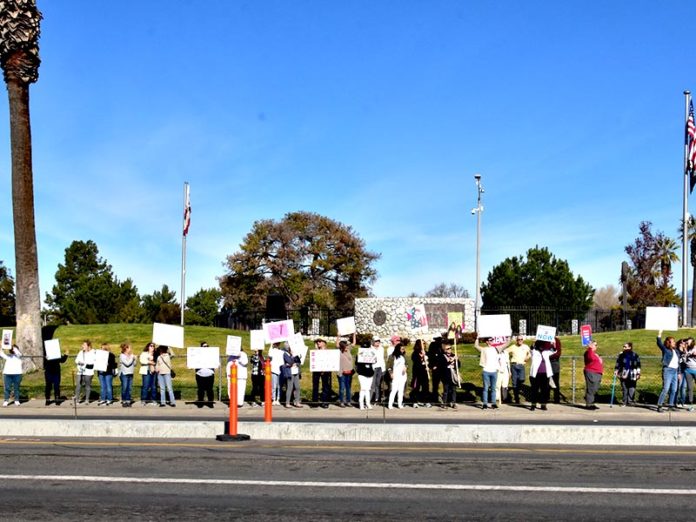 When I was asked to write a weekly article representing the local Democrats of Hemet-San Jacinto for the Chronicle, I worried that I would run out of topics on which to write. The old “Good News – bad News” applies. The good news is that I haven’t had a problem thinking of topics, the bad news is that there are so many critical topics that it is hard to decide which to choose. Climate change is impacting Australia, causing increased severe storms, affecting our food supply, making hundreds of species close to extinction. Each of those could be a single topic. Of course the constant chaos in the White House is always a topic. The impeachment trial starts this week but we all know proven facts will be ignored by the majority in the Senate. Transparency means nothing to the current administration and the President continues to hide applicable documents and prevent witnesses from testifying. Those are deserving topics. Announced this week, nutrition guidelines for public schools will be reduced. This administration has been eliminating environment protections for our air and water. Current foreign policy offers multiple topics from Russian interference in our elections to nuclear proliferation. Monday we celebrated Martin Luther King Day but racial hatred and intolerance are still in the news virtually every day. So many topics, so little time. I will put all of these topics on the back burner and save them for a future week. This week I want to mention the National March for women that occurred all across America this past Saturday.

Hemet and San Jacinto women (and men) marched at Gibbel Park in solidarity with women across the world. They were marching for equality and to recognize that this year marks the 100th anniversary of their right to vote. The 19th Amendment to the U.S. Constitution granted American women the right to vote, a right known as women’s suffrage, was ratified on August 18, 1920, ending almost a century of protest. However, women are still treated a second class citizens in many ways. Women suffer from sexual predators far too frequently. I miss having Barrack Obama as an example of how to treat women. Equal pay for women is still not the norm. Make no mistake we have come a long way over the past few decades but we still have a long way to go. It is hard to imagine that just eight decades ago my mother, a public school teacher, had to get permission from the school board to get married and not lose her job. Until the Affordable Care Act (Obamacare), being a woman of child bearing age was treated like a pre-existing condition for insurance purposes. The Supreme Court was established in 1789 but it took almost 200 years for Sandra Day O’Connor to become the first woman on the court. It took 183 years for the first woman to be elected to the U.S. Senate. Hattie Caraway became the first woman to win election to the Senate (Arkansas), in 1932. No woman has been chosen to be Majority Leader. It took 218 years for Nancy Pelosi to become the first woman Speaker of the House. We have yet to have a woman President. Could this be the year?

A female neighbor of mine back in the 1960s, an active feminist, had a favorite saying. “Behind every successful woman is a man………..who tried to hold her back”.