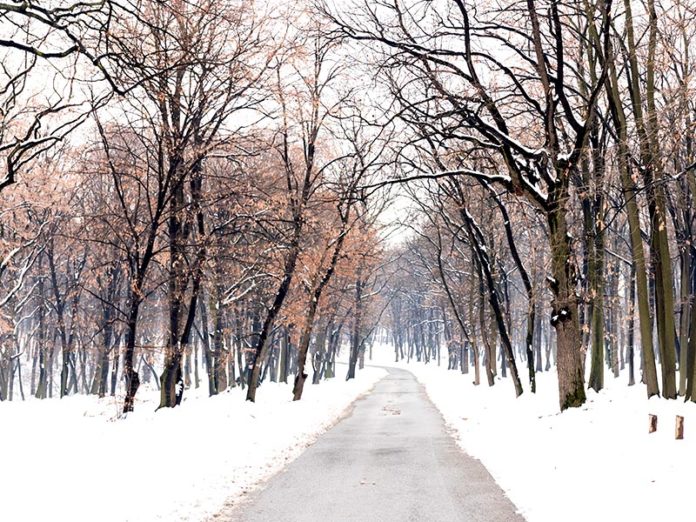 (Ugly Side of Snow)

Ugly Side of Snow

Recent weather brought snowcapped mountains as part of our landscape. Look to the north or look to the east, we see white, shining, glorious mountain tops, glistening in the sunlight, holding us in awe of the Almighty, who created such magnificent visual effect. Everyone who sees all that snow, spontaneously exclaims, “Oh, how beautiful!” How beautiful, indeed!

But let me show you the ugly side of this beauty.

This Thanksgiving was marred with rain and snow throughout California. My business was closed, so I decided to enjoy my day with some light travelling, with some leisurely breakfast at a local restaurant, and a quick run to Apple Valley with part of my family to finish some paperwork and then join the rest of the family for a wonderful Turkey dinner.

Newscasters were talking about freeway closures and the need for water, food, and blankets if one were to travel through the snow-covered roads, in case one was caught in such a situation. I scoffed at the suggestion. Who in Southern California needs to take such precautions?! We have everything in control.

As we traveled through the Cajon Pass, we saw heavy snow falling on our car. It was an amazing experience to be in a snowstorm for the first time in our lives. My kids were full of excitement as we marveled at the cotton candy like texture, at the size of snow pieces that were falling, there were no snowflakes like we see in the fairy tale stories. We tried to capture them as we drove up the mountain, grabbed all the snow that collected on the windshield and mirrors, even ate some as a special treat. It tasted like water, to our amazement, and gave a bite to our tongues. People were stopping on the side of the freeway to play with the snow, make snowballs, and run through the piles and piles of snow that were falling from the sky.

Great fun was being had by all!

We even stopped at a Starbucks, bought hot chocolate and coffee, and sat in the snowstorm for a while, just enjoying yards and yards of Global Warming falling down all around us.

After finishing my paperwork, we headed back to Hemet. I swear to you, I heard ominous music playing in the air. There was heavy traffic, as was expected. I mean, traffic is our life. We live in traffic jams, so that was no big deal. We were moving at a slow speed, but we were moving, nevertheless. I knew that as soon as we made our way down the mountain, it will be back to flying speed.

Boy, was I wrong this time! Snow covered so much of the road that they had to use snowplows to clear the lanes. Snowplows meant we had to pause until they were done. There were periods of rain that followed snow, which turned the snow into slush. Roads were obviously slippery, which lead to jackknifing of big rigs and cars running into other cars. As we know, there are some people who don’t have the necessary patience to deal with such situations, so they try to push their way through. Well, you can all guess the result.

(Ugly Side of Snow)

Freeway was completely closed, and we were at a standstill. We couldn’t back out, or exit anywhere, because we were surrounded by the mountains. We had only one way to go and that was closed. Emergency crews, police, firemen, they all worked diligently to clear the freeway, but they weren’t miracle workers. They could only do so much.

We crawled at a glacial speed. We moved 50 feet and then waited 40 minutes. Moved another 40 feet and waited another 30 minutes. We were practically sitting in a parking lot. People would turn their cars off, get outside and walk around, some were even walking their dogs. One guy was playing baseball with the snowballs he was making from ice collected on top of his car. We were practically being buried in the snow; there was so much of it coming down.

What started out a miracle dream, turned into a huge nightmare. Hours and hours passed. I cursed myself for not listening to the advice of those newscasters about having water and food. Kids were getting hungry, then very hungry, then starving—ON THANKSGIVING—while the rest of the family was feasting like there is no tomorrow. Then the inevitable happened: the dreaded call to nature.

With thousands and thousand of cars around us, with lights shining directly on us, with knee deep snow making it impossible to walk even five feet away from the car, we had to go. Other people were in the same dilemma. When we reached a bursting point, we just had no choice but to relent. We used the front of the car in one instance, shielded my son with an umbrella in another instance, and used the two doors of the car as a makeshift outhouse for myself. We marked the territory, we created the legendary yellow snow, but we also broke the ice for other people as well. Soon, we could see others coming out and enjoying the go. Everyone had to go after ten long hours of sitting in that pile of…(the s-word).

The road was so slippery that my car started moving even though my breaks were fully engaged. I had to take drastic measures to keep myself from running into the car in front of me.

Inch by inch, we moved forward. First one lane, then the next one, and so on. We moved slowly, covering one-tenth of a mile every hour. Five lanes became four, four became three, three became two, until there was only one lane. Then we started moving steadily, but we could only drive at a very low speed, with the fear of our car careening out of control.

It took us close to twelve hours to go from one end of Cajon Pass to the other. We made it home only after midnight, when a truly Black Friday had started for us. We missed our Thanksgiving Dinner, missed the whole family gathering, missed any chance to even eating Turkey. We had to settle for the only fast food we found open at that hour, the McDonald’s in Beaumont. I am telling you, a Big Mac has never tasted so good as the one I ate at the end of our ordeal.

I hate snow. There is nothing beautiful about snow. As far as I am concerned, if I never see snow again in my life, I’ll be so happy.

Search: Ugly Side of Snow

Time Heals all Wounds….Or So They Say.

Muhammad Naeem - October 24, 2019
"Time heals all wounds" is an age old saying that people use to comfort someone who is sad, or hurt, or who has suffered a loss.

Calvin Porter - August 30, 2019
Whenever I read or hear statements like “estimates show nearly 20% of oxygen produced by the Earth’s land comes from the Amazon rain forests, often being called the 'planet's lungs', and that Brazil has had more than 75,000 fires so far this year, with more than half in the Amazon Region, Robin Chazdon, Professor Emeritus, University of Connecticut has stated that “what’s happening in the Amazon has actually been happening for several years, but it’s reaching a critical point.”