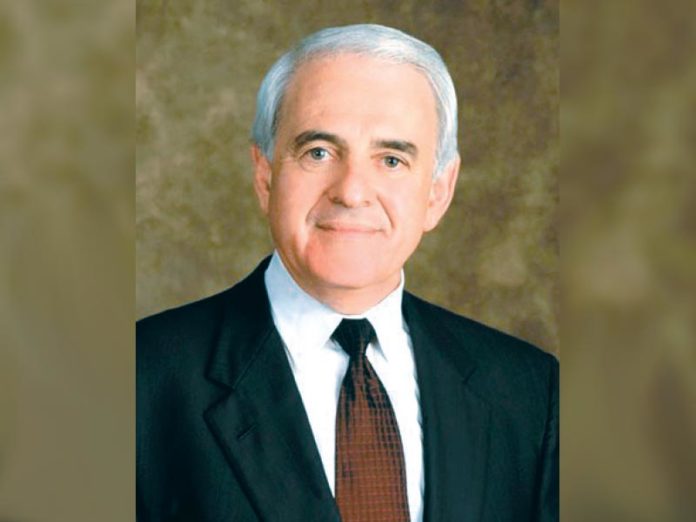 Breaking news — as they say to open every newscast — Breaking news: America is breaking. Its public health establishment certainly is. We have the most confirmed COVID cases per capita of any country, because at the very top of government, leadership has been replaced by hucksterism.

But let’s not just focus on President Donald Trump, which we do far too much. Let’s also talk about how his screw-up top appointees’ astounding ineptitude has taken a public health crisis that might have been managed and turned it into a full-blown national tragedy.

Breaking news! The federal government has started a program to examine the blood of those who have survived the coronavirus for antibodies. Smart, until we learn that one of the testing programs will be run by the Centers for Disease Control and Prevention, better known as the bonehead CDC. If this was television, we’d accompany that information onscreen with Edvard Munch’s “The Scream,” backed up by appropriate shrieking sound effects. That’s because the CDC’s actions thus far, designing and distributing the test for coronavirus, have made the once vaunted agency a worldwide laughingstock, except that it’s no laughing matter.

The actions — or, should I say, the inactions — of those in charge of the logistics necessary to supply medical centers with the basic tools they require have left hospitals in desperate need of basics like enough beds and ventilators, and their brave physicians, nurses, all their practitioners and support staff in mortal danger because of a lack of PPEs. We’ve sadly all learned that PPE stands for “personal protection equipment.” Unfortunately, the manufacture and distribution of PPEs is a chaotic mess. More breaking news: The president has given that portfolio to his always unqualified son-in-law Jared Kushner.

It’s just a matter of time before he’ll take over the distribution of the trillions of dollars in federal aid that was supposed to provide a floor to soften the country’s economic collapse. It’s even too mundane for the breaking news hoo-ha to learn that the distribution of those funds to Americans facing hard times with their livelihoods pulled out from under them is stuck in an incompetence logjam. Between the patchwork of states who run their overwhelmed unemployment programs to the loans designed to encourage small businesses to hire back workers and stay afloat, it’s becoming another rat flock.

Speaking of the state hodgepodge, it’s up to each governor to order remedial defensive action. And most of them have acted decisively to shut down society and try to keep the organism from spreading. But some gubernatorial nincompoops are doing too little too late, like Florida’s Republican Ron DeSantis, or they’re even doing even less. Some are pandering to politically powerful churches and have excluded them from the social distancing rules that are the only hope against the microscopic invader.

When this is over, IF it is over, our dishonor roll will have to include the private profiteers, the sleazes who have raised prices out of sight on vital supplies, scam artists selling bogus products and those corporations that have dragged their feet on retrofitting to manufacture lifesaving medical supplies.

America’s federal government is supposed to govern, and in far too many cases has failed miserably.

Breaking news then: Our country is not only shuttered but shattered. Whether it can fix itself is an open question.

Contributed - September 6, 2022
The FDA and CDC have signed off on new mRNA boosters for ages 12 and up, setting the stage for a fall vaccine push to counter an anticipated fall and winter surge. The shots will be available this week.

Culture and entertainment in Hemet and San Jacinto

Calvin Porter - September 26, 2019
After reading with great interest the Things to do Calendar published and updated weekly in the Hemet / San Jacinto Chronicle, I have come to the conclusion that the San Jacinto Valley is indeed fortunate to have so many people interested in fostering a wide variety of cultural activities and events in our communities.