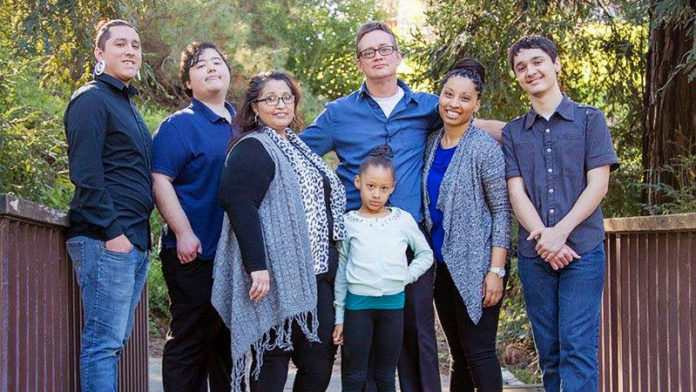 A number of local bands are coming together to play at a fundraiser for one of their own at the Derby Bar and Grill tonight.

CLINTON CHARLES NAVRKAL, JR was an avid skateboarder from his school days until his life was taken from him by a freak skateboard accident while visiting his girlfriend’s family in a small town in Tennessee more than 2,000 miles from his home in Hemet.

A graduate of Alessandro High School in Hemet, he was employed at the Valley Academy. All of his friends knew him simply as Clint. He was only thirty years old and in many ways still a kid gliding about town on his beloved skateboard. However, in many ways, he was an entrepreneur and businessman.

He was the sole owner of Make An Impact Productions in Hemet where he consulted with rock bands, was a great videographer and photographer. When bands in the area wanted to video a gig or promo, they called Clint.

In an interview with his sister, Rosemary, I learned that this was not his first serious head injury.

“My brother was a talented vocalist and keyboardist. Sometimes it was difficult to tell which he loved the most.”

Kevin Corbeil, a former band member with Clint and currently and currently with the Chris Gates band, Child of War. “I met Clint about nine years ago when I was playing in a metal band. “We met up in a show where we were both performing. As it often happens in the music industry, we just began a conversation and our friendship grew from there. He was a happy guy, friendly and likable. I never knew him as a young man. He was smart and playing keyboard in a band called, “Burning the Empire.” Later we both were doing our thing with a band called “Dimensions of Fear.” We played together for three years and I got to know him pretty well.

“We sort of lost contact for a while when he moved up to Washington state but took back up as friends when he returned to Hemet. He never talked much about his family, but he appeared to come from a middle-classed atmosphere.

“I knew about his previous brain injury. He’d had a rough time but finally recovered. However, the recent injury compounded the previous one, and he didn’t recover. I remember that when he was assaulted it took him a while to recover because he had so much to relearn.

“We are putting on our fundraiser as his friends in the music business and any monies raised will go directly to his family.”

What exactly is going to happen tonight?

Some of the bands that will be performing are:

“The Sea is Mine”

There may be other bands, depending on whether they are committed to pre-scheduled gigs elsewhere.

There is no tighter fellowship than that between young musicians. When they have a cause, they give until it hurts. A good example of what friendship is all about, wouldn’t you say? Just sayin’

Rusty Strait - September 3, 2021
When Joe Males took over the helm as Commandant of American Legion Post 53 in Hemet, few expected a tornado to hit town; however, under his aegis, the changes swept through the post like a hurricane assaulting a hurricane the Mississippi River.

Rusty Strait - June 14, 2019
My biological grandfather, James Shirkey, died before I was born. Grandma remarried twice after that. Her third husband, Mont Vickers,...