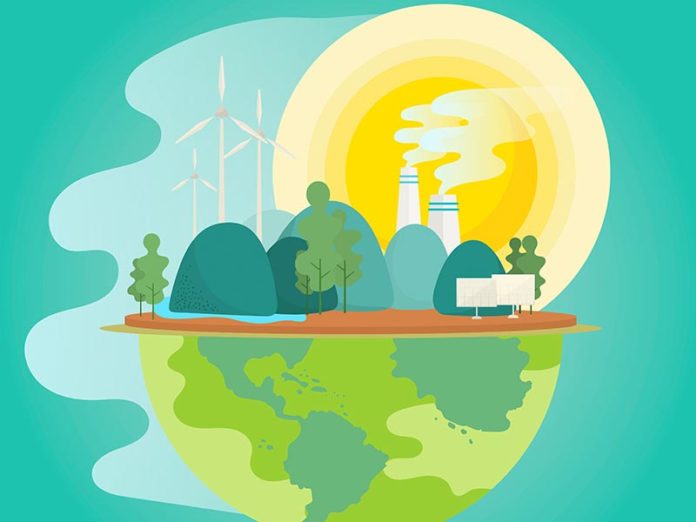 Last week in Davos, Switzerland, representatives of countries from all over the world congregated at the World Economic Forum’s 50th anniversary meeting to evaluate and discuss matters of sustainable development.

Climate experts, business people, and ministers in charge of the economy in their respective countries, talked about their sometimes divergent points of view regarding the unstoppable warming of the planet.

Some scientists believe that nature’s manifestations of chaos whether in the forests, the arctic, deserts, and the oceans are expressions of impending doom if left unchecked.

As proof of these statements, we need to look no further than the on-going wilderness fires in Australia, the continuous melting of the polar ice caps, flooding in low lying areas like Bangladesh as only a few examples.

Many countries that are signatories to the Paris Accord, have agreed to meet certain goals in a specific time frame, in order to reduce carbon emissions into the atmosphere, the number one cause of planet warming.

Some governments and businesses disagree with the scientific conclusions that planet warming is a man- made event and prefer to hold with the idea that nature is responsible for this phenomenon that just as it presents itself today will be gone tomorrow.

Overwhelming scientific evidence however, proves otherwise in that every inhabitant and entity on the earth contributes in more or less degree to that which will be the eradication of all life as we know it on the planet today, if not placed under control.

Carbon emissions result from most of our daily activities; cooking, showering, exercising, working, playing, etc., for which we need gas, water, and electricity that are in turn generated by oil and carbon. The more we use of these commodities, the greater is our footprint.

We also contribute to our footprint by consuming products that are packaged in materials such as plastics that after using are discarded into land-fills and into the oceans and other bodies of water thereby further damaging the eco systems.

It seems that there is no end in sight, especially when large corporations and governments refuse to accept the scientific conclusions of some, that global climate warming is a man-made phenomenon that can be reversed by the collective efforts of every human being calling home the planet earth.

The San Jacinto Valley Hunkers Down

Rusty Strait - March 19, 2020
This reporter spent the last two days observing the effects of the coronavirus scare that is sweeping the country like a California grass fire