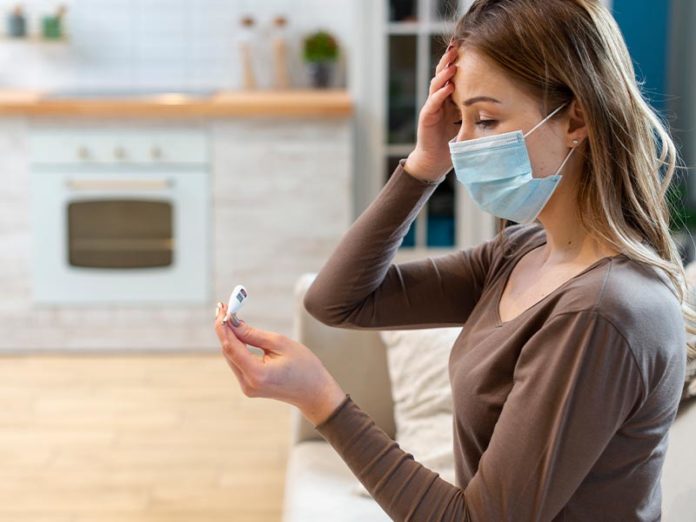 RIVERSIDE (CNS) – Confirmed coronavirus cases in Riverside County have increased from 31 to 45, with the countywide death count remaining at 6, health officials say.

Seven new cases in the Coachella Valley, four in the western county, two in the southwest county and the first case in the mid-region were added to the total tally at 3:30 p.m. Sunday.

The announcement comes hours after a sixth COVID-19 death and a new case were reported in the Coachella Valley, where all of the county’s deaths have occurred.

Eisenhower Medical Center virologist Dr. Richard Loftus told the Riverside County Board of Directors via telephone during their Tuesday meeting that the probability was high that at least 10 coronavirus-related deaths would occur in the Coachella Valley before the end of the month. The physician described the area’s senior population as “kindling for the virus.”

“We are working diligently to ensure those who may have been exposed are taken care of, but we know COVID-19 is present in the community, and there will be more cases,” Public Health Officer Dr. Cameron Kaiser said Thursday.

Citing U.S. Centers for Disease Control and Prevention guidelines, Kaiser capped gatherings at 10 at any given time, with few exceptions, until at least April 30.

He emphasized that restaurants, bars and other dining spaces are included in the restriction and should now focus operations on takeout services. However, the establishments can still host gatherings of groups of 10 in subdivided rooms, and the city of Riverside‘s health emergency provisions adopted last week specifically recognized that exception — as long as the eateries do not exceed 50% capacity.

The order, which Kaiser was empowered to enact under a board- authorized local health emergency declared on March 10, further mandates the closure of all public and private learning institutions — including colleges and universities — until April 30.

“Community spread is imminent without immediate intervention,” Kaiser told the board. “We have to make interventions stick in order to break the cycle of contagion so COVID-19 does not overwhelm our hospital capacity.”

Out of the 45 total cases, 24 were determined to have been acquired locally, four were travel-associated and 17 are still being investigated.

The cities of Corona, Indio, Palm Desert and Palm Springs have all implemented local emergency measures synthesized with the county’s requirements and recommendations from the California Department of Public Health.

One week ago, Gov. Gavin Newsom asked for seniors and people in compromised health to self-isolate at home wherever possible to reduce exposure risks. The governor also asked for bars, wineries and night clubs to reduce services. There was no formal order associated with the announcement, only voluntary action.

In Moreno Valley, officials announced postponement of all municipal events until at least the end of May, and participatory gatherings at City Hall, the Senior Center, Main and Mall libraries are not permitted.

Some businesses shuttered without any prompts from authorities. Pechanga Resort Casino in Temecula closed Monday, and Tribal Chairman Mark Macarro said operations would be discontinued until the end of the month, with employees still receiving salary and benefits.

All events at the Fox Performing Arts Center in downtown Riverside have been postponed until further notice, while other theaters have been shutting down. Even the Orange Empire Railway Museum in Perris, a largely outdoor venue, announced it would be closed for the remainder of March.

COVID-19 symptoms are comparable to the flu and include fever, coughing and respiratory distress. A person usually develops the symptoms within two weeks of exposure, according to the CDC.