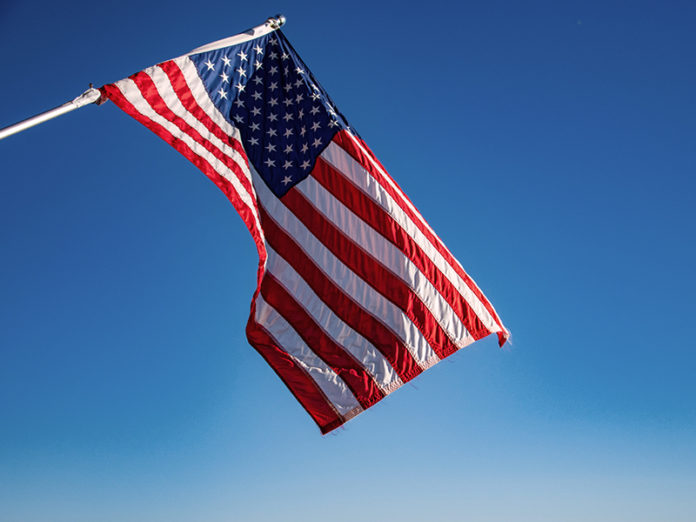 I remember an episode of Star Trek, titled “The Omega Glory”, where a civilization uses two of our documents as their sacred writings, one being the Pledge of Allegiance, and the other being the Constitution. These documents are the foundation of our government, and they are equally sacred to us. When I took the citizenship oath those millions of years ago, I swore to support and defend the Constitution against all enemies, foreign and domestic. My oath is very similar to the one that my son took when he recently joined the Air Force, and similar to the one that our politicians, our judges, and even our presidents take when they start their tenure in office. Having lived through the Cold War, I can tell you with my utmost conviction, that the Constitution is up there with the Bible in importance. We have revered it deeply since its inception, and nothing is more sacrosanct than the Constitution.

It is our identity, our ideology, and our soul. It is us, as a nation, and it is what defines us as Americans. It makes us stand out in the world and distinguishes us as people with higher morals and with far superior principles than any other nation in the history. We are better, bigger, and greater than the rest because the foundation of our nation is firmly built on the Constitution. Every election cycle, the Second Amendment of our constitution is front and center. We hear of people willing to defend their rights at all costs and willing to die for the freedoms that the Constitution has bestowed upon us. Every day we hear that our First Amendment rights cannot be touched or taken away, because our constitution makes it a fundamental part of such freedoms. All other amendments play an equally vital role in keeping us as free and fearless citizens of this country and in granting us dignity and respect that residents of other nations lack. It is our constitution that helps us preserve our way of life and it is our sworn duty to preserve the constitution so that we may enjoy “Life, Liberty, and the pursuit of Happiness.”

So, I ask you this: What should we do if someone says that the Constitution should be suspended, terminated, or worst, it should be abolished altogether? Just the idea is so anti-American that we should shudder in horror at the mere thought. The person who makes such a statement is clearly an enemy of our state and has nothing but ill will towards us as Americans. He cannot be our friend and he cannot be held in any position of authority or power. We should vehemently condemn such a person and denounce all those who either keep silent even after such a grave statement or give direct or indirect approval to the person making such egregious remarks. These people are accomplices in a crime that is intended to destroy everything that we stand for as a nation, and we should defend against such vitriol at all costs. Donald Trump recently said that we should terminate the Constitution because he lost the election due to “massive fraud”. He wants the Constitution to be terminated for something that he has failed to present any credible proof. He alleges “massive fraud”, yet he has no evidence, only allegations.

He puts forward the idea of terminating the Constitution so casually, and there are very few voices in the Republican Party that come out to condemn him for his remarks. Silence is complicity, as the adage goes, so there are large number of people in our government, who are then complicit with Donald Trump in disrespecting the Constitution, and by extension, disparaging us as the citizenry. Our reaction should be swift and strong. We cannot tolerate such blatant violation of our very basic ideals and specially if the cause for such statements is something so trivial as his misguided belief of voter fraud. This man is not delusional. He is not misguided himself. He knows very well that he lost the election fair and square.

He is spewing these lies to pull the wool over our eyes and he is trying to make us sympathetic towards him as to give him another chance to become our president. Imagine the indignity of having a president who swears to defend the Constitution but has no qualms about calling for it to be terminated for his personal, narcissistic, and egomaniacal reasons. Now imagine the disgrace of having citizens who vote for someone like Donald Trump, knowing full well that he has no respect for our Constitution, and by default, no respect for us. Where is our dignity, where is our honor, where is our pride in our nation, where is our sense of shame, if we are willing to support someone—and I have no reservations about using the word traitor when I refer to Donald Trump—someone, who is willing to sacrifice our most revered document just to get reelected to represent us on the world stage.

Imagine the amount of harm he can do to our nation if put into such a powerful position. Imagine the effort it will take to undo the damage that he’ll cause if elected again. Wake up people! Let’s show our true colors and expel these enemies that are trying to blow us up from within, along with all the gutless, spineless, and cowardly accomplices, who don’t even have the courage to say the right thing and deliver simple condemnation.