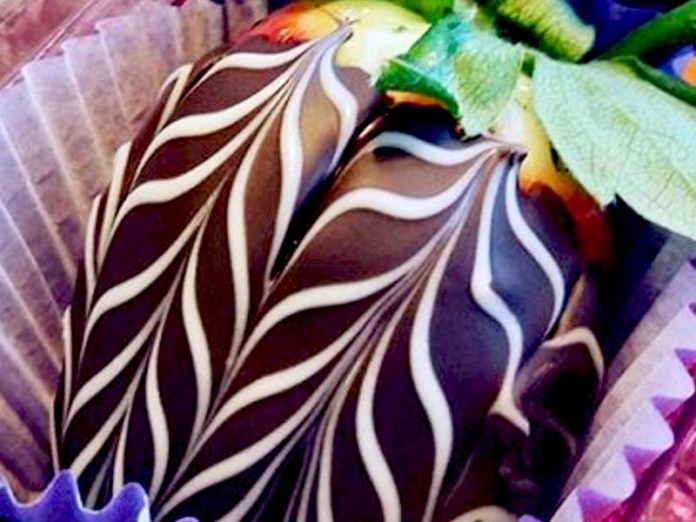 Valentine’s Day is nearly here! I feel like I’m just putting away  my sequins from the new year! I will say, “Vday” has a special place in my heart for a couple reasons: the first is that I love anything that inspires kindness and “spoiling” of any sort; second, if it wasn’t for me trying to be a cool girlfriend who went camping under the biggest super moon in 200 years, Luna, my daughter, wouldn’t be here…so the day has become very special to me.

I love history and the origins of things so I thought I would share my favorite version of how Saint Valentine’s Day came about.

It is argued that it’s one of three Saint Valentines (the first two were beheaded and were martyrs). The third is the story of a Roman who helped Christians escape harsh Roman prisons. They were beaten and tortured and starved in such places, so Valentine helped them avoid such a fate. In doing so he himself was caught and put into the very prison he was helping others avoid. During his prison stay he was visited by the jailers daughter and the two fell madly in love. They began writing letters to each-other in secrecy. The last letter he wrote before he was put to death he signed ,”from your Valentine” a phrase we still use today. By the Middle Ages he would become one of the most popular saints because of his heroic nature…and now we have a day dedicated to him!

That is thought to be the origin of the Valentine’s Day and what spurred the tradition leading to the second biggest day for cards in the year, Christmas of course being first.

Now I’d like to introduce you to the lesser known Mother of Valentine’s Day; Esther A. Howland.  Howland began selling the first mass-produced Valentine’s Day cards in the 1840’s. She made elaborate hand-made masterpieces with real lace, ribbon and colorful pictures. Today an estimated 145 million Valentine’s Day cards are sent each year!! Another little fun fact: women purchase 85 percent of all Valentine’s day cards. I would have never guessed!

I hope you enjoyed that little history snack: now for the real treat!

I will give you a twist on a classic that is sure to dazzle anyone on the receiving end of these, or treat yo-self!

All you will need is fresh large strawberries, and your favorite chocolate.  I recommend a very nice chocolate you would eat yourself all on its own.

And a brick of cream cheese

Piping bag or sandwich bag with a corner cutoff

Simply wash and dry your strawberries and core the center of them, making a cup out of the strawberries.

Whip the entire 8 oz package of cheese cheese with 2 cups powdered sugar and a tablespoon of vanilla. Whip until light and silky. Taste it and make any adjustments you see fit.

Using a Piping bag, fill the strawberries with the cream cheese mixture making sure the top is flat.

Melt your chocolate of choice on a double boiler or in 30 second increments in the microwave until melted.

Stick a tooth pick in the pointed end of the strawberry the dip in chocolate enrobing the entire thing.

If you choose to add sprinkles, have them in a bowl on the ready and quickly drop it in the sprinkles after enrobing.

Return to the fridge on a parchment-lined cookie sheet for at least 20 minutes until the chocolate is set.

Then devour! Or share…the choice is yours!

Allysun The Uhmayzing” is a “momprenuer”who owns Madam Confection.She is an award-winning Pastry Chef who is passionate about great food.

She can be reached at madamconfection@gmail.com 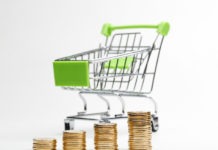 No, you’re not imagining it — package sizes are shrinking 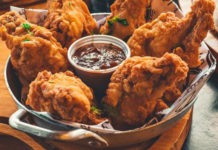 Associated Press - April 20, 2022
Treasury Secretary Janet Yellen urged world finance leaders Tuesday to “get concrete” as they look for ways to combat a looming crisis over food insecurity around the globe that Russia’s war in Ukraine has made even worse.

Is Krak Boba as addicting as it claims to be?

Contributed - October 19, 2020
On July 18, Riverside introduced its newest addition to its already long list of nearby boba shops. Krak Boba opened up at 3907 Chicago Ave Suite B, Riverside, CA also known as where Roasting Waters used to be. Being a boba connoisseur myself, I was ecstatic to see what this new boba place offered, so I waited for the perfect time to review the drinks offered at Krak Boba to see just how addicting they are, if at all.