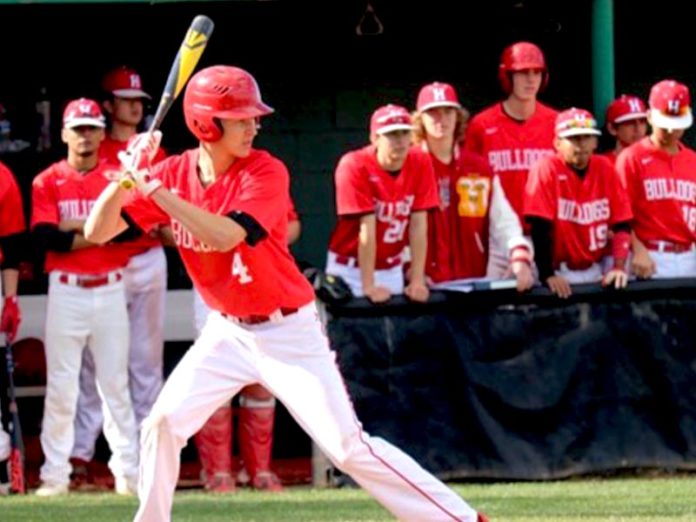 Spring Baseball is around the corner for High School Athletes

Spring sports are around the corner and you know what that means: baseball season is here. Let’s take a look at how the teams finished last year, and make some way-to-early-but-interesting predictions on how they may place this season. Last year Tahquitz finished at the top of the league with a 17-8-1 record. They outscored their opponents 147 runs to 74. They made it into the playoffs but lost in the first round against Santa Margarita 7-1. Tahquitz graduated six seniors at the end of the season including their catcher and four pitchers. This means that coming into this season they will have an entirely new pitching staff as well as a new catcher. It will be interesting to see how Coach Savage was able to fill those spots and rebuild his roster. Last year Dylan Plutner, Ezra Farmer and Jacob Hyde are the only returning pitchers from last year’s CIF roster. This season’s Tahquitz roster is carrying seven seniors, so there is definitely veteran leadership, especially from Travis Booth who comes from the football team.

Citrus Hill also made it into the playoffs last year with a 17-11 record, but there glory was short-lived: they had a first round exit against Moreno Valley. They graduated six seniors of their 25 man roster which means they have plenty of new talent on this season’s team. Expect them to be very competitive against the other teams in the league.

San Jacinto was in third place in the Mountain Pass League with a 15-11 record. They were outscored by their opponents 125-109 and went on a horrendous five game losing streak to close out the season. They only graduated five seniors. Even being third in the league, they still made it into the playoffs, but lost in the first round against Ramona. The Tigers will be aiming to finish the season in the top three again this year. They have their work cut out for them.

The Bulldogs went 12-13-1 on the season and missed a CIF berth. They only graduated four seniors, so they have virtually the same exact team coming back, but with the addition of four new players. Best case scenario is that the Bulldogs will experience addition by subtraction this season and the four replacement players will come in and play better than the four they lost. Otherwise the Bulldogs are looking at a similar finish as last year hovering around .500.

West Valley finished their season last year with a 9-13 record, what is odd is they outscored their opponents 107 runs to 83. The runs just didn’t come at the right time. They have a new coach this season and some new faces on the team. They only graduated two seniors last season. This season they will dress nine seniors.

Beaumont finished the season 9-17 last season, they graduated six seniors. Don’t expect much to change from the Cougars, unless they have a secret weapon they have been hiding in their farm system (JV/Freshman Teams).

Notable Returning Players According To The Numbers:    Last season’s best hitter, Marty Munoz (Citrus Hills) will return.  He posted a .447 BA on the year. Jacob Mcmillon and Ethan Leonard from Hemet were both top five in home runs last season at 59 & 58 respectively, and they are ready to lead the Bulldogs offense this year. West Valley returns the two leaders in steals from last season Gabe Castro (12) and Issac Sandoval (11). Issac Sandoval is also last year’s strikeout leader (68) and banked in one no hitter.

Kyle Headlee - October 17, 2019
Last Friday night West Valley traveled to “The Jungle” to try to take out the Tigers. They knew going into the matchup that they were the underdogs and they embraced the role. They needed to come out and make a statement in the beginning of the game.

Kyle Headlee - August 4, 2019
Week three of Hardknocks was nothing less than intense. The physicality was escalated to a whole new level, and the players...