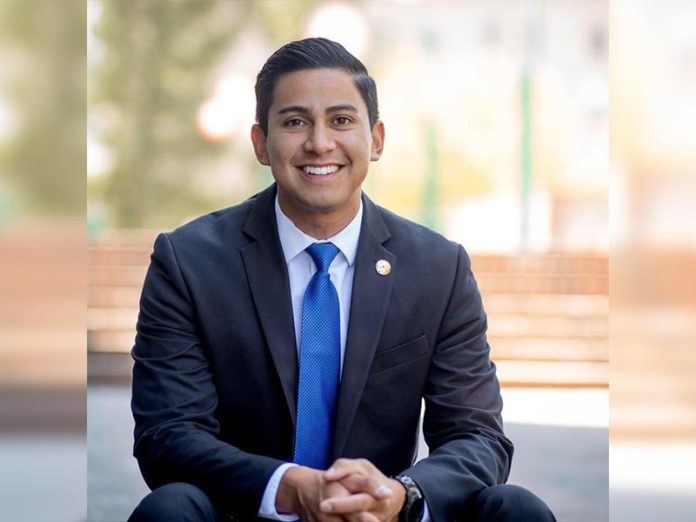 (Managing to chart a new direction)

What’s the job of a City Manager?

The thirty-something Lopez has his work cut out for him, but he wasn’t offered the job because he’s unsure of himself or his vision, or because he isn’t equipped for the job. Lopez did his undergrad work as Cal-Poly Pomona (CPP), earning a BA in Poli-Sci with a minor in GIS (Geographic Information Systems), finally receiving his Masters degree in Public Administration from CPP.

Lopez points to his work with the CIP as one of his proudest accomplishments. “I’m proud of the fact that we empowered the engineering staff, and they responded. We allowed them to do their job and pointed them in the strategically best direction,” says Lopez, adding, “I’m looking forward to our Departments accomplishing much more in the future.”

While the city nominated Lopez to permanency in a closed-session meeting, all those involved are hoping that the needed contract negotiations will go smoothly and that Lopez can continue his tenure seamlessly. I see nothing but great opportunities here in Hemet. There are lots of exciting things in the works for the city and for our citizens.

If Lopez’s position becomes permanent, the number 1 priority for the very-candid Lopez, is financial stability. “We are working diligently to prove that we are financially forthcoming and stable: we believe that this is a critically important step to move the city, and the agency forward so that we may provide the best level of services possible to the citizens of Hemet.”

If the past is indeed prologue, Chris Lopez is up to the task.